We take a look at how the Kia Sonet’s pricing stacks up against the other compact SUVs. 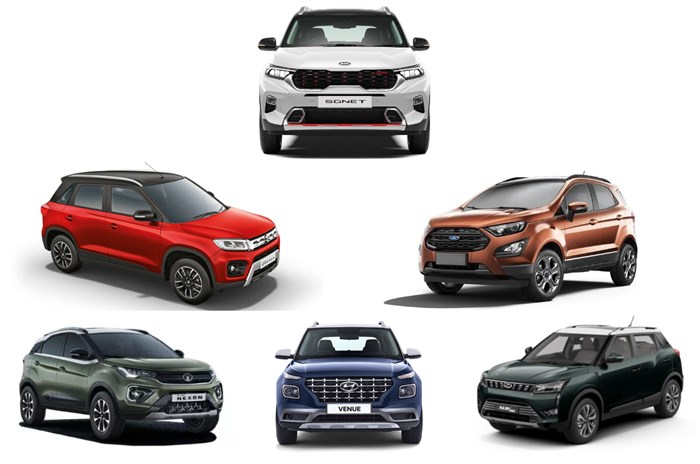 The Kia Sonet has just been launched in India, with prices starting at Rs 6.71 lakh. This is Kia’s third offering in our market and is positioned in the extremely competitive compact-SUV segment. We analyse the new Sonet’s prices to see where exactly it sits in the segment.

Here are the key points concerning the Kia Sonet

How does the Kia Sonet compare to its petrol rivals?

It should be noted that Kia offers the Sonet with two petrol engines, which include an 83hp, 1.2-litre, naturally aspirated unit (with a 5-speed manual) and a 120hp, 1.0-litre, turbo-petrol unit (with a 6-speed iMT gearbox or 7-speed DCT automatic).

As we can see from the table above, the Ford EcoSport has the most expensive petrol manual in base trim. Though, at the top end, the Kia Sonet has the priciest petrol-manual, which is down to the fact that the 1.0-litre turbo-petrol engine only comes with an iMT gearbox and not a conventional manual. However, it is worth mentioning that the Hyundai Venue also features an iMT gearbox in its top-spec SX(O) trim, priced at Rs 11.13 lakh (Rs 68,000 less).

The most affordable petrol-auto in the segment is the Tata Nexon, as both its base and top-spec variants undercut the competition, while the Ford EcoSport has the costliest petrol-autos in this segment, for now.

The most affordable DCT automatic in the segment is still that of the Hyundai Venue 1.0-litre, S trim priced at Rs 9.65 lakh, which is Rs 84,000 less than the Sonet HTK+ trim. As we go higher up the range, the gap widens as the top-spec Sonet GTX+ trim (Rs 12.89 lakh) is a remarkable Rs 1.43 lakh more expensive than the top end Venue 1.0 SX+ AT, but then the top-spec Kia is better equipped too.

How does the Kia Sonet compare to its diesel-powered rivals?

As we can see from the table above, the diesel manuals are all priced relatively close to each other, with the base-spec Sonet being the most affordable and just undercutting the Hyundai Venue. On the other hand, the Mahindra XUV300’s diesel manual range is the most expensive, though only fractionally more so than the Ford EcoSport’s.

In the diesel automatic category, there are only three contenders, with the Nexon and XUV300 both equipped with AMT gearboxes. The Kia Sonet is the only car in the segment to offer a torque-converter automatic gearbox with the diesel, giving it a distinct edge.

How do the Kia Sonet’s prices compare to rivals?

Considering the variety of engine-gearbox options, features and variants the Kia Sonet is offered with, the carmaker has covered almost all price points in the segment. However, this has also made the higher variants of the Sonet notably more expensive than its rivals.

So though the Kia Sonet does offer the widest spread of prices and the longest equipment list, it does get quite expensive at the top end of the range.