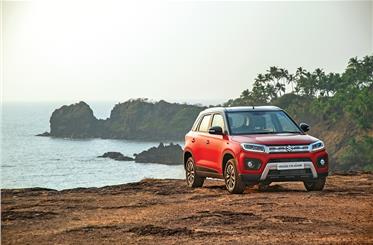 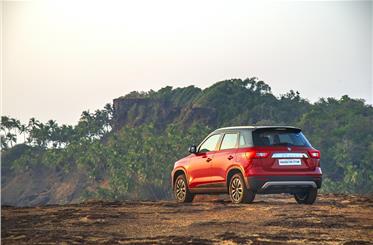 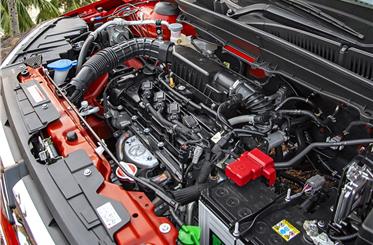 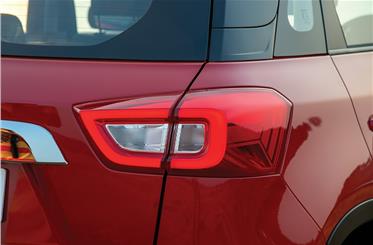 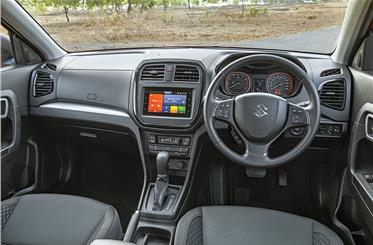 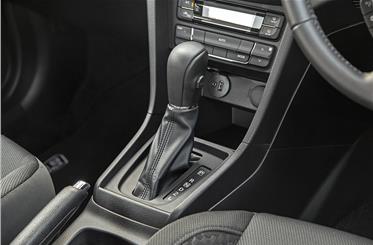 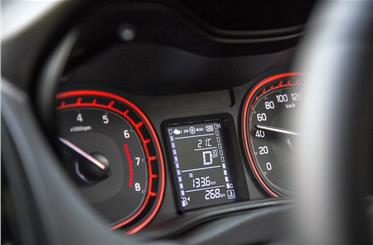 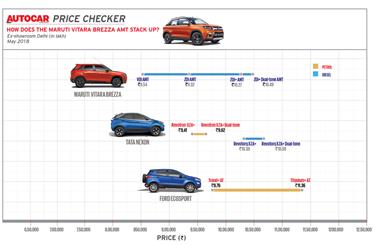 Choose From Below Suggested Car

The Brezza in its name may mean 'breeze' but the Maruti Suzuki Vitara Brezza actually took the market by storm. The compact SUV has been a ...

The Brezza in its name may mean 'breeze' but the Maruti Suzuki Vitara Brezza actually took the market by storm. The compact SUV has been a hit from day one. 2020's facelift brings in mildly refreshed styling but marks a major change under the bonnet. The Brezza's 1.3-litre diesel engine has made way for a BS6-compliant 1.5-litre petrol unit. Now a petrol-only model, the Vitara Brezza is available with 5-speed manual and 4-speed torque converter auto transmission options. Curiously, Suzuki's efficiency-enhancing SHVS mild-hybrid tech is only part of the package on the automatic version of the Brezza. Commendably, the Vitara Brezza has been rated 4 stars by Global NCAP on adult occupant protection.   The Maruti Suzuki Vitara Brezza rivals the Hyundai Venue, Tata Nexon, Mahindra XUV300 and Ford EcoSport.

The Maruti Suzuki Vitara Brezza might not break new ground for design but its boxy silhouette and upright stance give it the right look. 2020&rsquo...

The Maruti Suzuki Vitara Brezza might not break new ground for design but its boxy silhouette and upright stance give it the right look. 2020’s update that has brought in new bumpers, LED headlights and new alloy wheels adds some glamour to the look. Changes to the inside, however, are restricted to an upgraded touchscreen infotainment system. There’s nothing particularly remarkable about the dashboard design but it is well laid out and user-friendly. Drivers will like the relatively high seating position while rear seat occupants will also appreciate the good view out and generous space on offer. The well-shaped boot also adds to the Brezza’s practicality. The Vitara Brezza comes powered by a 105hp, 1.5-litre petrol engine shared with the Maruti Suzuki Ciaz and Maruti Suzuki Ertiga. The engine is smooth and quiet, there’s enough pep at low speeds, and, though unexciting, there's a pleasant build of speed. Overtaking traffic won’t pose much of a problem either, but what’s missing is that mid-range kick that you’d get on a turbocharged engine. The Brezza petrol’s standard-fit 5-speed manual gearbox requires little effort, and the light clutch is also easy to live with in town. The Brezza automatic is also likeable in its own way. The 4-speed torque converter automatic-equipped Brezza is well in tune with the engine’s easy-going character. It’s just when you want immediate power that the gearbox tends to falter, taking a bit of time to get to the right gear.  In other areas too, the Vitara Brezza feels different now. The steering is lighter and requires less effort to twirl, while low speed bump absorption is nicer too. On the flip side, the steering has lost some of the older Vitara’s directness, which takes away confidence at higher speeds. There’s also more vertical movement when you go faster.

The Maruti Suzuki Vitara Brezza petrol-manual is available in 4 trims while the petrol-auto is available in 3 trims. The Brezza petrol-auto is convenient to live with but it’s not the most exciting or well-equipped SUV for the price. The Brezza manual, on the other hand, comes across as reasonable value. All versions of the Vitara Brezza get dual airbags, ABS, reverse parking sensors and ISOFIX child seat mounts as standard fit. Mid-spec VXi trim cars get LED headlights and make sense for buyers on a budget. However, it’s the higher-spec ZXi versions that offer good bang for your buck. Alloy wheels, a 7.0-inch touchscreen infotainment system, driver’s seat height adjust, rear wash/wipe and cruise control are part of the package. Fully-loaded ZXI+ versions add in precision cut alloy wheels, auto headlamps, auto wipers, an auto-dimming mirror and a reverse camera for more money. Maruti hasn't made any sheet metal changes to the Vitara Brezza. 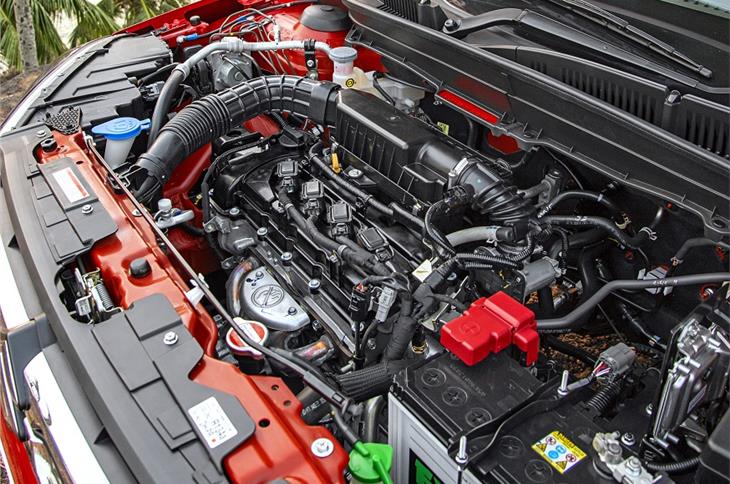 The big change is under the hood. A 1.5-litre petrol comes in place of the 1.3 diesel. 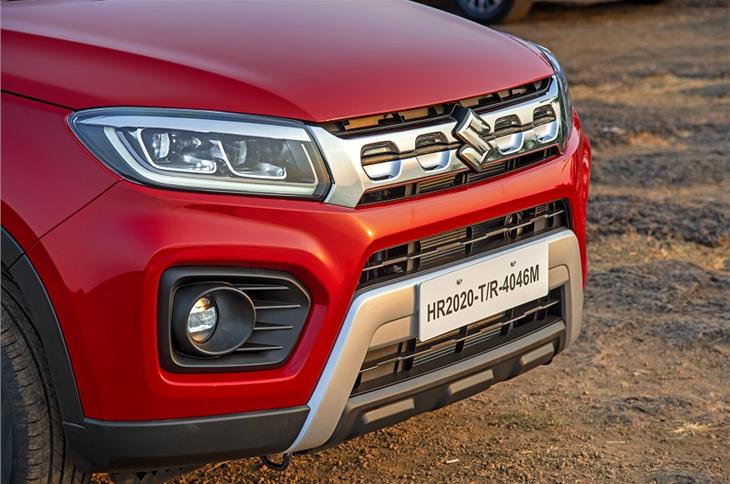 The styling changes are concentrated at the front end. 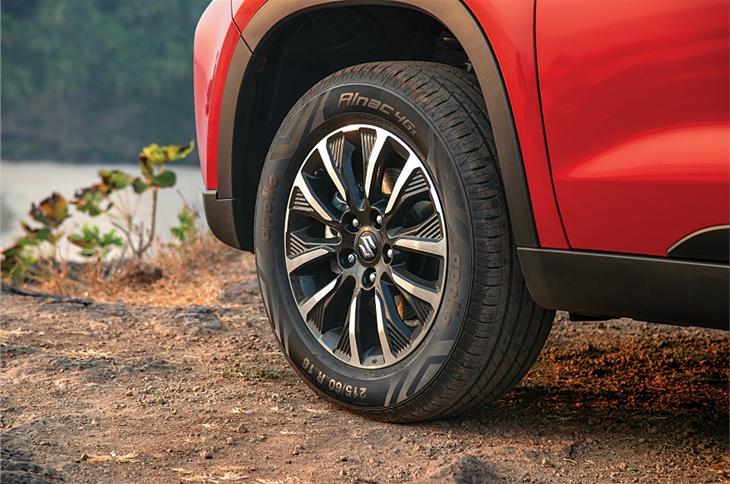 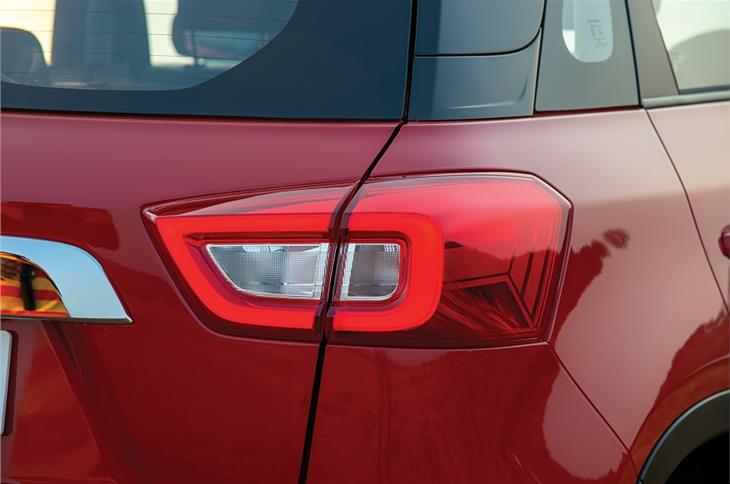 Dashboard is carried over without changes. Vitara Brezza petrol gets option of a 4-speed automatic. The Vitara Brezza AMT undercuts rivals and comes in more variants too. In an overcrowded compact SUV space, the Brezza is a dependable, unpretentious car with a loyal fan following. 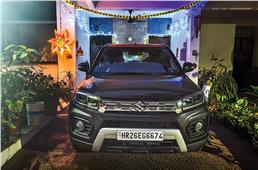 The petrol automatic Brezza turns out to be a great companion for a family vacation at a relaxed pace. With the major facelift, Maruti Suzuki has as excellent opportunity to have its first 5-star rated car and the GNCAP ... The new Brezza will also feature a sunroof and six airbags on higher variants.

2022 Brezza to have many firsts for Maruti

The updated Vitara Brezza is expected to hit showrooms by June this year and will be among six new Maruti launches li...