Waiting period for the Baleno has crossed the four-month mark for most variants, and deliveries are in full swing. 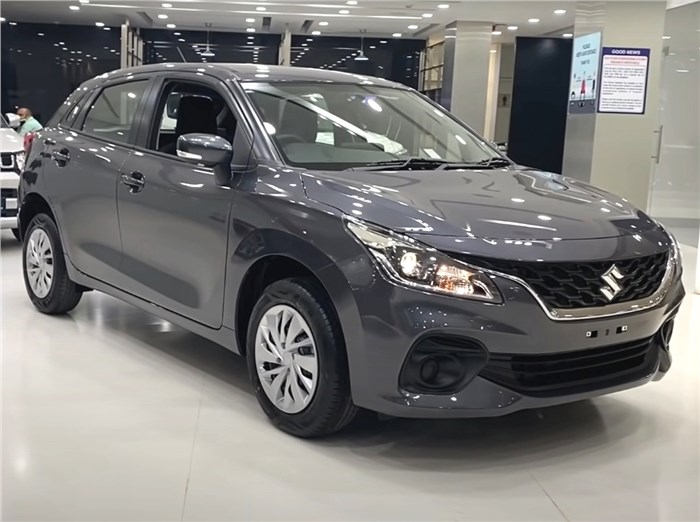 Sixty percent of the bookings for second-generation Maruti Baleno hatchback have been for the top Zeta and Alpha trims that feature six airbags. The two trims are equipped with dual front, front-side and curtain airbags, taking the total airbag count to six.

Alongside the Hyundai i20 and the Toyota Glanza, the all-new Baleno is the only other premium hatchback in the country to offer six airbags.

The all-new Baleno comes in four variants – Sigma, Delta, Zeta and Alpha. While Sigma and Delta get dual front airbags, Zeta and Alpha feature six airbags. They get equipment like power-folding mirrors, Android Auto and Apple CarPlay, and auto climate-control. The Zeta variant adds in the segment-first 360-degree camera and head-up display, among other features like cruise control, auto-dimming inside mirror. One can opt for an AMT automatic gearbox from the Delta variant onwards. AMT-equipped Balenos get ESP with hill-hold, which are also available for the manual transmission in the top-spec Alpha variant.

The Baleno is powered by a sole 90hp, 1.2-litre, four-cylinder DualJet K12N petrol engine, which is paired either to a 5-speed manual or a 5-speed AMT automatic gearbox.

As far as the booking profile goes, Maruti has registered 20 percent bookings for the AMT-equipped variants of the car.

Maruti recently announced that the all-new Baleno had secured more than 50,000 bookings within six weeks of the commencement of orders. At the launch day alone, Maruti registered 25,000 orders. The previous-generation Baleno was India’s highest-selling premium hatchback.

Launched with an overall investment of Rs 1,150 crore, including investments by suppliers, the all-new Baleno aims to sell more per month than the outgoing model’s average monthly sales of 15,000 units. This would give it a 25 percent market share in the premium hatchback space, which includes cars like the Honda Jazz.

Speaking to our sister magazine Autocar Professional, Shashank Srivastava, senior executive director, marketing and sales, MSIL, said, “We already have a 60 percent segment share of the premium hatchback category with products like the Baleno, Swift and Ignis, and with the new model, we target the remaining 40 percent.”

Maruti will also introduce a CNG option in the near future to cater to buyers’ preference for alternate fuel amid rising petrol prices.

The all-new Maruti Baleno is priced from Rs 6.35 lakh-9.49 lakh (ex-showroom, India) and rivals other premium hatchbacks like the Tata Altroz, Volkswagen Polo, Honda Jazz, Hyundai i20, and Toyota Glanza. It is sold through Maruti’s Nexa line of dealerships.

It's all good till it comes to the "el cheapo" AMT and at this price range doesn't cut it. It's also not as reliable as a CVT or torque converter in the long run. Maruti is hell bent on shoving the AMT down the unsuspecting throats of it's clients who literally swear by the brand.

It's all good till it comes to the "el cheapo" AMT and at this price range doesn't cut it. It's also not as reliable as a CVT or torque converter in the long run. Maruti is hell bent on shoving the AMT down the unsuspecting throats of it's clients who literally swear by the brand.