The refreshed Maruti Suzuki Baleno has a waiting period of three to four months. 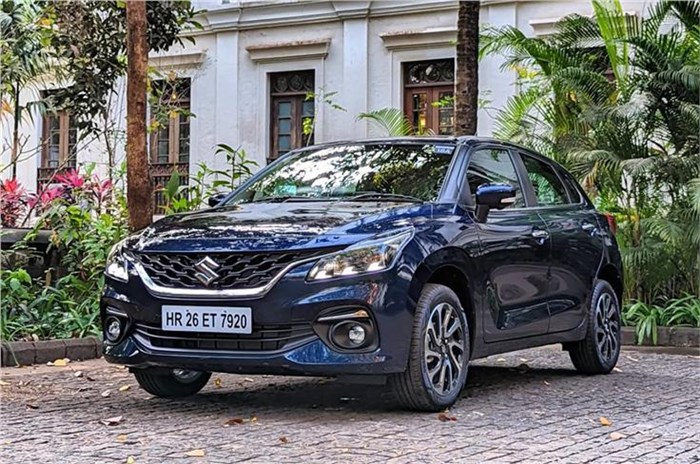 Maruti Suzuki’s new Baleno has gathered 50,000 bookings since its launch in February, the brand has said. The Baleno is sold via Maruti Suzuki’s premium Nexa outlet chain. Waiting period on the Baleno currently stands at around three to four months, depending on the variant and stock availability.

The 2022 Maruti Suzuki Baleno is a full model change, and, as part of the update, gets a completely new design inside out. Additionally, it also gets a longer equipment list, which includes first-in-class features like a heads-up display (HUD) and a 360-degree camera, and is available in four trim levels – Sigma, Delta, Zeta and Alpha. It is powered by a sole 90hp, 1.2-litre, four-cylinder DualJet K12N petrol engine, which is mated either to a 5-speed manual or a 5-speed AMT automatic gearbox.

Recently, Toyota introduced the updated Glanza that’s based on the Maruti Suzuki Baleno, and also shares the same powertrain. The Glanza is priced at a slight premium with prices ranging between Rs 6.39 lakh-9.69 lakh. Both cars are built at Maruti Suzuki’s Gujarat plant for India as well as export markets like South Africa – where the Baleno will be sold with a 1.5-litre petrol engine. The Glanza, which is sold as the Toyota Starlet overseas, is expected to get the 1.5-litre engine as well.

In addition to the badge-engineered Toyota Glanza, the 2022 Baleno goes against other premium hatchbacks in the market, namely the Hyundai i20, Tata Altroz, Honda Jazz and Volkswagen Polo.