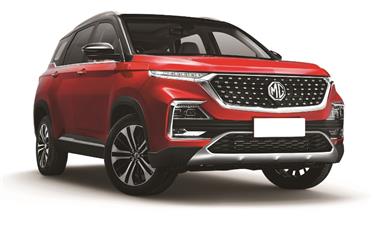 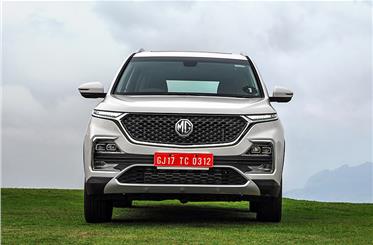 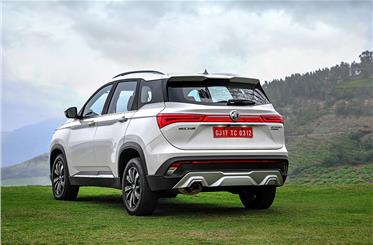 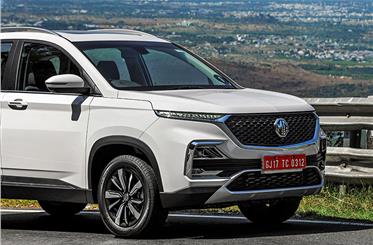 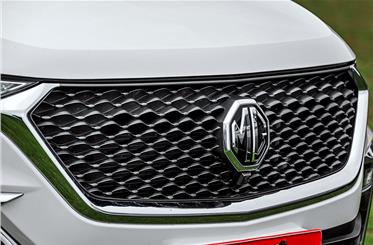 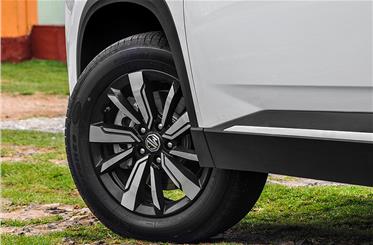 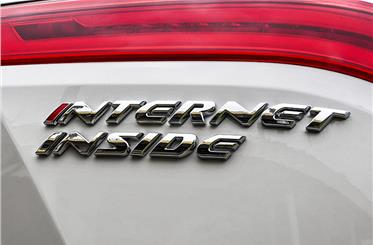 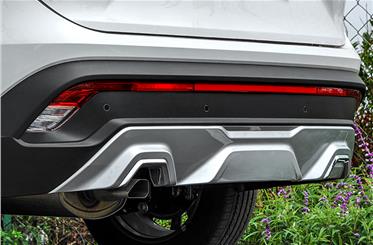 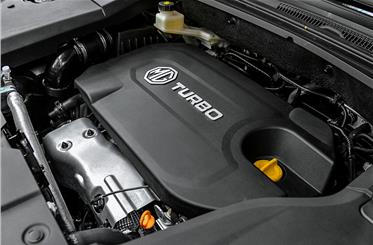 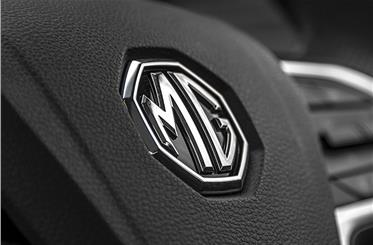 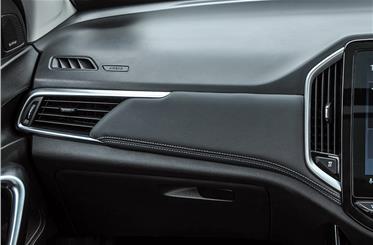 The Hector is Chinese-owned British carmaker Morris Garages’ first stab at the Indian market and it sure has some interesting ingredients. An...

The Hector is Chinese-owned British carmaker Morris Garages’ first stab at the Indian market and it sure has some interesting ingredients. An eye catching design, massive proportions and new-age tech make it a well-rounded package that should definitely be on the radar of prospective mid-size SUV owners. Though truly a rival for the Tata Harrier, Mahindra XUV500 and Jeep Compass in terms of its sheer size, keen pricing has also placed it precariously close to the likes of the Hyundai Creta. MG Hector engine choices include a petrol-manual, a petrol-automatic and a diesel-manual. There is also the option of mild-hybrid technology on the petrol-manual powertrain. Of the other talking points, there’s an industry first 5 year/unlimited km warranty.

The MG Hector pretty much outsizes everything in its class. Its length and wheelbase are the largest amongst its rivals, though the narrow girth an...

The MG Hector pretty much outsizes everything in its class. Its length and wheelbase are the largest amongst its rivals, though the narrow girth and excessive rear overhang do throw proportions off a bit. The 2021 facelift brings in a set of larger, 18-inch wheels which better suit the stance of the Hector. A generous use of chrome means the Hector is big on bling and elements like the split LED DRLs and headlamps set up ensure the MG grabs attention. The MG’s cabin is simply cavernous and there is space aplenty for five passengers and their luggage. Range-topping versions get a massive panoramic sunroof that only adds to the airy feel in the interior. There are lots of other goodies on board and the features really are a draw in their own right. The much talked about 10.4-inch touchscreen that comes armed with connectivity tech is the focal point on the dashboard. Material quality is largely good but you will find some less special bits in the Hector interior as well. The MG Hector diesel’s 170hp, 2.0-litre engine, mated to a 6-speed manual transmission, packs enough grunt and impresses with its linear power delivery and refinement. A snappy clutch remains a pain point of the Fiat-sourced engine though. The MG Hector petrol gets a 143hp, 1.5-litre turbocharged unit with a 6-speed manual as standard and a 48V mild-hybrid setup as an option. The petrol hybrid is easy-going but lacks oomph for quick overtakes. The dual-clutch transmission does add convenience to the package but its not the slickest of gearboxes. The Hector’s ride quality is fairly good at town speeds, but up the pace, and you’ll get a fair bit of body movement on undulating surfaces. The MG doesn’t feel as well tied down as rivals at triple digit speeds either and the noticeable body roll also means it simply isn’t a driver’s car. The Hector’s steering isn’t the most feelsome but it is light at low speeds and makes it easy to manoeuvre the large SUV.

Had we been signing on a cheque for the MG Hector, we’d definitely do so for the diesel. The punchy engine suits the character of the massive...

Had we been signing on a cheque for the MG Hector, we’d definitely do so for the diesel. The punchy engine suits the character of the massive SUV and also packs in ample grunt for long distance journeys. While we are yet to drive one and cannot pass judgement on it as yet, the Hector petrol-automatic could be an interesting choice for urban buyers too. The MG Hector SUV gets dual airbags, ABS, ESC, hill hold, rear parking sensors and Isofix child seat mounts as standard across the range. Of the four variant on offer, the Super trim makes for a smart value-for-money buy. It has almost everything that you’re looking for – 17-inch alloys, LED headlights, the massive 10.4-inch touchscreen, cruise control, front and rear parking sensors and a rear parking camera. However, for the full experience, consider the range-topping Sharp trim. It’s the best equipped of the Hectors and gets six airbags, powered front seats, 360-degree parking camera, heated wing mirrors, 7-inch colour multi-info display, ambient lighting and the all-important panoramic sunroof. 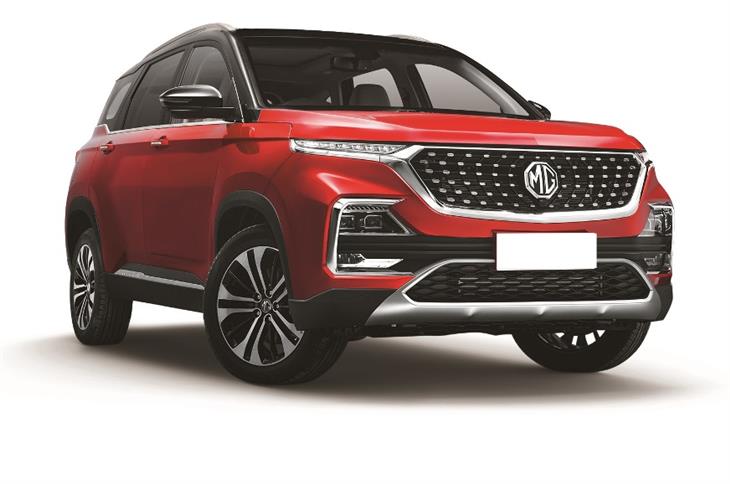 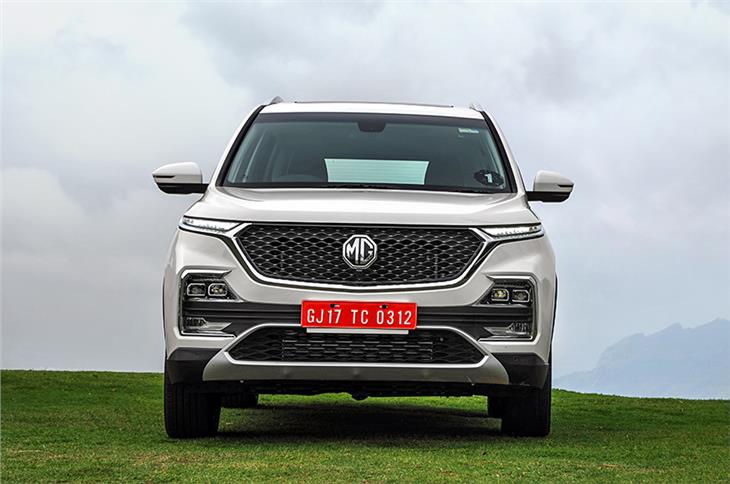 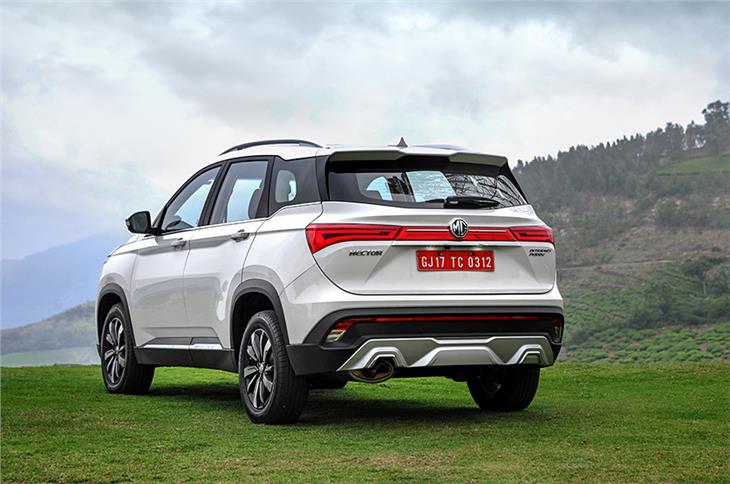 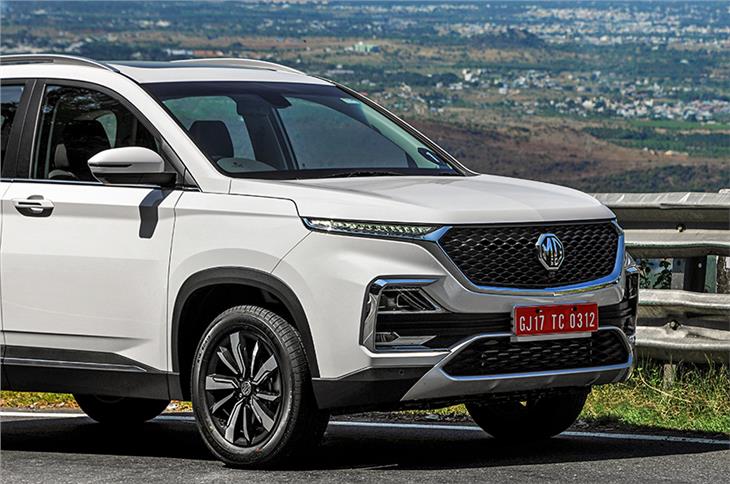 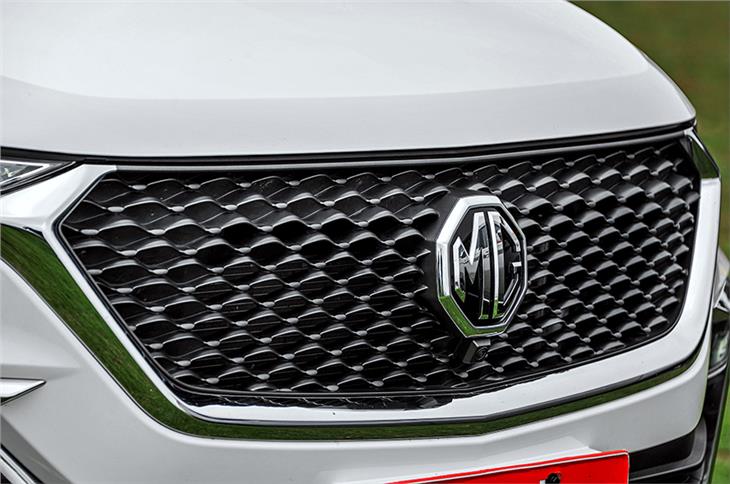 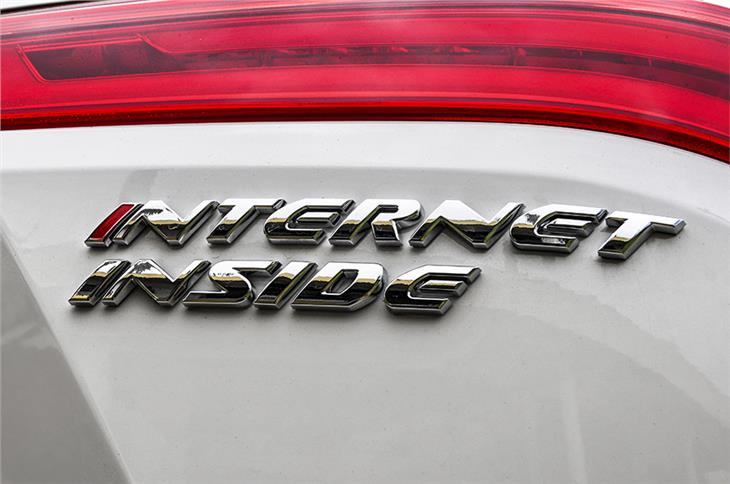 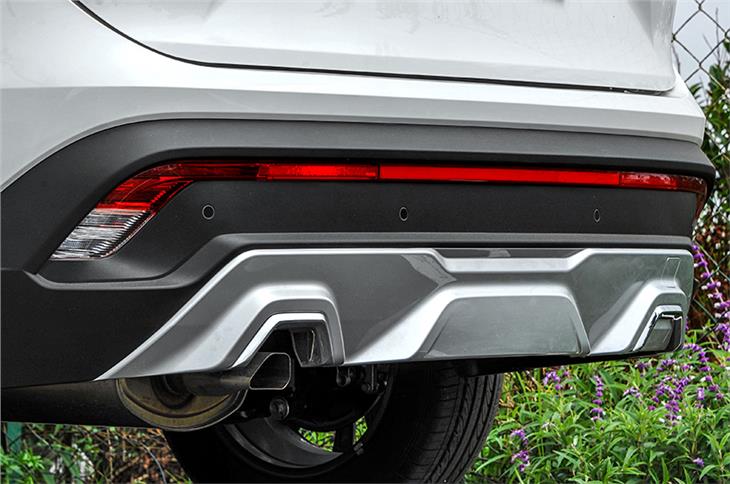 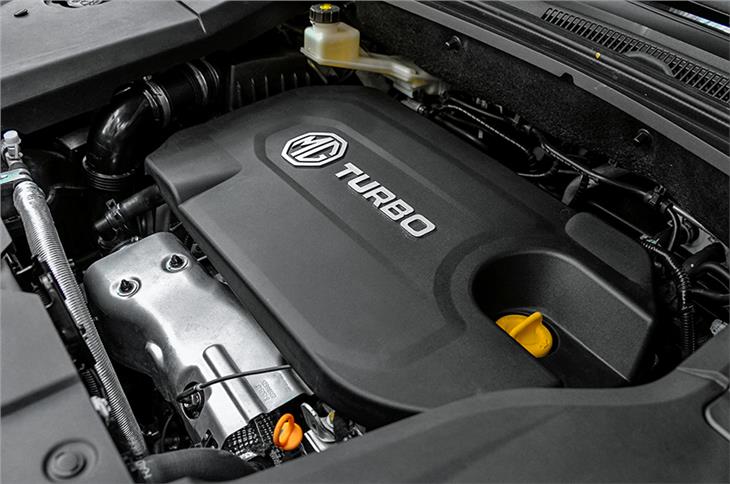 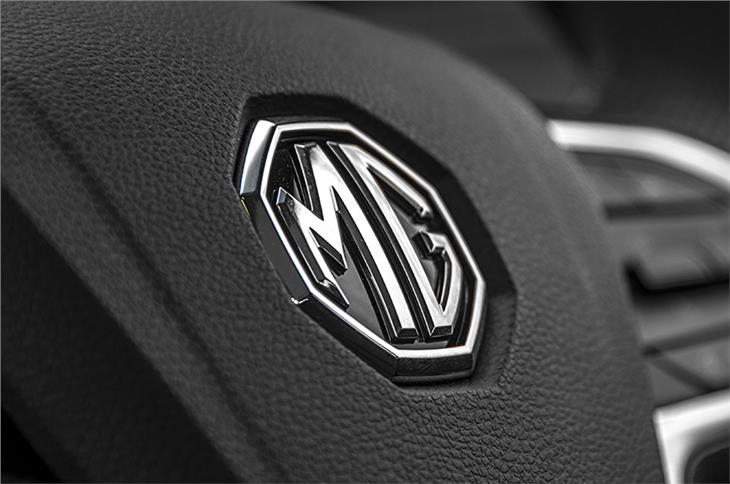 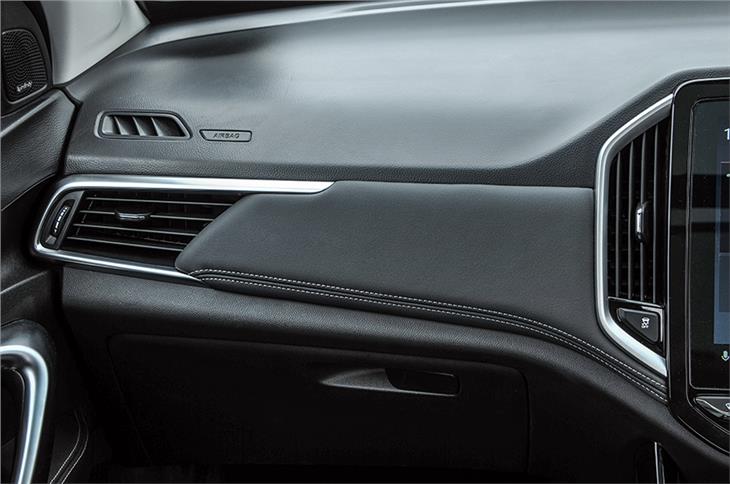 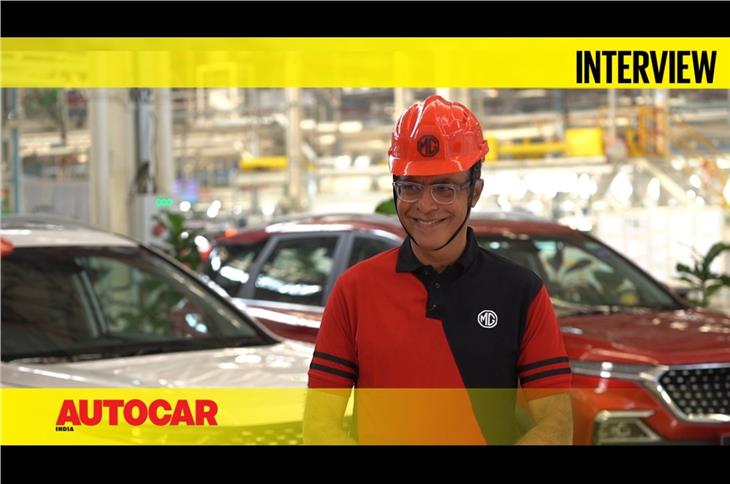 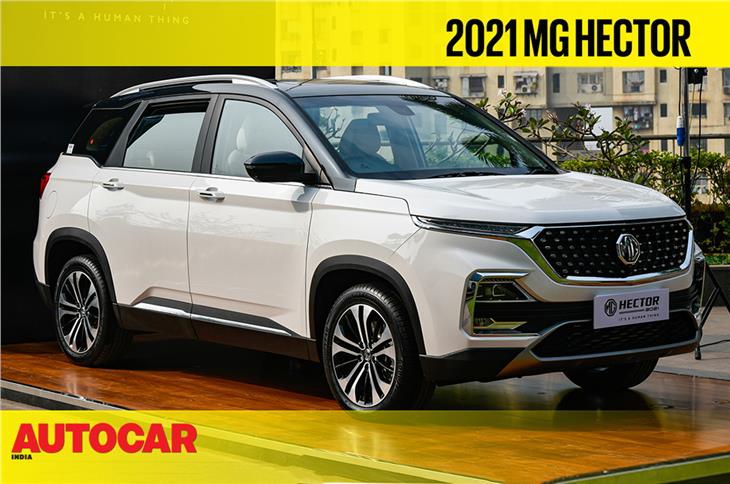 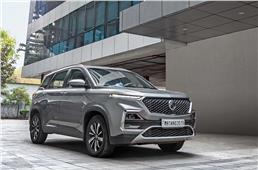 We bid goodbye to our long-term MG Hector, which has over the months impressed us with its size, levels of comfort an... 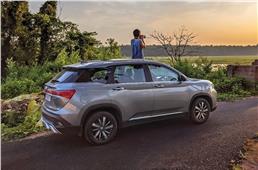 After spending most of its time in pandemic-induced short-haul runs, the Hector finally got to stretch its legs on a ... 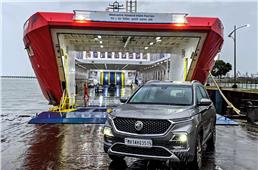 It clearly impresses with its size, features and sharp-cut design, but just how agreeable is the big Hector to live w...

Petrol CVT now the sole automatic option in Hector line-up, while hybrid and diesel continue to remain manual only.

The Hector will be MG’s the first model to be exported out of India. More South East Asian countries will follo...

The MG Hector Shine is available with petrol-MT, petrol-CVT and diesel-MT powertrain options; gets a new single-pane ...