Here are all the key differences between the 2022 Baleno model and the outgoing one. 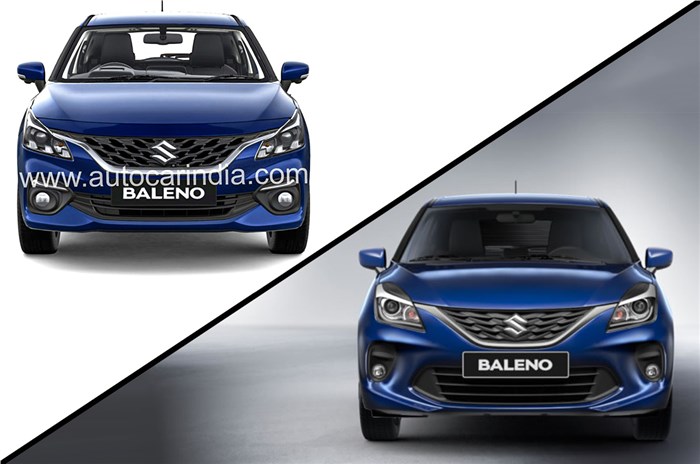 Maruti Suzuki is gearing up to launch the new Baleno next week, and we recently got the clearest look at the refreshed premium hatchback. Given that the new Baleno has received a significant update over the 2019 facelift, we compare the two models in order to highlight their differences.

In terms of styling, the most noticeable changes between the two models are with the front and rear end design. Up front, the new Baleno features a wider, honeycomb patterned grille that has a silver strip accentuating its base and extending all the way into the new wraparound headlights.

The headlights themselves are also wider, projector units with a new three-element LED DRL signature. The front bumper of the two models has a similar layout, though the new Baleno larger fog light housings and a wider air damn. Its clamshell bonnet design is also flatter and, all in all, the new Baleno has a wider and more planted look. 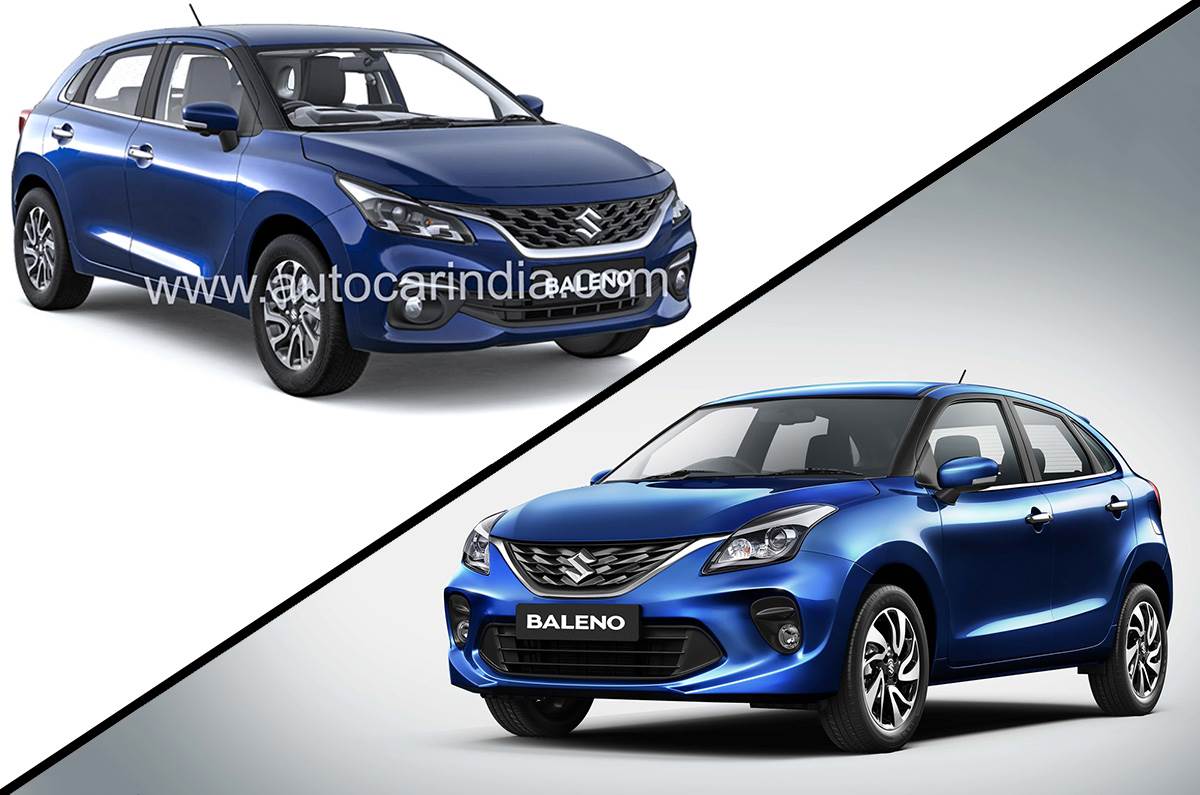 Viewed from the rear, what stands out on the updated Baleno is the new C-shaped LED tail-lights that extend onto the tailgate, along with the new rear bumper with the reflector strips positioned higher up. Besides this, the tailgate shape, rear glasshouse and even the spoiler look quite similar to the current model. In profile, too, both models appear virtually identical, with the only real differentiators being the new Baleno’s window line chrome strip extending up to the rear quarter glass and the sharper crease on the shoulder line. 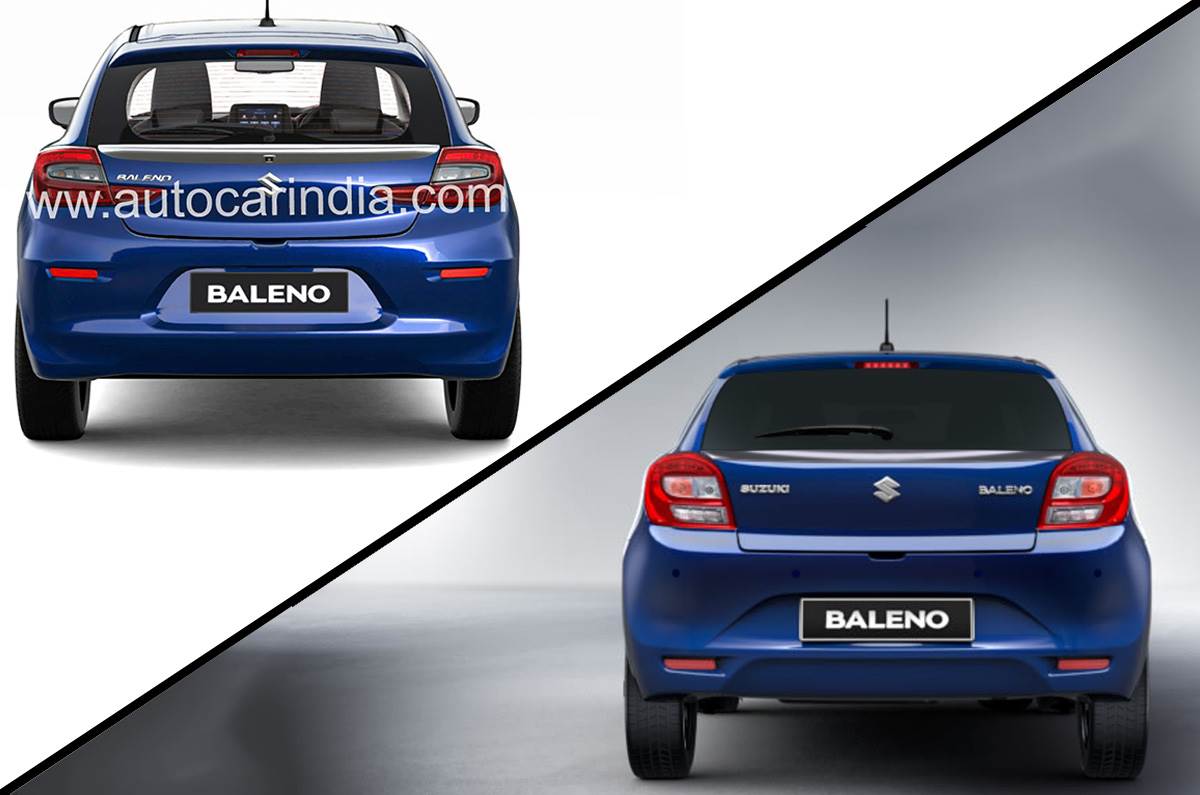 Dimensionally, both versions of the Baleno are very similar, given that there has been no change in platform and any disparity will be down to the cosmetic changes. According to the numbers we have received, the new Baleno's 2,520mm wheelbase and 1,745mm width are the same as the outgoing model. However, the length of new Baleno is 5mm less (it measures in at 3,990mm) and even its overall height is down by 10mm (measuring in at 1,500mm). 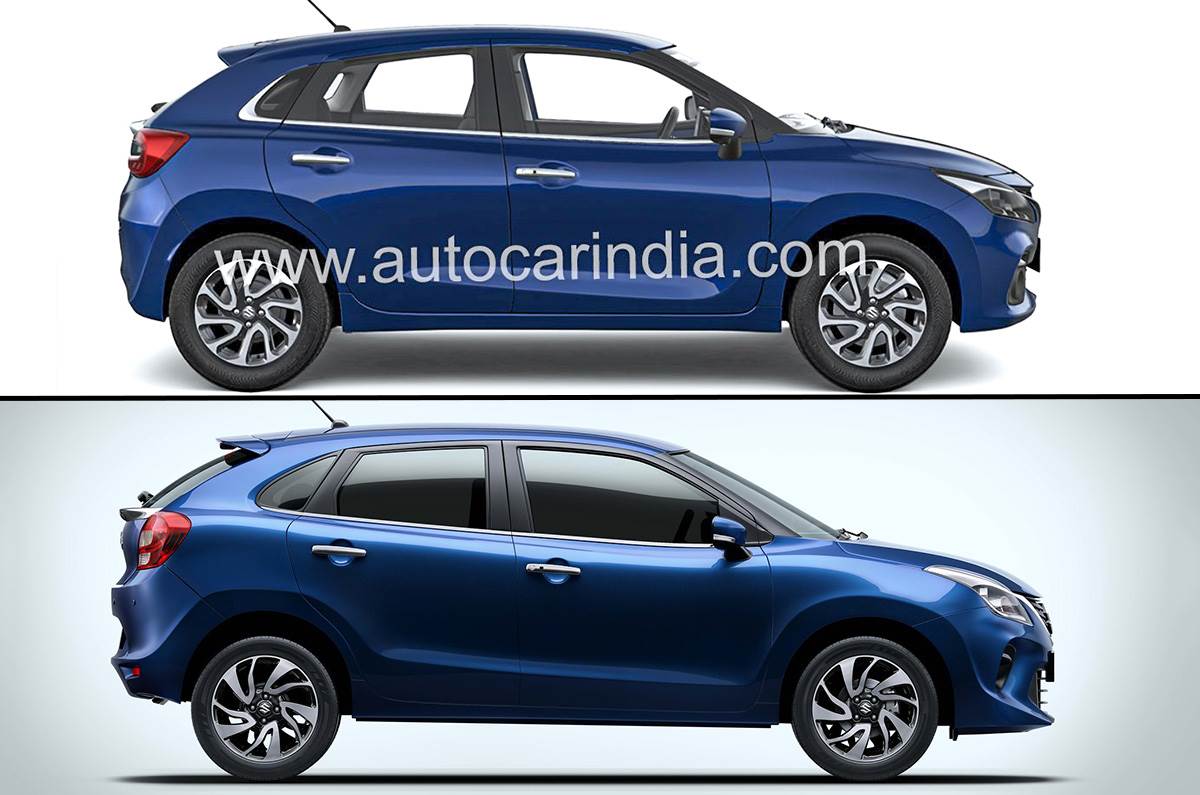 Maruti has really put some effort into updating the interiors as well. Gone is the older model's predominantly black cabin theme and waterfall design for the dashboard. Instead, the new models features an all-new layered design for the dashboard, somewhat reminiscent of the new S-Cross sold internationally. The refreshed Baleno’s dashboard makes use of more colours, with the top section being black, middle section having a silver accent line running across the width of the cabin, and the lower section carrying a dark blue finish which also extends to the door cards.

That’s not all, as the 2022 Baleno’s AC vents have been redesigned, it has a free-standing touchscreen infotainments system, there is a new design to the instrument cluster (still has two analogue dials with a digital MID in the middle), the automatic climate control switchgear has also been changed and positioned marginally lower, the front seats are new and a there is also a new steering wheel design – similar to the one seen in the Swift. 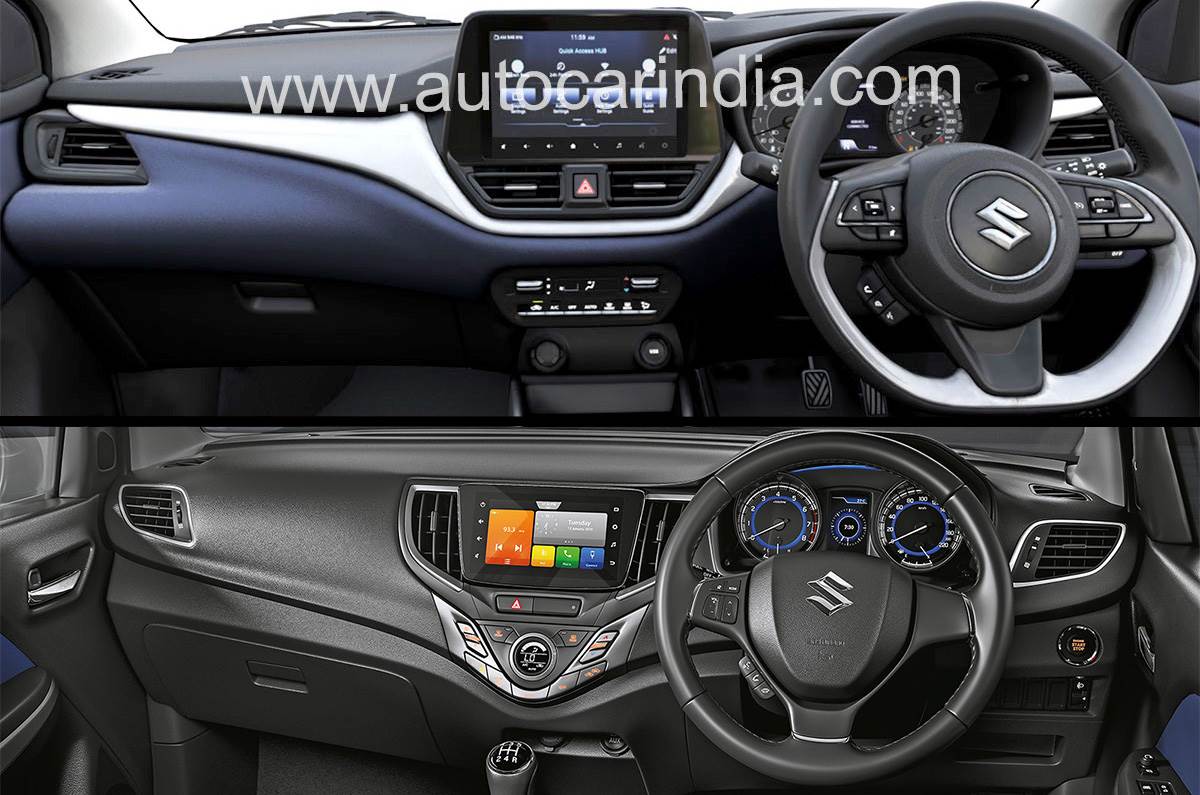 On the features front, the new Baleno further improves on the equipment levels compared to the outgoing car. Features new to the top-spec Baleno will be Maruti’s Smartplay Pro+ connected car tech, an Arkamys surround sound system, a Heads-up display (HUD), 360-degree cameras and six airbags. However, Maruti still won’t offer the updated premium hatchback with a sunroof.

The outgoing Baleno was offered with two petrol engine options, while the updated model will only be offered with one. The engine in question is newer of the 1.2-litre, four-cylinder petrol engines, called the ‘K12N’, which features variable valve timing and has an integrated starter generator (ISG) that allows for auto engine stop/start to help save fuel. Not to be confused with SHVS mild hybrid system Maruti offers on cars like the Ciaz, that also offers a mild electric power boost.

Another change is in the gearbox department, as the five-speed manual still comes standard fit, though Maruti had decided to drop the older Baleno’s CVT automatic in favour of a five-speed AMT unit.