While rivals convert ICE cars into EVs, Maruti and Toyota are working on an EV platform that will use state-of-the-art batteries and offer better cabin space. 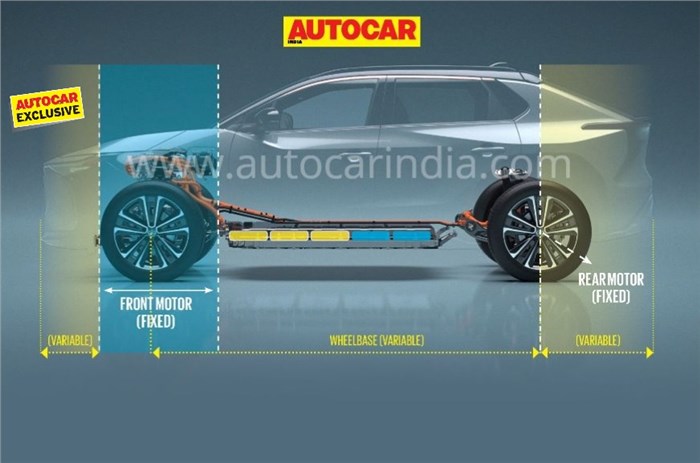 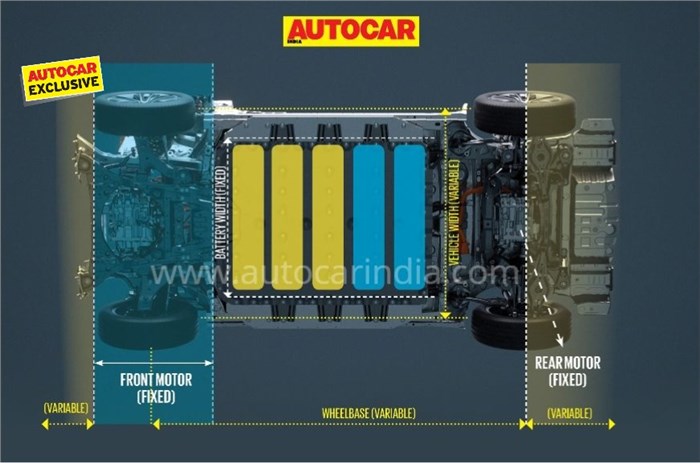 Maruti Suzuki and Toyota are working on an electric midsize SUV that’s slated to be introduced in January 2025. Meant for India as well as other global markets, the EV will be based on a state-of-the-art, born-electric platform, co-developed by a consortium of seven Japanese automakers and suppliers.

The electric skateboard (codename: 40PL) is capable of spawning vehicles in multiple segments with different body styles for domestic and international markets. The combined global volumes of all 40PL based products will result in considerable economies of scale reducing costs of the project considerably, which, no doubt, both Maruti Suzuki and Toyota will take advantage of to gain an edge over the competition in the Indian market.

Maruti Suzuki, no doubt, has lost valuable EV ground, but can take comfort in the fact that it’s yet too early to call a winner in what is not a sprint, but a marathon that needs a lot of staying power. But, neither Maruti Suzuki nor its parent Suzuki have that staying power, the capacity to spend mind-boggling sums of money in cutting edge EV technology and, at the same, continue investing in IC (internal combustion) engine models which rake in the profits to fund their future.

This is why even a fiercely independent Suzuki has had no choice but to follow a global trend of partnerships between automakers to share costs and risks in what is the most disruptive and uncertain period in the industry’s history. It is for this very reason why Suzuki entered into a partnership with Toyota five years ago. This alliance has deepened after Suzuki hitched a ride on Toyota’s EV wagon.

After years of resisting EVs in favour of hybrids, Toyota has finally entered the EV race. But Toyota wants to make EVs properly and that means developing a cutting edge, dedicated platform optimised to spawn world class electric cars for global markets around the world, including India.

In 2017, Toyota, Mazda and parts supplier Denso established a new company EV C.A. (Common Architecture) Spirit Co for the joint development of electric cars. In 2018, Daihatsu, Subaru, Suzuki and Hino joined EV C.A., making it one of the largest EV collaborations amongst manufacturers, in which Toyota holds the majority stake and wields maximum control.

True to its name, the fundamental objective of EV Common Architecture Spirit Co is to jointly develop a common, dedicated EV platform or skateboard and a parts bin of EV components that will be shared by all the companies in this coalition. And to achieve this, the individual strengths of each member automaker are being used.

Denso, for instance, is contributing its expertise in electronics and Mazda is providing assistance in product planning and computer modelling. Subaru is taking the lead in development of certain medium-sized vehicles and lending its 4x4 expertise, while compact cars have been assigned to Suzuki and Daihatsu (more on this later). 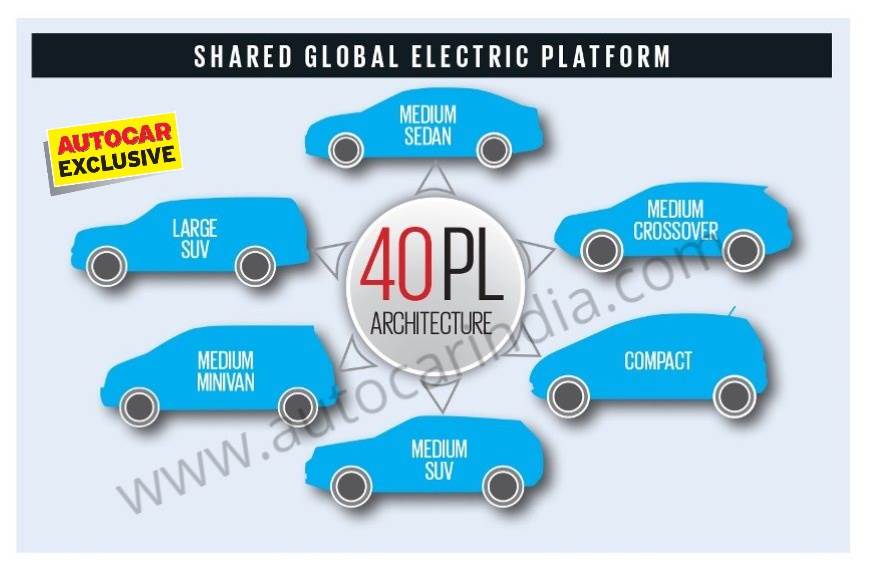 EV C.A. has already completed the development of a bespoke and very flexible skateboard that can support a wide range of vehicles from compact cars to large SUVs and even light trucks. The new 40PL platform is to the EV C.A. group of companies what the MEB platform is to the Volkswagen Group.

The versatility of the 40PL platform stems from the fact that it can accommodate numerous vehicle body types, since elements like the wheelbase, overhangs and the number of batteries can be altered. The only components which can’t be changed are the positions of the front and rear electric motors, the layout under the hood, the position of the driver relative to the front wheels and the width of the battery pack.

The Subaru Solterra, Lexus RZ and the Toyota BZ4X are the first products to be seen on the 40PL new architecture. Each brand has given the 40PL its own name for marketing purposes. Subaru calls it eSGP and Toyota has christened it e-TNGA.

This grand alliance of Japanese automakers has huge ramifications for Maruti Suzuki because parent Suzuki Motor Corporation (SMC) has been given the responsibility of developing a family of small EVs (codenamed 27PL) on the mother 40PL platform. This includes SUVs and MPVs, which will be manufactured in Suzuki’s Gujarat plant for global markets like Europe, Japan and, of course, India.

However, the 27PL series of vehicles aren’t exactly small. As we have exclusively reported, the platform will underpin Maruti Suzuki’s first EV (codename: YY8) that will be even larger than the Hyundai Creta. Toyota will also launch its own equivalent of the all-electric model.

Notably, the YY8 and its sister model will be global products, and exports will be a major consideration for Suzuki and Toyota.  As such, the models are likely to make their global debut in Europe around October 2024, before the India launch, followed by Japan in the first half of 2025.

The volumes that the Japanese carmakers are aiming for will give the 27PL project good economies of scale and justify a high level of localisation, which is the key to making electric cars affordable in India. The YY8 and all its derivatives will no doubt have a high level of local content, including the battery pack, which will be sourced from TDSG, a large-scale battery manufacturing joint-venture between Suzuki Motor Corp., Denso Corp., and Toshiba Corp., set up in Gujarat to locally manufacture lithium-ion battery packs.

Locally sourcing the battery pack, which is singularly the most expensive component of an EV, will no doubt give a big cost advantage over rival manufacturers who at best locally assemble imported battery packs. However, there are no immediate plans for manufacturing lithium-ion cells, which will be sourced from BYD – one of the world’s leading battery makers in China.

Notably, TDSG will be using the ‘Blade Battery’ cells unveiled by BYD in early 2020. The Chinese EV major claims that the Blade cells are “ultra-safe” and cheaper, since they go directly from the cell to the pack level, without the need for modules, also making the packaging easier. This should make the BYD batteries better suited for Indian conditions, giving the Maruti-Toyota combine a further leg up in the EV race.

What do you think about Maruti Suzuki and Toyota working on a grounds-up new EV, instead of converting an IC engine vehicle? Let us know in the comments below.