Suzuki has released first pictures and details of the second-generation S-Cross today. The all-new Suzuki S-Cross gets fresh new styling inside and out, is underpinned by an updated version of the Global C platform and comes powered by Suzuki’s 1.4-litre Boosterjet petrol engine.

The second-gen Suzuki S-Cross measures 4,300mm in length, 1,785mm in width, 1,585mm in height, and has a wheelbase of 2,600mm. The length, width and wheelbase of the new model are surprisingly identical to that of the outgoing one, although the overall height is actually 10mm shorter. 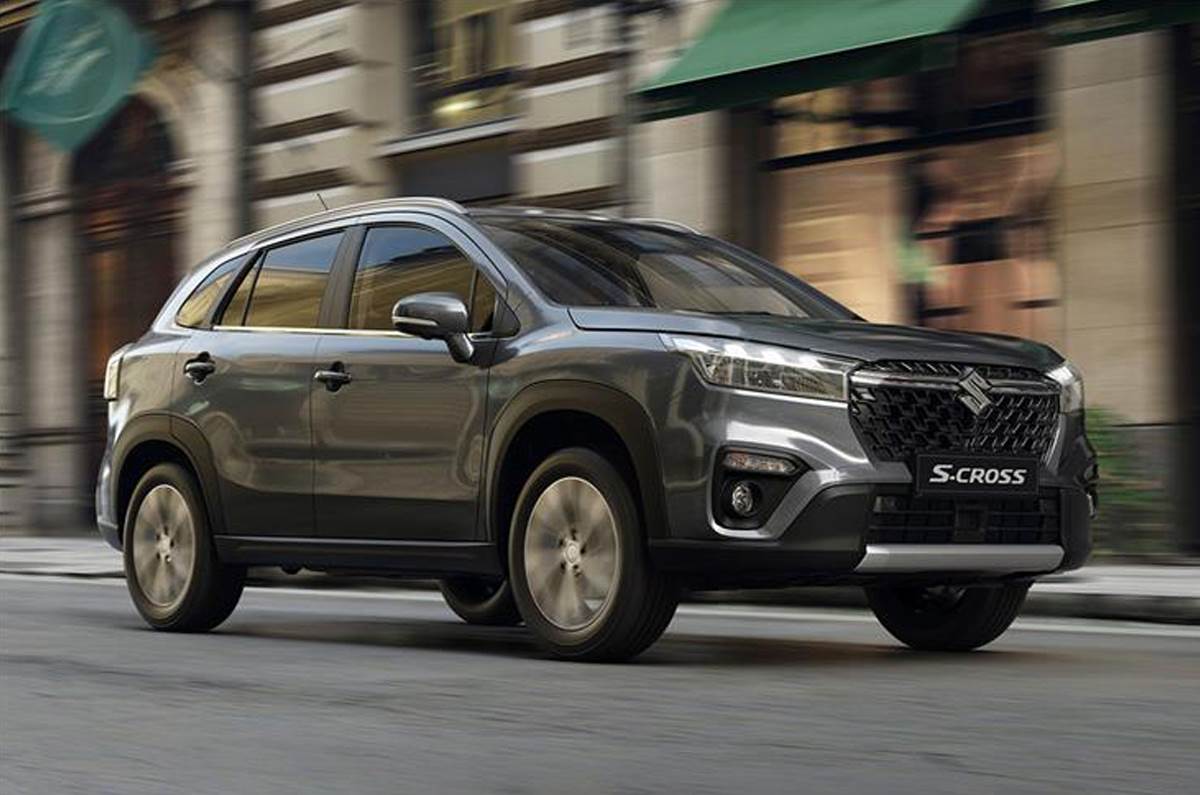 The new Suzuki S-Cross certainly looks a lot more SUV-ish than its predecessor. Up front, the new S-Cross features a much larger piano black grille with a new honeycomb-like pattern. The grille is flanked on both sides by sleek and stylish headlamps with tri-beam LED elements, joined by a thick chrome strip running through the grille with the Suzuki logo in the centre. The front bumper is well sculpted with a new design for the fog lamps and its surrounds; it also features silver skid plates, adding to the SUV appeal. The front bonnet is much flatter now and gives it a proper SUV-like look. 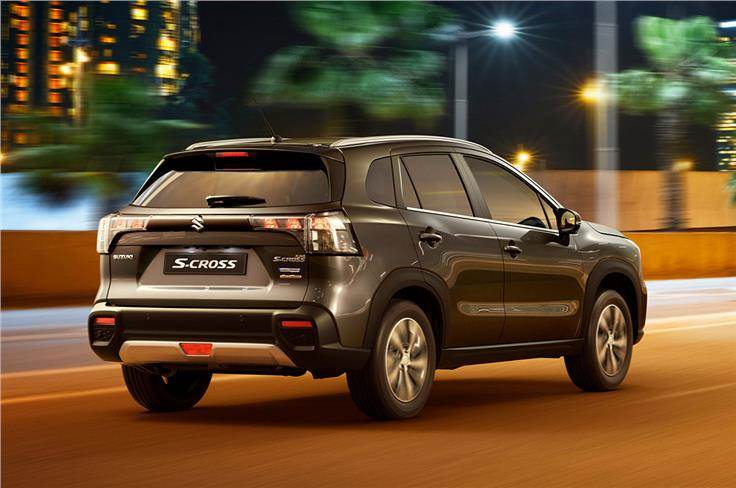 In profile, the new S-Cross looks a lot boxier and gets beefier cladding, something that sets it apart from its predecessor. The window line gently slopes upwards and even gets a chrome garnish. It also rides on new, 17-inch dual-tone, five-spoke alloy wheels. The shoulder line on both sides is much stronger and makes the car looks wider than it is. At the rear, the new S-Cross gets wraparound tail-lamps that are connected by a black strip, an integrated roof spoiler, and an upright boot. The rear bumper is well sculpted too, featuring reflective inserts and a silver skid plate.

Suzuki says the new design means the S-Cross now has a more spacious and versatile interior, as well as improved safety.

2022 Suzuki S-Cross: new interior could be seen on more models

Just like the exterior, the interior of the new S-Cross has been revised as well. The dashboard gets a fresh design, with a larger, free-standing 9.0-inch touchscreen infotainment system taking centre stage on the dashboard. The central AC vents are now positioned below the screen and look a lot sleeker than before. In all likelihood, a similar interior design could also be expected on the facelifted Brezza and Baleno, both of which are slated for a debut in India next year. 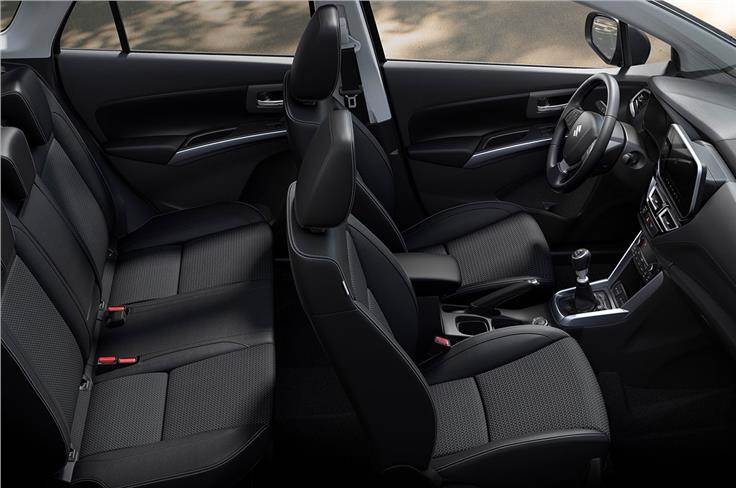 That said, Suzuki has carried forward several switchgear from the outgoing model into the new S-Cross. That includes the steering wheel, the gear lever, the power window switches, and even the climate control dials and buttons, among others. The new S-Cross, however, gets a revised instrument cluster that could also make it to India in the 2022 Brezza and Baleno.
In terms of features, however, Suzuki hasn’t cut any corners. Top-spec models of the S-Cross now come with features such as heated front seats, dual-zone climate control, LED headlights, Apple CarPlay and Android Auto, keyless entry, leather seat upholstery, a panoramic sunroof and a 360-degree parking camera. Several driver-assistance systems are also included as standard, including traffic-sign recognition, autonomous emergency braking, adaptive cruise control with stop and go, blindspot monitoring, lane departure prevention, and front and rear parking sensors. 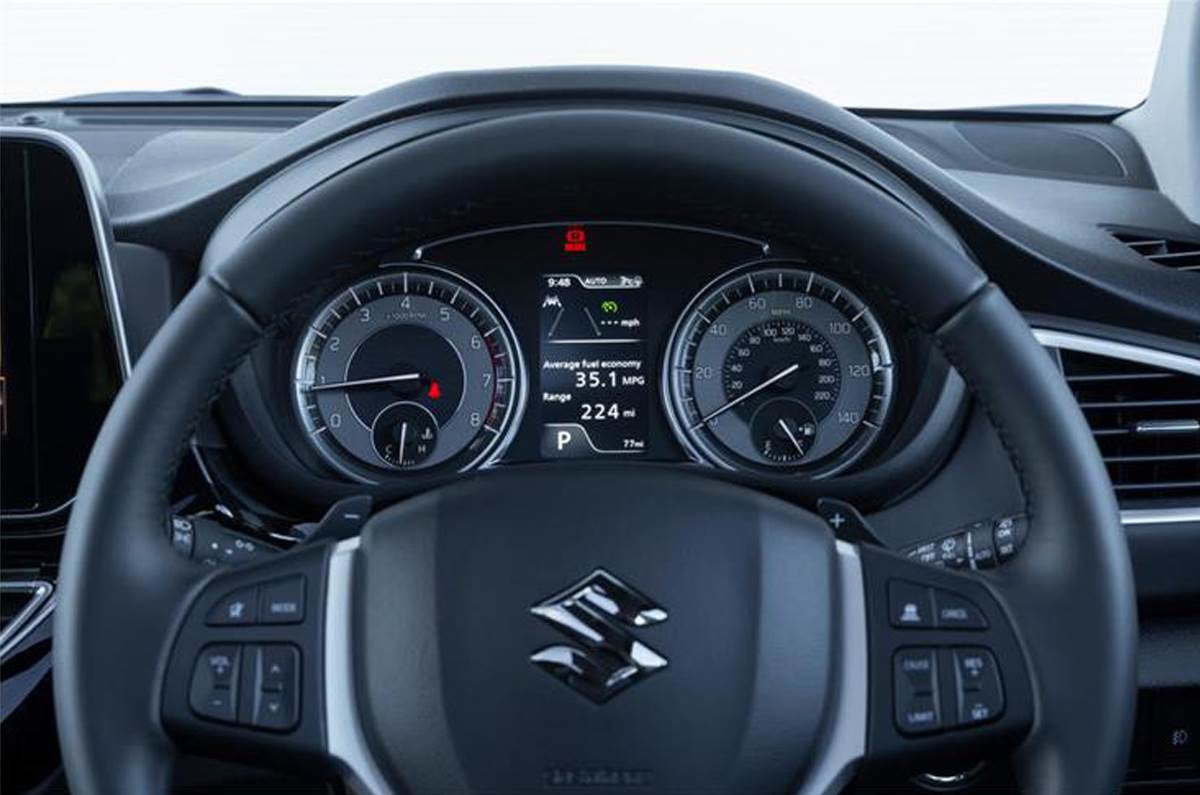 The second-gen Suzuki S-Cross continues to be underpinned by the Global C platform like its predecessor, although it’s now based on an updated version.

Under the hood, globally, the new S-Cross continues to be powered by Suzuki’s 1.4-litre Boosterjet petrol engine that produces 127hp and 235Nm of peak torque, which is the same as the outgoing model. This engine notably features a 48V mild-hybrid system that not only improves fuel efficiency but also aids acceleration. Transmission options for the new S-Cross include a 6-speed manual and a 6-speed automatic gearbox. In European markets, the top-spec version of the S-Cross is also offered with Suzuki’s AllGrip AWD system with four selectable modes as standard. Suzuki claims the new S-Cross can sprint from 0-100kph in 9.5sec (10.2sec for the four-wheel-drive models).

In markets like India, the S-Cross is currently offered with the 1.5-litre naturally aspirated petrol engine that puts out 105hp and 138Nm of torque. If and when the new S-Cross makes it to India, this engine will likely be carried forward unchanged. 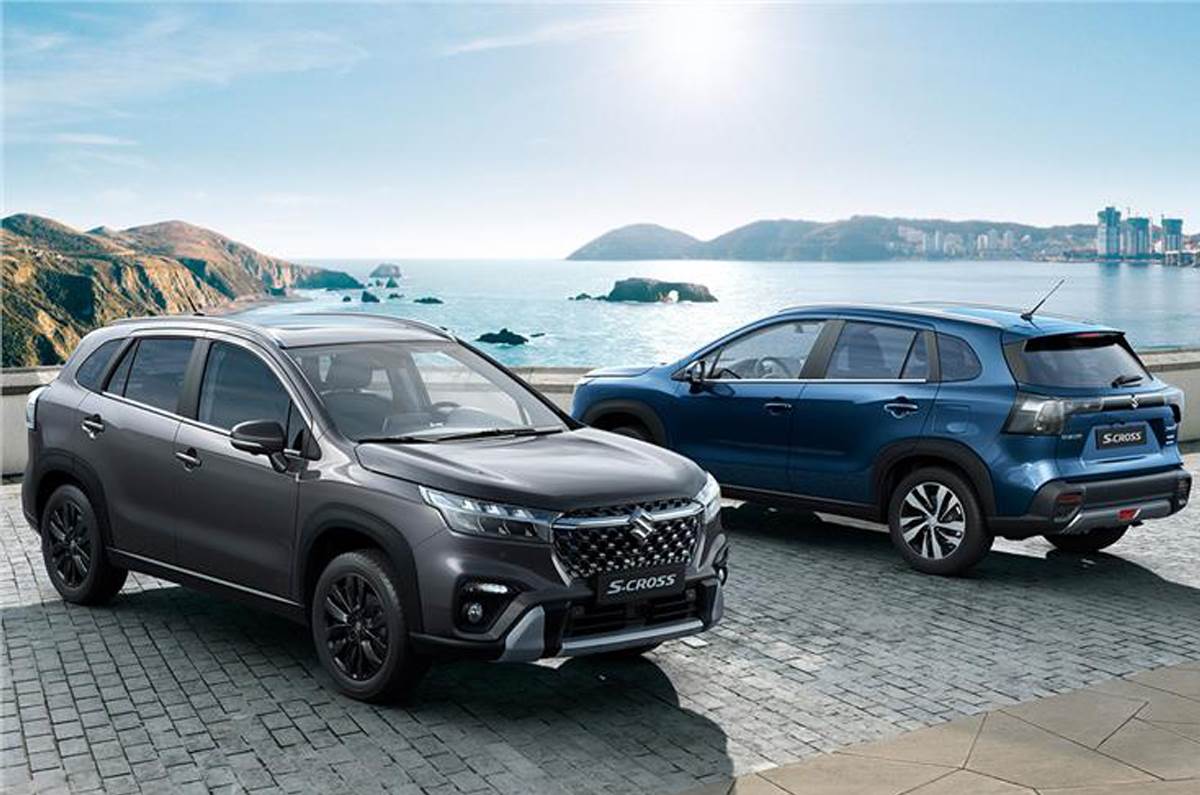 For now, the S-Cross has only gone on sale in some European markets. There is no news on whether the model could come to India in the future. The current-gen S-Cross in India has been completely swallowed by the likes of the Hyundai Creta and Kia Seltos in the midsize SUV segment, and Maruti Suzuki could do very well with the model's updated version here, if it decides to bring it to our shores.

While there’s no confirmation on the new S-Cross coming to India, Maruti Suzuki is readying a slew of new products for our market. The first of these will likely be the heavily updated Maruti Suzuki Baleno that’s expected to debut sometime early next year. Following that, Maruti Suzuki is also working on a heavily updated Brezza for a launch here in 2022. Maruti has also lined up comprehensive updates for the Ertiga and XL6 MPVs. Additionally, the carmaker has been working on the much-awaited 5-door Jimny for India as well. Maruti Suzuki, in partnership with Toyota, is also developing a Creta-rivalling midsize SUV that’s expected to debut sometime in 2023.
Also See:
2022 Suzuki S-Cross image gallery