Expect the updated XL6 to get styling tweaks at the front and rear while retaining the crossover design theme. 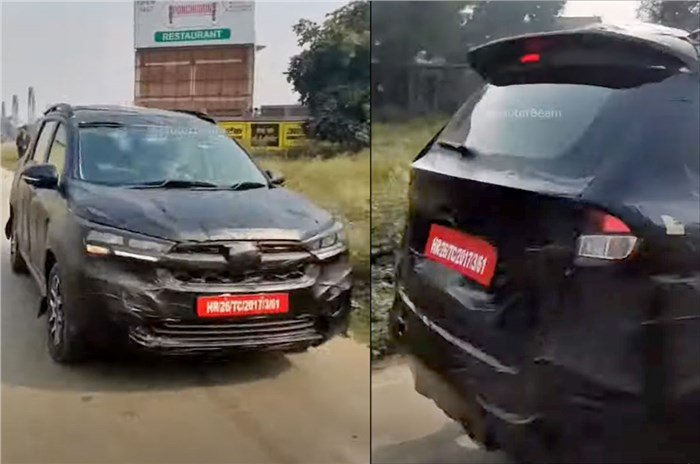 Launched in 2019, the XL6 is essentially a more premium derivative of the Ertiga MPV with a six-seat cabin configuration, unique front design and a crossover theme giving it a more rugged appearance. Now, Maruti is readying an update for its MPV with a heavily camouflaged test mule recently spied on the road.

The test mule reveals little by way of design changes at the rear, but, the grille appears to have been tweaked and the front bumper looks new. The headlamps have a similar design as the current XL6 and the internals could be tweaked. The test car sat on new design wheels – similar to those seen on the Suzuki XL7 on sale in some South East Asian markets – which could also be used on the production model.

Changes to the cabin are not noticeable in the images, but sources suggest that the updated MPV could get both six- and seven-seater configurations in a bid to widen its appeal. One could also expect new upholstery colours as well as additions to the equipment list over the current model.

There are no major engine changes expected from Maruti Suzuki and the XL6 is expected to carry forward the tried and tested mild-hybrid 1.5-litre petrol engine from the current model. The engine will continue to be offered with a 5-speed manual and a 4-speed torque converter automatic gearbox.

As a petrol-only MPV the XL6 doesn’t have any direct rivals. The XL6’s closest rivals are the diesel-only Mahindra Marazzo and its sibling the Ertiga – which is also due for a facelift. Maruti is also readying a heavily updated Baleno hatchback, another facelift for the Vitara Brezza compact SUV and the new Alto.

Next-gen Suzuki S-Cross: Five things to watch out for