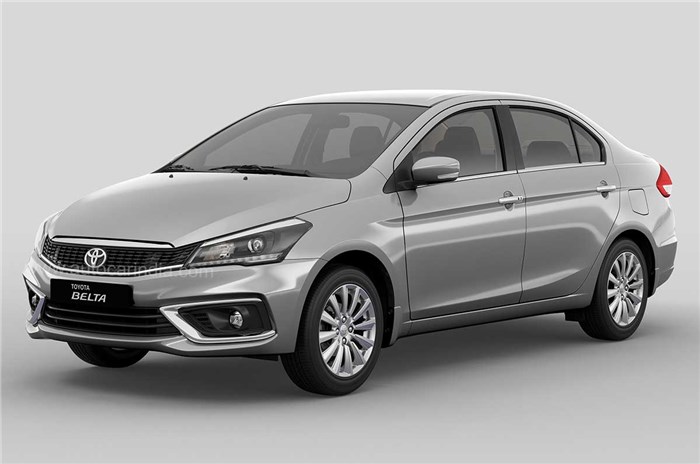 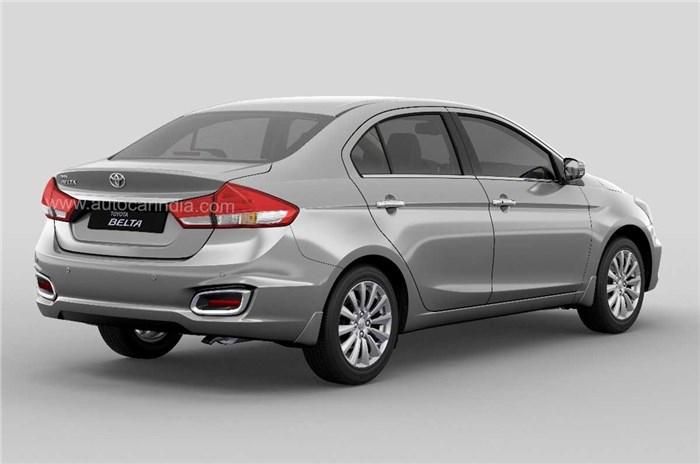 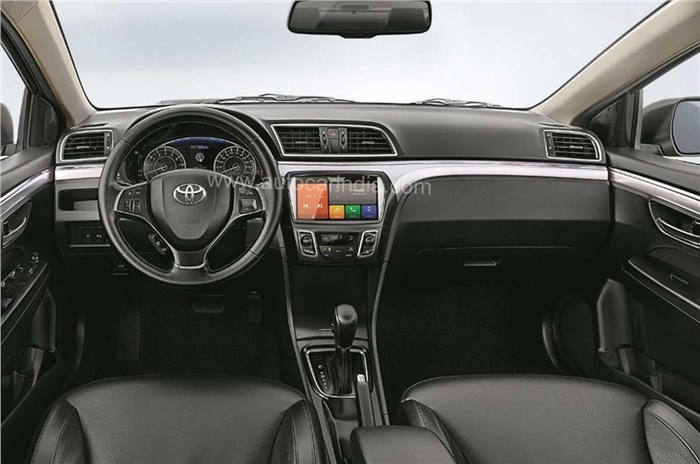 The made-in-India Toyota Belta sedan will go on sale in the Middle Eastern markets first.

The Toyota Belta sedan has been officially revealed for the Middle Eastern markets, and it is essentially a rebadged version of the Maruti Suzuki Ciaz.

Toyota Belta: what is it?

With the Belta, Toyota has gone down the same route as it did with the Glanza and the Rumion MPV, as it carries over the same mechanicals, features list, and even the design from its Maruti Suzuki counterpart, with the only change being the Toyota badging. The Belta hasn’t even received an updated front-end, like we saw with the Toyota Urban Cruiser (when compared to the Maruti Vitara Brezza).

It’s the same deal on the inside as well. The Belta’s cabin design and layout are identical to that of the Ciaz. This means things like the 7.0-inch touchscreen infotainment system, the multi-function steering wheel, the climate control switches, and the analogue dials with the coloured MID are all present unchanged on the Belta, apart from the badging.

Under the hood, the Middle Eastern spec Belta uses the same 1.5-litre, four-cylinder petrol engine, which puts out 105hp and 138Nm, as in the Ciaz that’s available in India. However, this model is only offered with the 4-speed torque converter automatic gearbox option. For the Indian market, we expect Toyota to offer the same engine, though with both manual and automatic gearbox options.

Toyota Belta: why was this name chosen?

Toyota has a variety of names it can chose from for its new sedan, given its large selection of cars sold around the world. While we are all familiar with the Yaris, Toyota has chosen to go with the name Belta, as this is what it calls the Yaris in markets like Japan, China and Malaysia. Using a name that’s already registered globally also makes the naming process much easier for Toyota, just like it was with the Urban Cruiser, the Glanza, Starlet and the Rumion. Additionally, it helps the brand further distinguish the new sedan in India from the previously available Yaris.

While the model for the Middle East is a left-hand-drive (LHD) variant, a right-hand-drive (RHD), made-in-India variant is expected to be launched in our market. Given that Toyota has pulled the plug on Yaris in India, the Belta will be its replacement in the midsize sedan space.