Slow selling Yaris sedan was introduced in 2018 as a rival to the Honda City, Ciaz and the Verna. 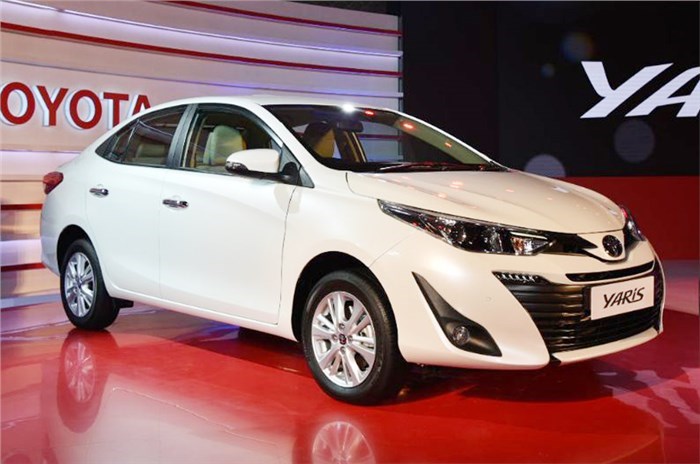 Toyota has discontinued the Yaris in the Indian market, a model that was introduced here just three years ago as the Japanese brand’s contender in the competitive midsize sedan segment.

The Yaris was introduced in 2018 in India, with a long features list and safety kit that included as many as seven airbags in some variants. The only engine on offer was a 1.5-litre petrol mated to either a 5-speed manual or a CVT gearbox. Customers failed to find value in the sedan in this competitive segment, which also includes rivals like the Honda City, the Hyundai Verna and the Maruti Suzuki Ciaz. The Yaris, till the end of August 2021, only found 19,784 homes in India and quite a few of those were for fleet customers.

Also, discontinuing the Yaris goes in line with Toyota’s plans of keeping the sub-Rs 10 lakh segment for rebadged Maruti Suzuki models like the Toyota Glanza and the Urban Cruiser, which are already on sale in India. The Yaris will most likely be replaced by another rebadged product, based on the Maruti Suzuki Ciaz, in the coming months.

Toyota has assured all existing customers that spare part availability for the Yaris will not be affected for a minimum of 10 years.

As far as Toyota’s India line-up goes, the company is expected to introduce updated Fortuner variants early next month, which will also include a 4WD variant for the Fortuner Legender.