The Toyota Belta will come with the same 1.5-liter petrol engine as the Ciaz. 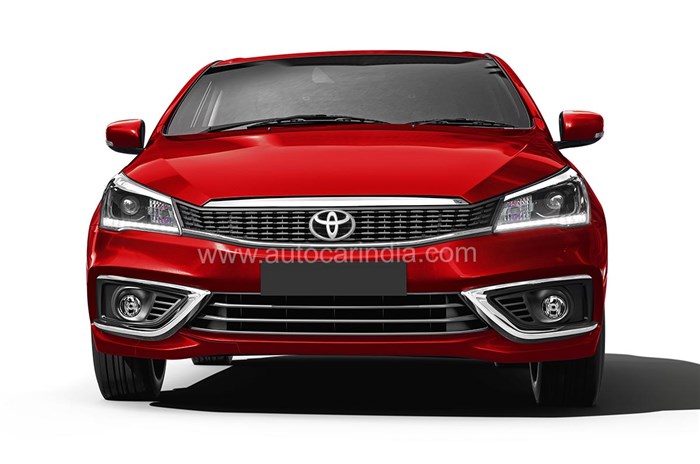 Toyota has stopped production of its Yaris sedan. While dealers say the company still has stock of the car and will continue to sell it for the next few months, the focus will soon shift to the larger and better value for money Toyota Belta. Nothing but a rebadged Maruti Ciaz, the Toyota Belta is expected to hit showrooms towards the middle of August. Like other Maruti based Toyotas, it should be a strong seller for the company.

Why Toyota Yaris production has stopped

To begin with, the slow-selling Yaris was never really the right rival for the Honda City, Hyundai Verna or the value for money Maruti Ciaz. It wasn’t as spacious, lacked some important features, was priced a bit high and as a result, the Yaris didn’t find many takers. As a result, Yaris sales which peaked this year at 871 units in March 2021  has struggled to go beyond three figures a month.

The other reason the Yaris will be discontinued is to make space on the assembly line for for Maruti and Toyota’s  Creta fighter, an SUV both companies are pinning their hopes on. And then there are other Toyota-based products that both companies are likely to make in Toyota’s plant number 2, in the place of the Yaris

Why Toyota chose the Belta name

Toyota uses an assortment of names for its compact sedans and hatchbacks in various markets around the world. There’s the Yaris for one, a name we are familiar with; the same car is also called the Vios, and then in other markets like Japan, China and Malaysia, it’s called the Belta. While Toyota says the name takes inspiration from the Latin word Belle or beautiful, ‘Belta’ in Aussie slang also means a real cracker. For example, 'that shot was a belta!'. Using a name that’s already registered globally also makes the naming process easy for Toyota, just like it was with the Urban Cruiser.

Toyota Belta: what to expect

As is evident, there isn’t any real difference between the Maruti Ciaz and Toyota’s version of it. The Toyota will have the same 105hp, 1.5-litre K Series petrol engine, the same mild-hybrid system, and it will even get the 4-speed automatic as well.

As with the Glanza and the Urban Cruiser, you can expect Toyota to deliver a more robust warranty package. The Belta will have a slightly different mix of variants and price points, and because the rush at Toyota dealers isn’t as much, you can expect a slightly smoother overall experience.

More carmakers hike prices in May 2021