More carmakers hike prices in May 2021 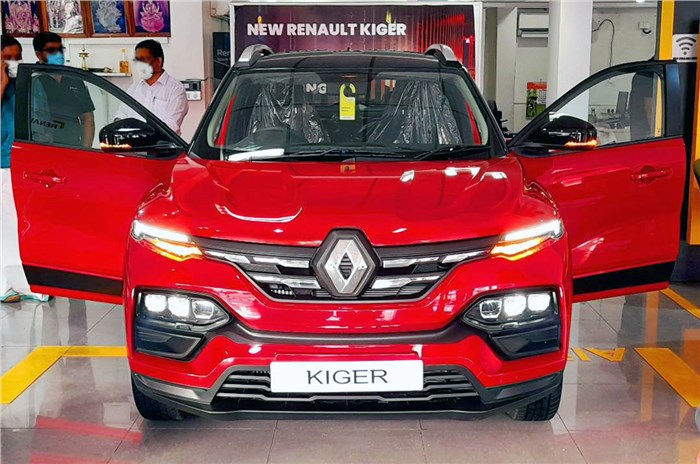 While a number of carmakers hiked prices of their cars and SUVs in April 2021, some manufacturers are now announcing the same. Here’s a quick look at the models affected.

Tata Motors has announced that it will be hiking prices of its range of cars and SUVs by up to 1.8 percent, with effect from May 8, 2021. The carmaker is also currently the only brand to have announced a price protection policy for its customers. Those who book their vehicle by May 7 will be charged as per the pricing on the day of booking, and not the revised prices.

While Renault officially announced a price hike for its cars last month, the Kiger has seen an upward revision in prices from May 1, 2021. Renault’s compact SUV is now up to Rs 30,000 dearer than before, ending the period of introductory prices announced at launch. Depending on the variant, prices have been hiked by between Rs 14,000-30,000. However, prices for the entry-level RXE trim, the RXT Turbo CVT and RXZ Turbo CVT variant remain unchanged.

MG Motor India had hiked prices for the Hector siblings last month by up to Rs 43,000, The brand has now hiked prices for its flagship Gloster SUV. The carmaker’s Toyota Fortuner and Ford Endeavour rival is now more expensive by about Rs 50,000-80,000, depending on the variant. The entry-level Gloster Super’s price has not changed.

Citing rising input costs, Volvo has announced a hike to the tune of Rs 1-2 lakh across its entire range of cars and SUVs on sale in India, with effect from May 2021. The carmaker says that this is the company’s first hike in pricing since 2018 and a further hike in prices could follow in the coming months.

The hike in prices is effective on the S90 sedan and the XC40, XC60 and XC90 SUVs. Prices for the recently launched new S60 sedan remain unchanged.

While Toyota had hiked prices for the Innova Crysta, Fortuner and Camry Hybrid back in April 2021, the carmaker’s smaller models - such as the Yaris, Urban Cruiser and Glanza - remained unaffected. Toyota has now increased prices for the Urban Cruiser and Glanza from this month onwards. The Glanza, which is Toyota's Maruti Baleno-based premium hatchback - is now dearer by up to about Rs 34,000, depending on the variant.

Moving to the Urban Cruiser, prices for the Maruti Vitara Brezza-based compact SUV are now up to Rs 12,500 more than before. While Toyota has only now increased prices for the two models, the Maruti Suzuki Baleno and Vitara Brezza had witnessed a hike as part of the brand's April 2021 revision for its entire line-up.