Jimny facelift could get a turbo engine, Jimny 5-door will be made-in-India. 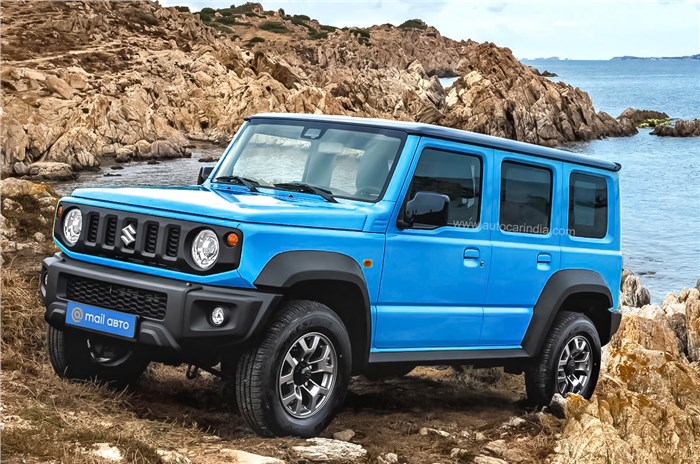 While Suzuki Jimny 5-door is yet to be revealed in full, fresh news updates keep trickling in, giving us details on the upcoming SUV. Last month we shared the Jimny 5-door variant's dimensions and now new details reveal the Jimny 5 door's world debut timeline and engine details.

According to autoc- one, the Jimny 5 door was expected to see a global debut in this year's Tokyo Motor Show that was planned for October 2021, however, thanks to the ongoing global pandemic, the event stands cancelled and hence the Jimny 5 door will be officially revealed only next year.

As reported by us earlier, the Jimny 5-door will come with a 1.5-litre K15B petrol engine that will develop around 102hp of power in some markets like ours. Also expected to lend a helping hand is a more powerful and robust version of Maruti's smart hybrid tech. Otherwise the 1.5-litre engine will be similar to the one in the Vitara Brezza, S-Cross, Ciaz and the Ertiga in our market, but tuned to give a bit more torque. Gearbox options will include a five-speed manual and a four-speed torque convertor automatic.

There are also talks of the updated Jimny getting a turbo-charging, mild-hybrid powertrain, internationally. The Jimny was discontinued in Europe last year due to its high CO2 rating and this new more efficient and cleaner powerpack could help bring CO2 levels down. This in turn could facilitate the re-entry of the model in the European market. While details are scarce, Suzuki has a 1.4-litre turbo-petrol Boosterjet engine in its international line-up, which also comes with 48V mild-hybrid tech system. This engine currently sees duty in models like the Vitara SUV and also the European-spec S-Cross to name a few.

Suzuki Jimny 5 door: will it come to India?

India is considered to be one of the lead markets for the Jimny 5-door. Maruti Suzuki has already commenced production of the 3-door Jimny, and the SUV is currently being exported to international markets. The Jimny 5 door is expected to come to India, however, its launch timeline could be delayed due to the ongoing pandemic.