The first shipment of 184 units of the made-in-India Jimny have left from Mundra port bound for Colombia and Peru. 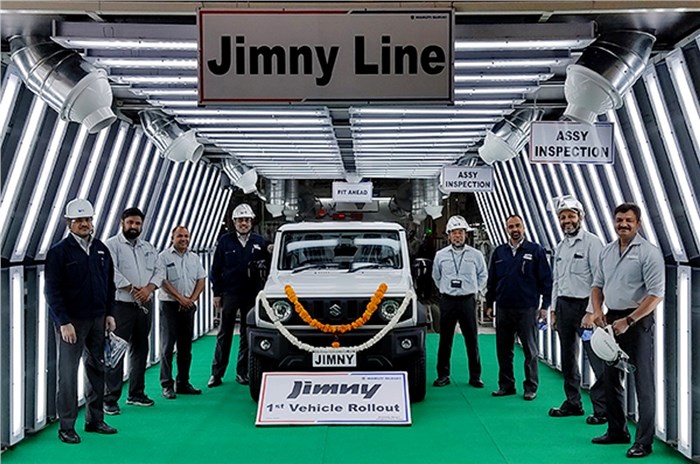 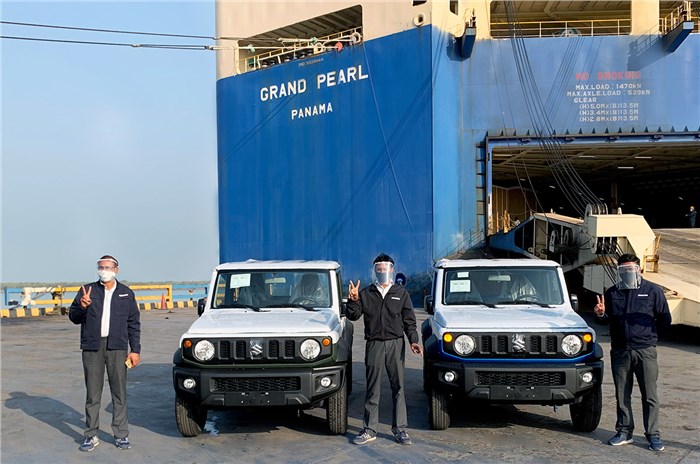 Maruti Suzuki has begun the exports of the made-in-India Suzuki Jimny SUV. The first batch, of 184 units, has taken off from Mundra port and is headed to Latin American countries like Peru and Colombia. These units are manufactured at the Gurugram facility.

As we had reported earlier, Maruti Suzuki will produce the three-door Jimny for export markets, with an India launch for a five-door version expected six months after exports begin. The Jimny model that is being exported to international markets is mechanically as well as size-wise identical to the one made in Suzuki's Kosai plant in Japan.  Power comes from a 1.5-litre petrol engine that comes with 5-speedmanual and 4-speed torque convertor gearbox options.

While the first batch is bound for Peru and Columbia, the made-in-India Jimny will be exported to African markets and countries in the Middle-East.

Speaking on the occasion, Kenichi Ayukawa, Managing Director & CEO, Maruti Suzuki India Limited said, “Jimny will fulfil aspirations of customers throughout the world. Jimny manufactured at Maruti Suzuki’s Gurugram plant shares the same specification as the export models produced at the Suzuki Motor Corporation’s Kosai plant in Japan. We are confident with Jimny we will be able to enhance our overall exports.”

According to our sources, Maruti Suzuki is readying a five-door version of the Jimny for India. And while this version will be will be longer than the export model, it will still duck under the four-metre mark. However, as it will also be powered by the 1.5-litre petrol engine – found in a bevy of Maruti models like the Vitara Brezza compact SUV, Ciaz sedan, Ertiga MPV and S-Cross crossover – it will not qualify for tax sops for small cars in India.

While it won’t have a direct rival in the market, off-road enthusiasts will see it in the light of the new Mahindra Thar and the upcoming second-gen Force Gurkha. There may also be some overlap in terms of prices with a number of compact SUVs, including Maruti’s own Vitara Brezza, but given their fundamental differences, the two SUVs will cater to very different buyers. In addition, the Jimny will be marketed via Maruti’s premium Nexa showrooms.