In addition to the standard 3-door Jimny, Maruti Suzuki will also manufacture a new 5-door version at its Gujarat plant. And it’s the latter that will go on sale in India. 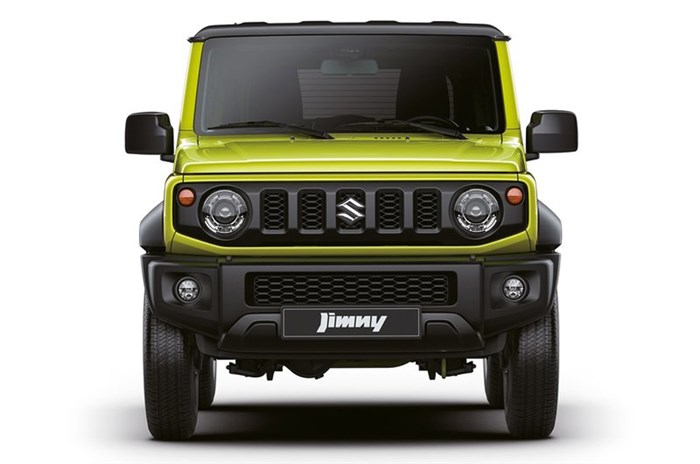 If you have the Suzuki Jimny on your wishlist, you would know of Maruti Suzuki’s plans to manufacture the model in India and might have even made the journey to Auto Expo 2020 to see the plucky off-roader in the metal. However, we can now confirm, what you’ve seen is not what you’ll get. Not in the launch phase, that is. That’s because the Jimny in India will be not be launched as the 3-door version sold abroad. Instead, it will come with a larger, new 5-door body style that’s in development. An official privy to information of the project confirmed the news to Autocar India.

A larger cabin and the addition of rear doors will make this 5-door Jimny suitable to family buyers but what will be interesting to see is how the stretched dimensions, particularly the longer wheelbase, impact the off-roader’s ability in the rough. Size aside, the Jimny 5-door will be no different to the 3-door model in its basic ingredients. The 5-door Jimny will be built on a ladder-frame chassis, feature rigid axles at both ends, and employ four-wheel drive with low-range transfer case. The India-spec 5-door will come powered by the 105hp, 1.5-litre K15B petrol engine that can also be found in the Maruti Suzuki Ciaz, Ertiga and Vitara Brezza.

Manufacture of the 3-door Jimny is set to commence at Maruti Suzuki’s Hansalpur plant in Gujarat, around June 2020, with the entire production earmarked for exports. Production of the 5-door Jimny will commence six months later with the output shared between India and export markets. Maruti will retail the Jimny 5-door at its premium Nexa outlets with prices to start just under Rs 10 lakh. For the money, the Jimny would go up against off-roaders like the Force Gurkha and Mahindra Thar and could also be considered an alternative to like-priced compact SUVs, Maruti’s Vitara Brezza included.