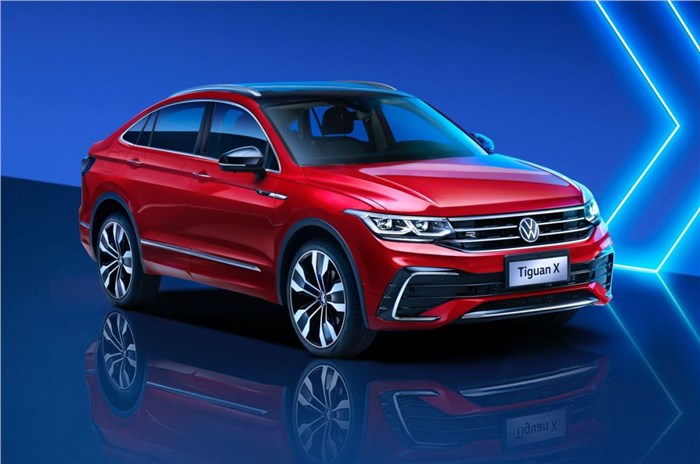 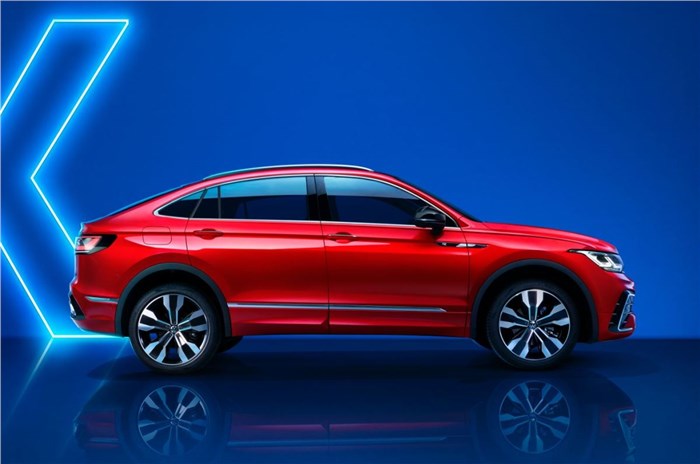 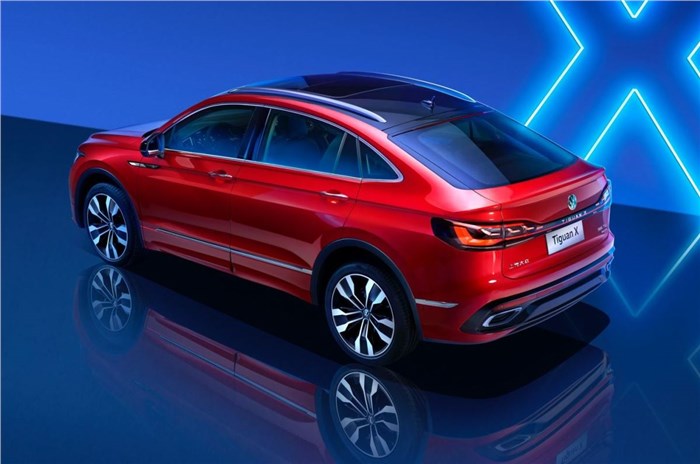 Based on the recently facelifted, standard Tiguan SUV, the Tiguan X gets a steeply raked roofline at the rear; powered by a 2.0-litre turbo-petrol engine.

The Volkswagen Tiguan X has been officially revealed. While we already got a first look at the Coupé-SUV in the leaked images that surfaced online a few weeks ago, the German automaker has taken the wraps off the new model’s exterior design, and also revealed some technical details, this time around.

There’s no differentiating the Tiguan X from the standard, facelifted Tiguan up front. Both get a pair of sleek projector headlamps, with integrated LED DRLs, which flow into a chrome heavy grille. Volkswagen has chosen to unveil the Coupé-SUV in the sportier R-Line trim level, which means that it gets an aggressive front bumper with a wide, blacked out central air dam, flanked by C-shaped chrome elements, and a silver skid plate.

However, styling similarities to the standard SUV end at the B-pillar, after which, the roofline flows steeply into the tailgate, imparting the coupé-ish look. Other design flourishes worth noting are the strong shoulder line, blacked-out roof, B-pillar and wing mirrors, R-Line badging, chrome embellishments for the window frame and bottom of the doors and snazzy, dual tone alloy wheels.

Even at the back, Volkswagen has given the Tiguan X a unique look. In addition to the steeply raked rear windshield, the model gets a bootlid spoiler and a pair of bespoke, sleek tail lamps joined by a light bar featuring a Y-shaped motif. The reshaped rear bumper sports blacked out elements with dual, faux exhaust tips and a faux diffuser.

The Tiguan X is powered by a 2.0-litre turbo-petrol unit that puts out 186hp, 330Nm in the lower variants and 220hp, 380Nm in the top-of-the-line trim level. Both versions feature a 7-speed DSG (dual-clutch) auto gearbox as standard, though the range-topping model also gets VW’s ‘4Motion’ all-wheel drive setup.

Volkswagen has exclusively revealed the Tiguan X for the Chinese market for now, and there is no official word about the company’s intentions of introducing the model line elsewhere. However, the standard Tiguan will be re-introduced to India, in its facelifted avatar, in the coming months. Powered by a 150hp, 1.5-litre TSI turbo-petrol engine, the locally-assembled, 5-seat model will be sold alongside the imported, 7-seat Tiguan Allspace in our market.