Facelifted version of regular Tiguan to get 150hp TSI petrol and loads of kit. Will be locally assembled and sold alongside imported Allspace variant at a lower price point. 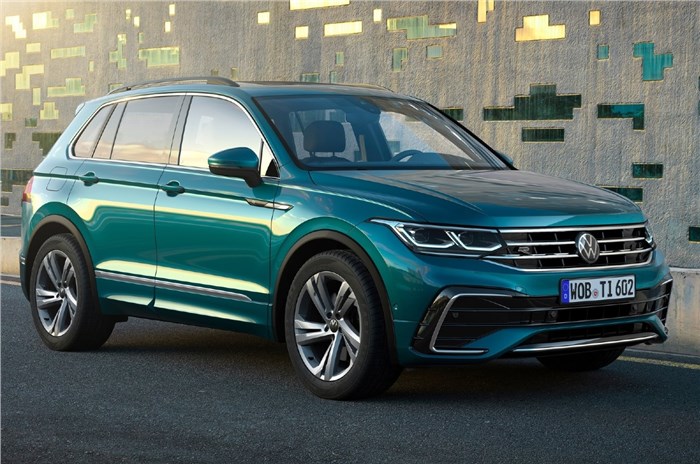 Volkswagen recently launched the 7-seat Tiguan Allspace 2.0 TSI in India which, in effect, replaces the regular 5-seat Tiguan. The smaller Tiguan came only with a 2.0 TDI diesel engine and was discontinued with VW phasing out all its diesel models in the industry-wide move to BS6 emission norms.

The big news, however, is that the 5-seat Tiguan will return to a showroom near you, in the not-too-distant future. VW's plan is to launch the smaller Tiguan later this year but the disruptions thrown up by the ongoing coronavirus pandemic could delay the reintroduction.

The re-launched 5-seat variant will be substantially different from the outgoing model, and, in fact, will be the facelifted 2020 model. VW plans to locally assemble the new Tiguan to save on import taxes and offer it to Indian customers at a more affordable price.

There will sufficient visual differentiation between the 5-seater and Allspace variants. The facelifted 5-seater Tiguan will get a new nose and changes to the rear as well. Fresh details on the nose include a neatly executed and minimalist grille that seamlessly blends in with the headlight cluster, the lamps appearing to be nestled within. The new grille and headlight combo looks terrific and is similar to that on the new VW Golf 8. And what's also nice is that the LED bits in the headlight appear to have a three-dimensional effect. VW has also substantially freshened the Tiguan's chin with an integrated 'X' shape and cuts and creases.

However, the biggest difference over the previous Tiguan is under the hood. Out goes the diesel and in its place comes a 150hp, 1.5 TSI turbo-petrol engine, similar to the one under the hood of the Skoda Karoq. Also expect a willing 7-speed twin-clutch automatic gearbox or DSG as VW calls it, with paddleshifters and features like hill-descent control and an electronic parking brake.

The carmaker may also launch a variant with a 48V hybrid system and a coasting function in a bid to increase efficiency and make up for the loss of the diesel, but this will be at a later stage.

Upgrades on the inside include a larger touchscreen, a digital cockpit or digital instrument cluster, and this could also be the first VW car in India to get connected car tech.

To keep costs down, VW is also likely to launch the Tiguan as a front-wheel drive only for now. The facelifted 5-seater Tiguan is likely to be assembled at Chakan near Pune, and with expensive kit like the diesel engine and four-wheel-drive knocked off, the Tiguan will be far more competitively priced - somewhere in the region of Rs 23-26 lakh.

The Tiguan may not have had the strongest starts in India, but VW India is hoping to cash in on its global popularity. In fact, the Tiguan is now VW’s global bestseller with 9,00,000 units sold in 2019, overtaking the erstwhile Golf. So, with an attractive price, a capable petrol engine and plenty of kit, this is an SUV you should keep an eye out for. Expect high-quality interiors, good driving manners and a subtle charm that will grow on you once you get to know it well.