MG G10 has the Kia Carnival in its sights

The G10 is even longer than the new Kia Carnival; comes loaded with equipment and is available with multiple seating configurations. 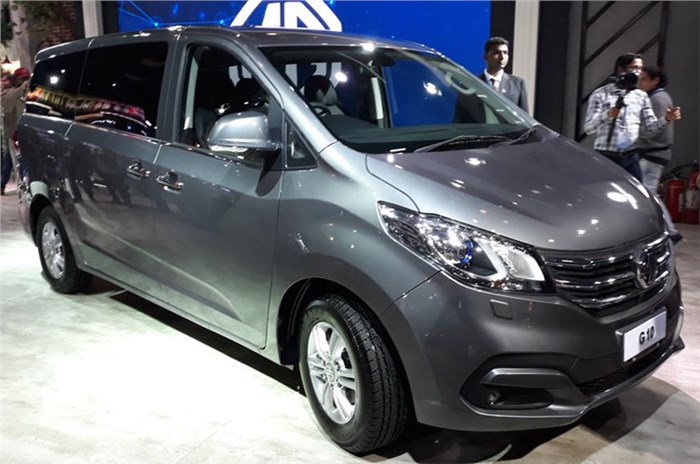 British carmaker MG wants a piece of the Indian MPV segment pie and has displayed its G10 MPV at Auto Expo 2020. An India launch has been confirmed. Badged as an MG for the first time, the MPV is an established product under the SAIC umbrella and has been on sale as the LDV G10 and Maxus G10 in markets such as China and Australia.

The MG G10 MPV is 5,168mm long, 1,980mm wide and 1,928mm high, which makes it even larger than the Kia Carnival MPV that’s just gone on sale in India. The MG has traditional MPV proportions, with a defined bonnet, a large cabin and an upright tail, while styling is neat and simple. More chrome embellishments and snazzier wheels wouldn’t go amiss, however. Powered, sliding rear doors are part of the package but MG has done well to conceal the door rails under the rear windows.

Like the Carnival, the G10 comes in 7-,8- and 9-seat configurations. However, the one shown at Auto Expo was the 9-seater version with four rows of seats. The top-spec 7-seater goes one-up on the Carnival with power adjust for the middle-row captain’s chairs. Powered leg rests are also included. The G10, like other MG offerings, comes loaded with features like multi-zone AC, a large HD touchscreen infotainment system, a smart sensing tailgate and a powered sunroof.

This new MPV is commonly powered by 2.4-litre four cylinder petrol engine that delivers around 140hp and 210Nm of torque, depending on the market. However, the model is also available with a 2.0-litre turbo-petrol and even a 1.9-litre diesel engine that’s good for around 150hp and 350Nm of torque. Gearbox choices include a 6-speed automatic and a 5-speed manual, depending on engine and region.

In markets abroad, the Maxus G10 MPV is primarily aimed at fleet buyers and rivals the likes of the Toyota Hiace and the Hyundai H1 Starex MPVs. The strategy for India could be different, with the focus being on private buyers. While the Kia Carnival will be the prime rival, the MG’s size and feature set could tempt buyers interested in the soon-to-be-launched Toyota Vellfire too. MG also showcased the smaller, Ertiga-rivaling 360M MPV at Auto Expo 2020.