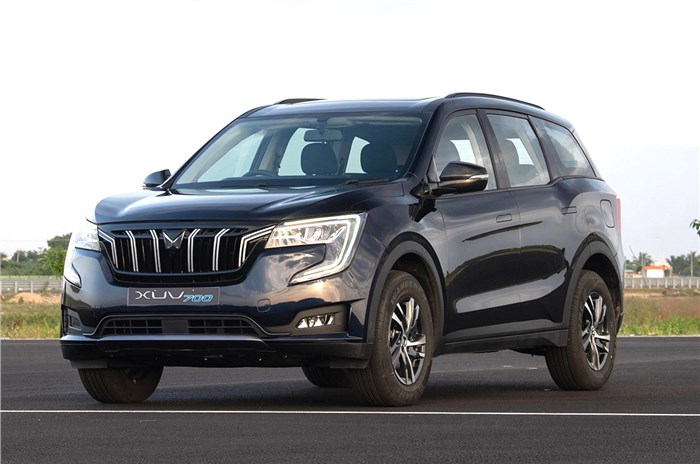 Anand Mahindra has announced that India's three gold medallists at the recently held Tokyo 2020 Olympics and Paralympics will get specially designed XUV700 SUVs. These have been christened Mahindra XUV700 Javelin Edition and could be unveiled in the coming weeks. From what we understand, only three units of the special edition XUV700 will be designed for Neeraj Chopra, AvaniLekhara and SumitAntil who have secured gold medals for team India.

Mahindra recently trademarked the name ’Javelin’ and today, Anand Mahindra, Chairman, Mahindra and Mahindra, confirmed via Twitter that the name will be used on a special edition of the upcoming XUV700 SUV. In the tweet directed towards Pratap Bose, the Chief Design Officer, Auto & Farm Sectors, Mahindra & Mahindra has requested him to build three XUV700 Javelin Edition SUVs. 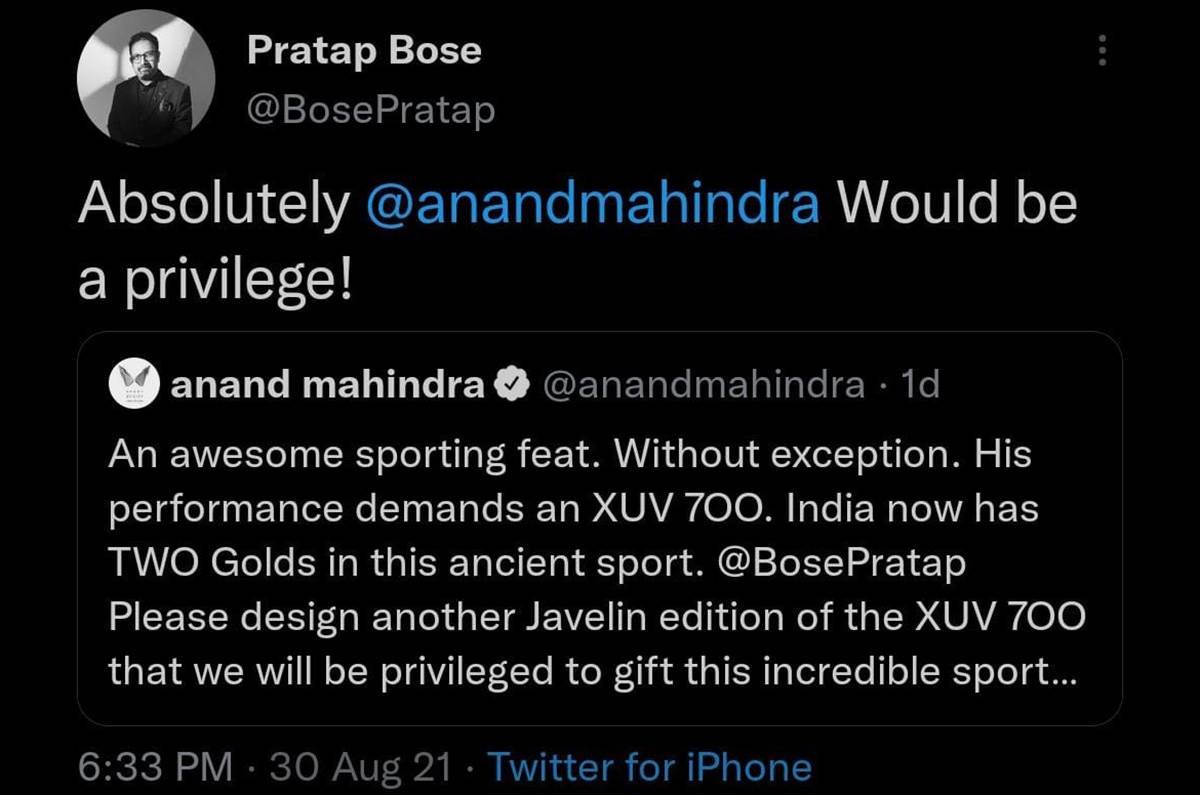 The first unit of the XUV700 Javelin Edition will go to Neeraj Chopra who secured a gold medal in javelin throw for India at the Tokyo 2020 Olympics. Neeraj is the second Indian to win gold at the Olympics after Abhinav Bindra won in 10m air rifle shooting at the 2008 Beijing Olympics.

While there are no details on what would differentiate the XUV700 Javelin Edition from the standard version, we expect minor cosmetic tweaks or special paint shades for these unique XUV700 SUVs.

Anand Mahindra has been supporting multiple sporting events for some time now. . Six Members of the Indian Cricket team were given Mahindra Thar SUVs earlier this year. These include Shardul Thakur, Mohammed Siraj, Shubman Gill, T Natarajan, Navdeep Saini and Washington Sundar for their win in the India-Australia series game.

Mahindra has already revealed all details for the XUV700 and has also announced pricing for some variants. We expect the XUV700 full price list to be released sometime next month. You can read our review here or watch our video review here.

Cars and SUVs awarded to Indian Olympians this year

While Mahindra has announced a special edition XUV700 Javelin for the gold medallists, other brands like Tata Motors, Renault and MG Motor India have also announced presenting cars to Olympic participants.

Unlike Mahindra, which is only felicitating gold medal winners, Tata Motors has announced gifts for the Indian athletes, who narrowly missed medals at the recent Tokyo Olympics. The brand has awarded 24 units of the Tata Altroz hatchbacks to these athletes. Additionally, these athletes will get a special edition Altroz, painted in a gold shade. The athletes include captain Rani Rampal and her Indian women’s hockey team members, boxers like Pooja Rani and Satish Kumar. Also, each member of the Indian wrestling team at the Tokyo Olympics was presented with a Xenon Yodha pick-up truck.

Additionally, as of today, MG Motor India has announced that it will felicitate Paralympics silver medallist, Bhavina Patel with one of its models.