The Hector Plus will be available in six-seat and seven-seat configurations but is mechanically identical to the MG Hector. 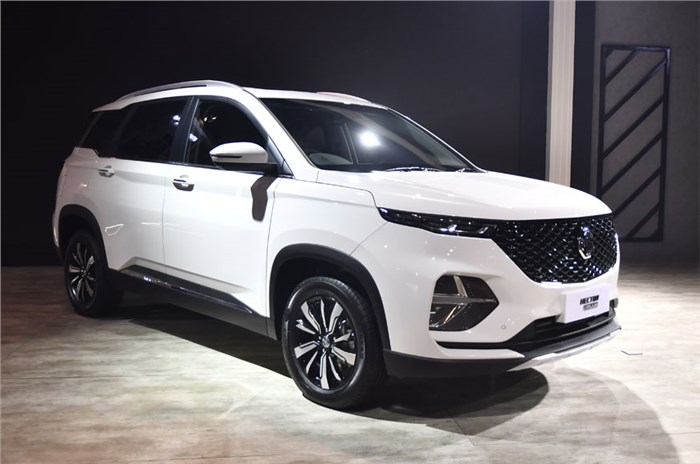 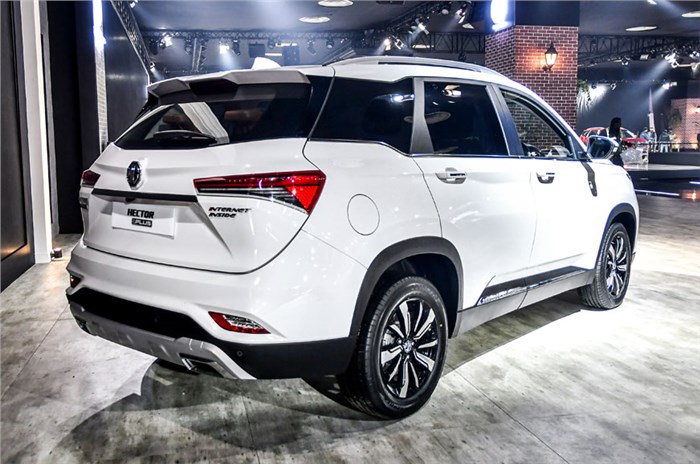 MG Motor India has taken the wraps off the three-row Hector SUV, christened the Hector Plus. Earlier touted as a six-seat vehicle, the Hector Plus will also be available as a seven-seater, which means those looking to buy MG’s SUV will be able to choose from five-, six- and seven-seat layouts. The model on display at the motor show is the six-seater.

In order to differentiate from the five-seat version, the Hector Plus gets an all-black grille without the chrome surround seen on the Hector, thicker LED DRLs, a different front bumper design and new triangular design for the headlight and fog lamp cluster. The rear also sees a few changes – the LED light bar on the tailgate and the one on the upper part of the rear bumper have both been given a miss, and the reflectors and reverse light have moved slightly higher on the bumper. The extra 40mm length over the five-seat Hector is obvious when viewed from the side. The size and design of the alloy wheels are also unchanged on the show car.

The cabin of the Hector Plus is also expected to get mild cosmetic tweaks, along with updated infotainment software for its 10.4-inch portrait-style touchscreen. The model will also come with a panoramic roof and MG's in-car connectivity suite, at least on the top variant.

Under the hood, the Hector Plus is expected to launch with the same engine options as the Hector. There’ll be a BS6-compliant 1.5-litre turbo-petrol, the same 1.5-litre petrol unit with a 48V mild-hybrid system, or a 2.0-litre turbo-diesel engine. Gearbox choices are also expected to be identical – all three engines come with a 6-speed manual but the petrol models also get a 7-speed dual-clutch automatic as an option. There is no word yet on a Hector Plus diesel-automatic.

MG Motor India is expected to announce pricing for the Hector Plus in the second half of 2020. When it does arrive, expect it to cost a decent premium above the Hector. The Hector Plus will take on the likes of the Tata Gravitas, Mahindra XUV500 and the next-gen Hyundai Creta, which will get a seven-seat option a little later.

Along from the Hector Plus, MG Motor India has unveiled as many as 14 cars and SUVs at its pavilion at the Auto Expo 2020.