Volkswagen will unveil the eighth-generation Golf hatchback later this month on October 24. It will feature majorly updated interiors. 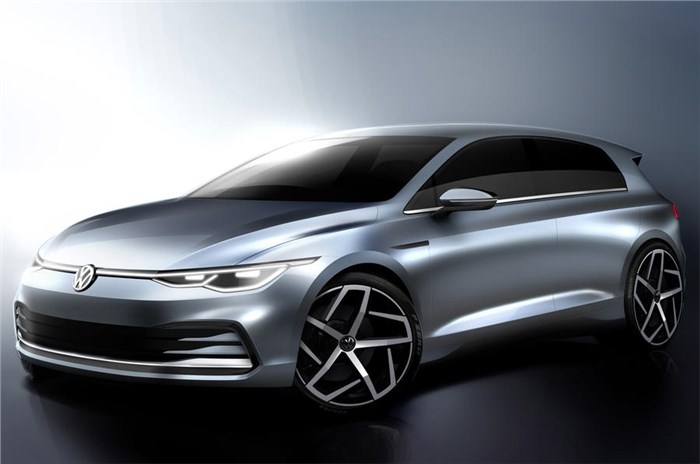 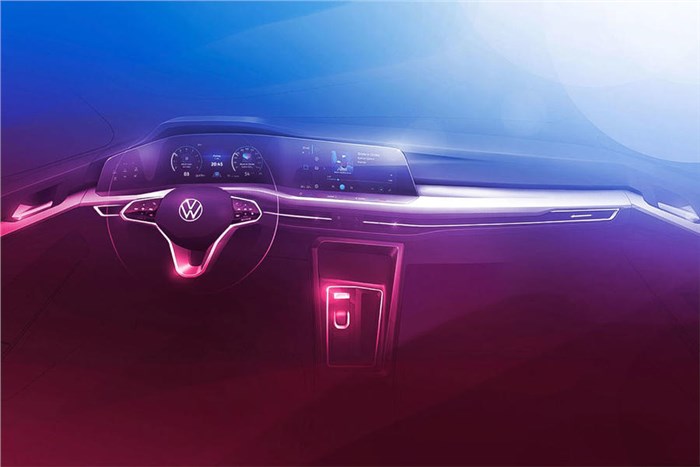 Volkswagen has previewed the exterior and interior styling of the new eighth-generation Golf with a pair of official sketches ahead of the car’s unveiling, later this month.

The latest version of the long-running hatchback is due to be unveiled at the German firm’s Wolfsburg headquarters on 24 October. While the car has been spied testing with varying levels of camouflage, the sketches give the first glimpse at how the car will appear in finished form.

The exterior sketch showcases that the new Golf will retain the classic design, albeit with a revamped headlight design; including a thin light-strip running across the front of the car. There's also a revamped front bumper and grille. Volkswagen promises the design will be “more dynamic than ever before.”

The interior sketch suggests a bigger change, suggesting that many physical controls will be incorporated into the centrally mounted touchscreen, which is positioned to flow from the digital instrument display.

It also suggests the interior air vents will be incorporated into a thin strip across the dashboard, which will feature a light strip along it. Volkswagen describes the interior style as a “new digital cockpit”, adding that the new car will be a “trendsetter in terms of its digitalised and connectivity-oriented interior world, its assisted driving features and its online-based functions and services.”

Volkswagen also said that the new Golf will feature a revamped range of efficient engines and new suspension technology to boost its handling.

Our sister publication, Autocar UK, previously revealed how Volkswagen intends for the new Golf to revolutionise the family hatchback market with a range of 48V mild-hybrid powertrains and previously unseen technology. The car will also launch with two plug-in hybrid powertrains, including a performance-focused GTE version. Volkswagen board member for research and development Frank Welsch previously told Autocar UK that the GTE will be sold in either 204hp or 244hp state of tune.

There will be no new electric Golf, because Volkswagen will focus on its standalone ID.3 model instead.

The standard car had already been seen with virtually no disguise before. But now a prototype was spotted with a charging port built within its front wing, suggesting it is the flagship PHEV model.

The latest version of the long-running hatchback was originally due to be unveiled alongside the ID.3 at Frankfurt, but Volkswagen bosses decided to focus that event on its new electric offering. The Mk8 Golf has now been confirmed for an October launch. It will go on sale in the UK early next year.