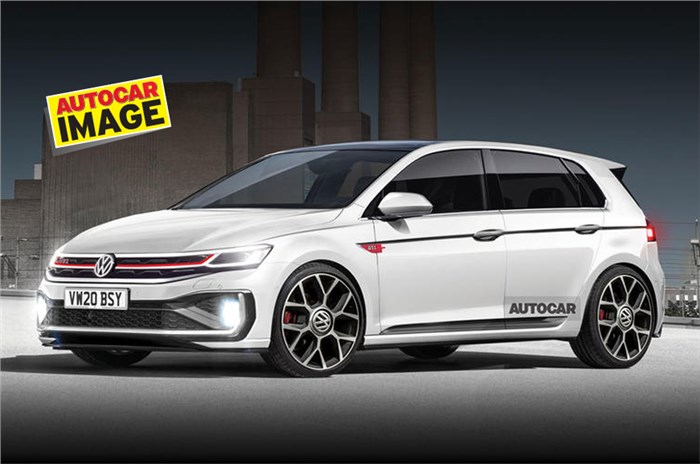 Encouraged by the huge demand for the Octavia RS, German carmaker sees a market for a limited-run, high-performance four-door; could be priced around Rs 40 lakh.

Performance car enthusiasts, especially those with a penchant for hot hatches, could be in for a treat as Volkswagen is evaluating the possibility of introducing the Golf GTI in India, according to sources. The model will be brought in as a completely built unit (CBU) following the relaxation of import rules by the government.

As per the new norms, carmakers can import 2,500 units per year, either as a CBU or CKD (completely knocked-down), without the models having to undergo homologation, provided they meet the homologation criteria for the international market.

If launched, the Golf GTI will be available in limited numbers – just like the brand's previous hot hatch, the VW GTI – and could be priced at around Rs 40 lakh.

VW India believes there is a market for limited-run, high-performance four-door cars, thanks to the fact that the Skoda Octavia RS went on to become a huge hit among India’s enthusiast community. In fact, Skoda is planning to reintroduce the Octavia RS, this time with a more powerful 245hp variant.

The Golf GTI, first launched in 1975, was the model that pioneered the hot hatch segment internationally. It offered a combination of performance with everyday usability. The eighth-gen model was spotted testing at Nürburgring recently and is expected to be revealed later this year with more power, more tech, and a weight reduction. Changes over the standard Golf expected to include reworked front and rear bumpers with larger air intakes, chunkier wheels, larger brakes, the familiar dual- exhaust and a rear spoiler.

While there's no confirmation from VW, the Golf GTI is expected to be powered by a revised version of the current model's 2.0-litre turbo putting out about 255hp (+15hp) in the standard model and 290hp (+45hp) for the more powerful TCR, which will replace the current Performance GTI in international markets. The torque rating of 350Nm and 370Nm respectively is also expected to increase.

Engineers involved in the new Golf GTI's development earlier told our sister magazine Autocar UK that focus has been on steering accuracy. The electro-mechanical setup of the outgoing model has been heavily reworked to provide it with added levels of feedback and a more direct ratio. The new Golf GTI will be underpinned by a further-developed version of the existing model’s MQB platform.

The Golf GTI will be a halo model in VW's range for India. The demand for VW's previous hot hatch, the GTI, slowed down after getting off to a good start, but the company believes one of the reasons for that was because the car was only available as a two-door. As a result, it is looking at bringing the four-door variant of the Golf GTI. If the plan gets a go-ahead, the model could be launched by the end of 2020.