The Mahindra XUV300 sold in Africa is made in India. 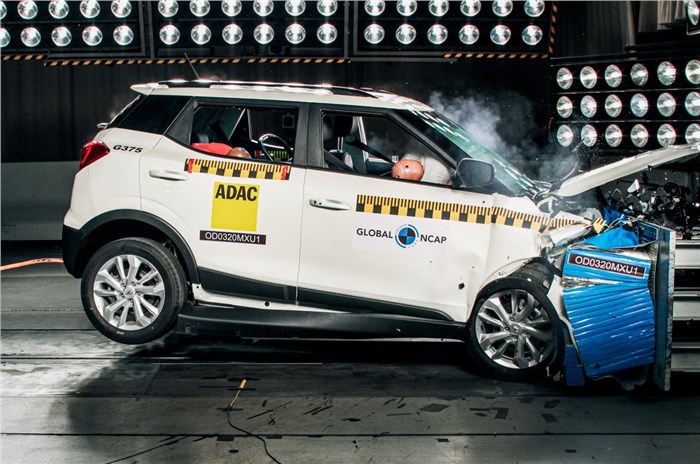 The Mahindra XUV300 sold in the African market has received a 5-star crash safety rating by Global NCAP. The made-in-India SUV is the first car in Africa to receive a 5-star rating.

Global NCAP has revealed that the XUV300 for the African market has received five stars (scoring 16.42 out of 17.00) for adult occupant protection and four stars (37.44 out of a maximum 49.00) for child occupant protection. A detailed category wise break-up is yet to be released.

The test for child occupants showed that the child restraint system anchorages and ISOFIX mounts provided good protection to the 3-month and 18-month-old child dummies.

The XUV300 tested was equipped with safety kit such as dual front airbags, front seatbelt pretensioners, 4-channel ABS, ISOFIX anchorages, and driver and passenger front seatbelt reminders as standard. The XUV300 also has the option of deactivating the passenger airbag in case a rear-facing child seat needs to be installed in the front passenger seat.

The crash tests also showed that the bodyshell was rated stable and was capable of withstanding further loadings. In addition to this, the footwell area of the XUV300 tested was also rated stable.

The #SaferCarsForAfrica Campaign was launched by Global NCAP in 2017 with the objective of promoting safer vehicles across the continent. The campaign is a partnership between Global NCAP and AA South Africa, and is supported by the FIA Foundation and Bloomberg Philanthropies

Global NCAP also runs a similar campaign for India, called #SaferCarsForIndia which was started in 2014, in partnership with the Institute for Road Traffic Education (IRTE)

Mahindra sells the XUV300 with the same engine options in Africa, however, the only transmission option on offer is a 6-speed manual.