Porsche has officially revealed the interiors of the upcoming electric sportscar; notably and as expected Porsche's traditional centre-mounted analogue tachometer is no more. 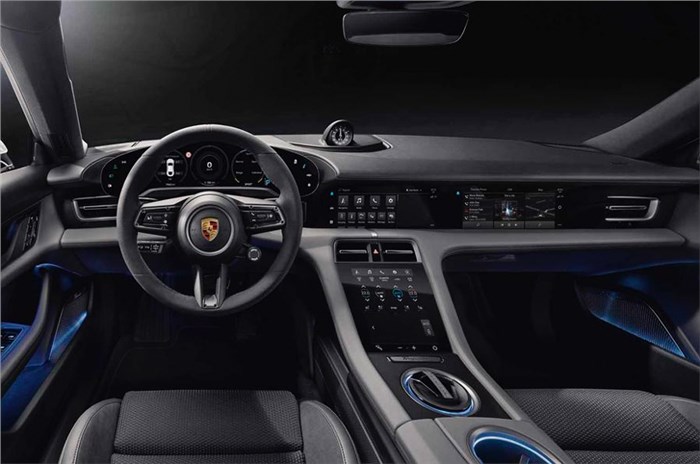 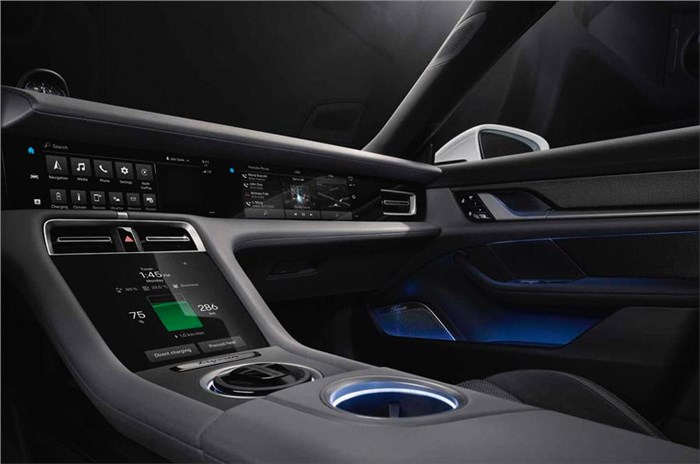 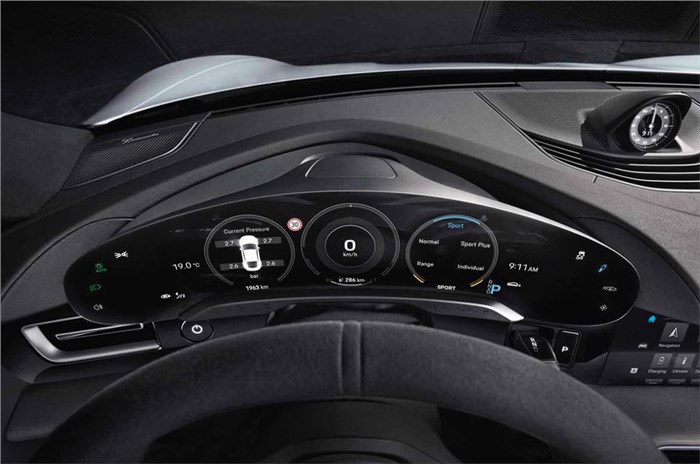 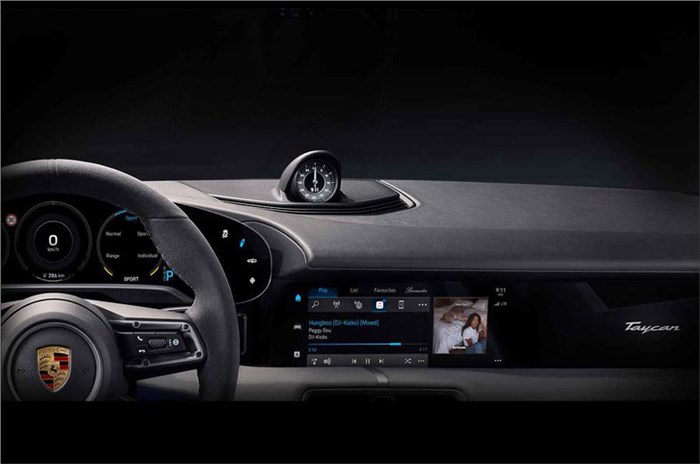 Porsche has officially revealed images that detail the interiors of Taycan EV. The images show a new, modern dashboard layout consisting of four digital displays. The only analogue feature on the inside is the clock on top of the dashboard. Concerning the screens – the first display is a configurable, freestanding 16.8-inch digital instrument cluster, while the 10.9-inch infotainment display in the centre of the dashboard handles the connectivity, navigation and media features. Below that is a vertically-oriented 8.4-inch display with haptic feedback that can be used to change the climate control settings, seat settings and so on. The Taycan also features another 10.9-inch screen positioned in-front of the front passenger. This screen can control the navigation and media settings though it can’t control any driver settings. Porsche’s Taycan is also expected to get over-the-air (OTA) updates in the same way other EV carmakers like Tesla offer. Porsche will also provide a free six-month subscription to Apple Music, along with Apple CarPlay integration. However, Android Auto compatibility will not be available.

Porsche has given a sneak peek inside the Taycan ahead of the electric sportscar’s international debut at the 2019 Frankfurt motor show, which will be held from September 12-22, 2019.

The firm has released a single image showing the Taycan's dashboard, which appears to take cues from the firm's other models but with a slightly cleaner design. It shows a steering wheel similar in design to that of the current 911, notably though the traditional analog tachometer is missing thanks to the electric powertrain. It also has a digital driver-information display and an infotainment screen built into the dashboard, along with a pop-up analogue clock on top of the dashboard.

Also seen is confirmation that the Taycan's infotainment system will feature a fully integrated version of the Apple Music streaming service.

The Apple Music deal means subscribers to that service can play any song or playlist directly through the infotainment system by using its integrated internet data streaming feature. The Taycan is the first car to feature full Apple Music integration, and it will offer voice control and exclusive Porsche playlists. The firm says Taycan buyers will be given a free six-month subscription to Apple Music. The Taycan will also feature Apple CarPlay integration.

The Porsche Taycan, which is the brand's first EV, recently completed its endurance run at the Nardò high-speed test track in Italy where it completed 3,425km in 24hr. We had also previously reported that the Porsche Taycan EV will get a 2020 launch in India.