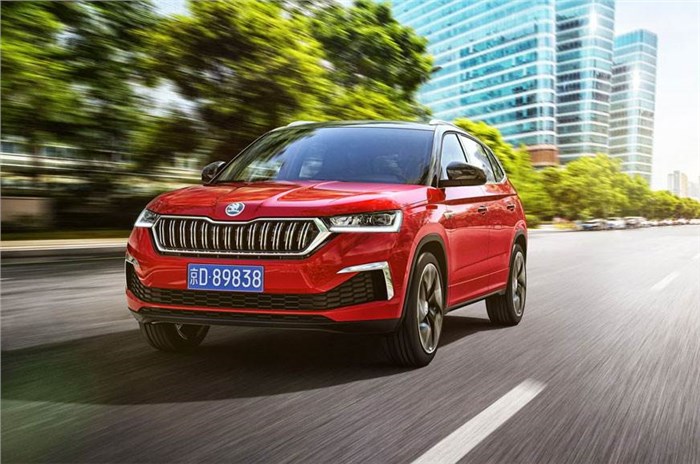 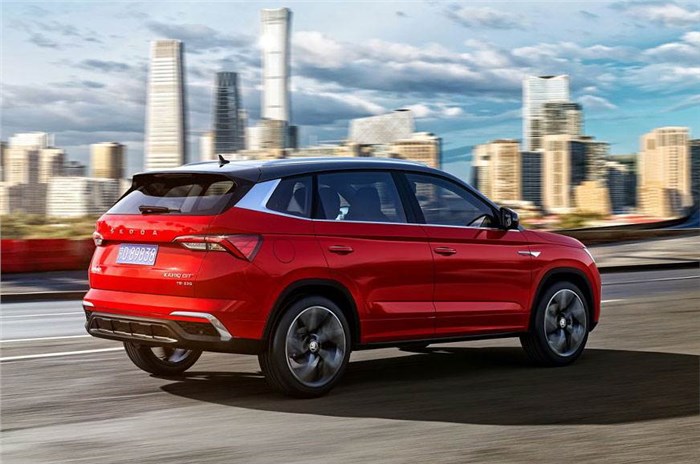 Skoda has revealed the Kamiq GT – a SUV-coupé iteration of its China-spec Kamiq SUV. However, since it is underpinned by the older-generation PQ platform and not the European model’s MQB architecture, it features different styling.

Compared to the standard Kamiq, the GT features a more sloping roofline, sleeker headlamps, a revised grille, new bumpers at the front and rear, and more chrome garnish. In terms of dimensions, the GT is slightly longer (by 19mm) than the standard Kamiq, with the width and wheelbase remaining unchanged.

Coming to the interior, the cabin too is similar to the standard China-spec Kamiq, but gets cosmetic changes to give it a sportier feel. The centre console continues to be dominated by an 8.0-inch touchscreen flanked by air-con vents, with a trim piece running the length of the dashboard below and featuring a GT badge. The GT badging is also present on the headrests, while the seats now feature a stripe running down the centre.

No engine details have been revealed, but the SUV- coupé is expected to share its engines with the standard Kamiq that’s already on sale in China.

Skoda is readying a Kamiq-based SUV for our market that’ll be underpinned by an India-specific iteration of the VW Group’s MQB A0 platform – the MQB A0 IN. The SUV will be previewed in concept form at the upcoming 2020 Auto Expo in Delhi and will be one in a line of models underpinned by the MQB A0 IN platform from VW and Skoda, under the Group’s India 2.0 project. Other models under the project will include a sister SUV from VW, along with new mid-sized sedans from both brands.