Even though the sedan has received a commendable 4 stars for adult and child occupants, the Figo's bodyshell integrity has been rated as unstable. 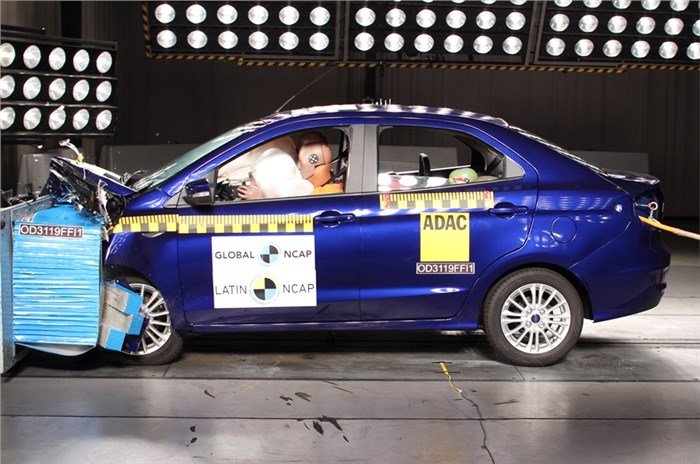 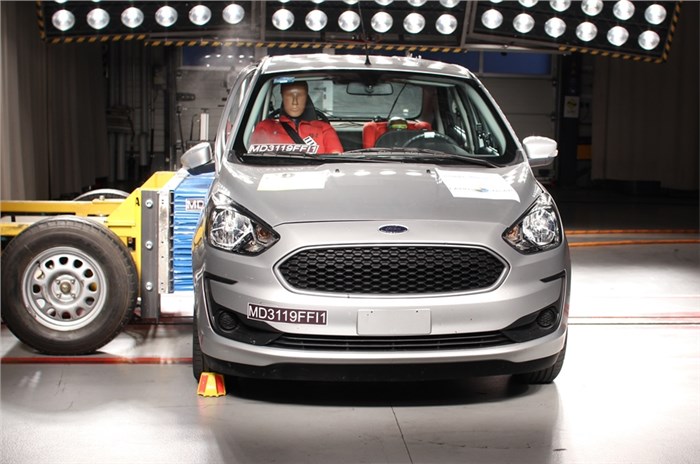 In its latest round of crash tests, the Latin NCAP (New Car Assessment Programme) has awarded a 4- star safety rating for adult occupancy as well as child occupancy to the four-door Ford Figo sedan that is on sale in the Latin American market, primarily Mexico. The vehicle is manufactured by the American brand at its plant in Sanand, Gujarat alongside the India-spec Ford Aspire sedan.

The South American model, which was updated last year, comes with four airbags, ABS, ESC, Isofix child-seat anchorages and front seat-belt pretensioners and reminders as standard. The test report notes that these safety features offered between good to adequate protection for the front occupants, with marginal protection for the driver’s chest, as seen in the frontal impact test. A side-impact collision revealed good levels of protection for all areas, except the chest.

Both tests were also performed with 18-month-old as well as three-year-old child dummies and recorded good safety levels for younger occupants too. However, the bodyshell integrity of the Figo was rated as unstable. The NCAP report also says that these results are not applicable to the similar-looking Ford Ka, which is manufactured in Brazil.

In comparison, the Ford Aspire sedan sold in India comes with standard safety kit including dual airbags, ABS, EBD and a high-speed alert system. Six airbags are offered only on the range-topping Titanium+ trim, while electronic aids like ESC, traction control and hill-start assist are offered only on the petrol-automatic variant.

Notably, the Latin American Figo sedan, at 4,249mm, is longer than the sub-four-metre Indian Aspire –  although both have the same wheelbase. In an exclusive drive of a prototype back in May, we revealed that Ford is working with Mahindra to introduce a battery-electric version of the 4.2m-long sedan in our market by the end of next year.