Ford and Mahindra are jointly developing an Aspire-based electric sedan with enough performance and range to attract private customers. We drive a pre-facelift mule to give you a taste of things to come. 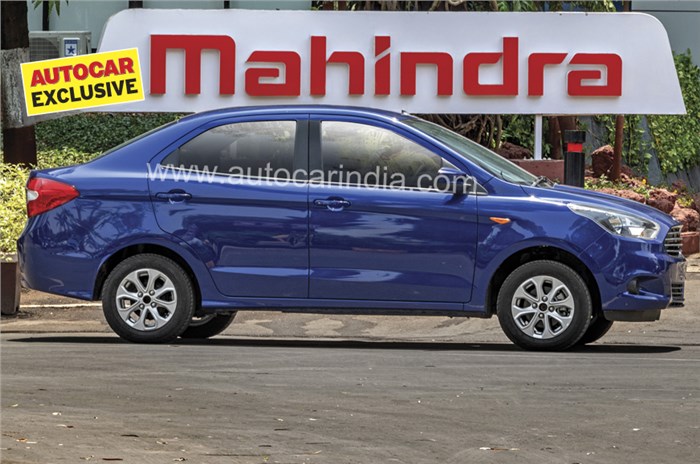 The first product to be co-developed by the recently announced Mahindra-Ford tie-up will be a Ford Aspire-based all-electric vehicle that could come to a charging socket near you by the end of next year.

We’ve exclusively driven an early mule and what immediately struck us is that this EV derivative of the Aspire isn’t the sub-four-metre version that’s on sale in the Indian market, but is instead a full-sized sedan with a bigger boot. It’s the same 4.2m-long Aspire that Ford exports to markets like South Africa from its Sanand plant, where it is manufactured alongside the domestic Aspire compact sedan. 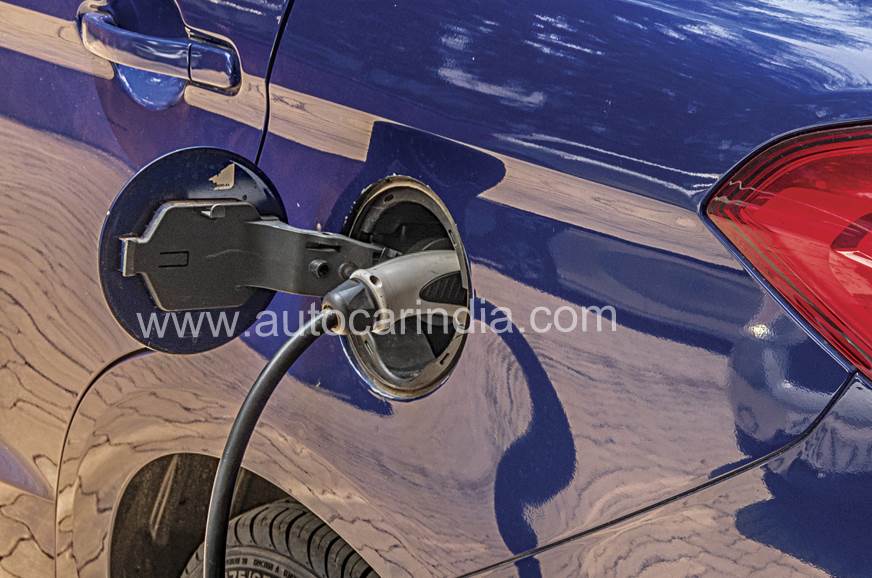 Expect a real-world range of 150km.

The lower tax rate for cars under four metres doesn’t apply to EVs, all of which pay a flat 12 percent, irrespective of the length. So why not offer a bigger version of the Aspire at no extra cost? No extra cost to the company that is. “The material cost differences between the two body lengths are negligible,” says a Ford India source. However, in the eyes of the Indian customer, the perceived value of a car increases with size. This mindset would allow a premium to be attached to the price of the Aspire EV, which, given the high cost of batteries, won’t be cheap.

The arrangement between Mahindra and Ford to manufacture and sell the Aspire-based EV is fairly straightforward. Ford will provide just the ‘glider’ or body shell without the engine and transmission to Mahindra Electric, which, in turn, will plonk in its in-house-developed electric powertrain. The mule we drove was fitted with the eVerito’s basic 72V system, but this was done just to demonstrate the ‘proof of concept’ or the feasibility of packaging a battery back, electric motor and controllers in the Aspire. 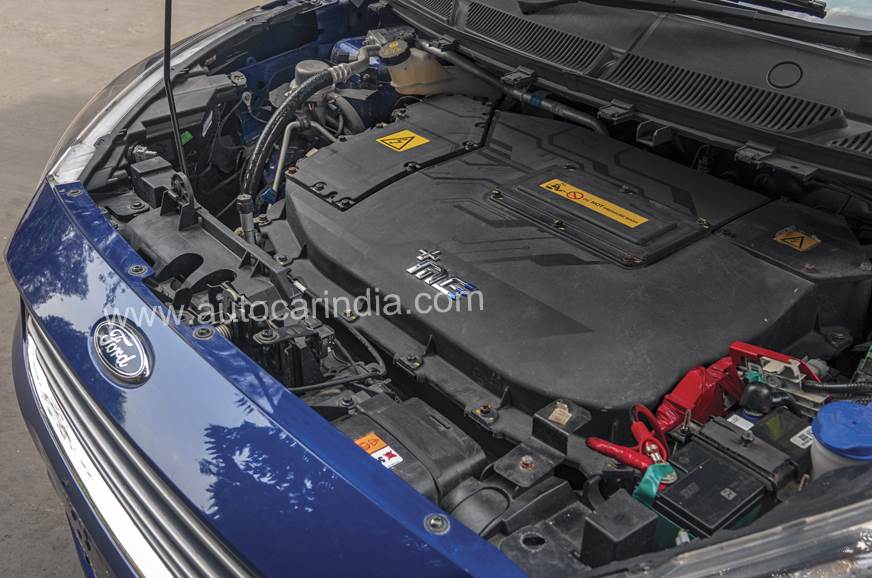 Mule has electric powertrain from eVerito for proof of concept.

The specs for this electric midsize sedan, which Mahindra Electric has exclusively shared with us is pretty impressive.  A high-voltage 380V system is being developed to match a larger battery back and a more powerful motor, to give this electric sedan a level of range and performance that won’t let its owners feel shortchanged. Mahindra is developing a 60kW (81.5hp) motor, which is twice more powerful than that of the eVerito. A bigger 25kWh battery pack (up from the eVerito’s 20kWh) is being developed and according to Mahesh Babu, CEO of Mahindra Electric, it is good for “a real-world range of 150km.” In the official drive cycle, Mahindra is targeting a range of close to 200km. “The top speed will be 110kph so this will be an electric car with proper performance,” says Babu.

This EV will be sold as a Mahindra and Ford by the respective companies and hence there will be some level of ‘badge engineering’ to differentiate between the brands. The low volumes won’t justify investment in expensive sheet metal changes and will be limited to softer parts like the bumpers and grilles. 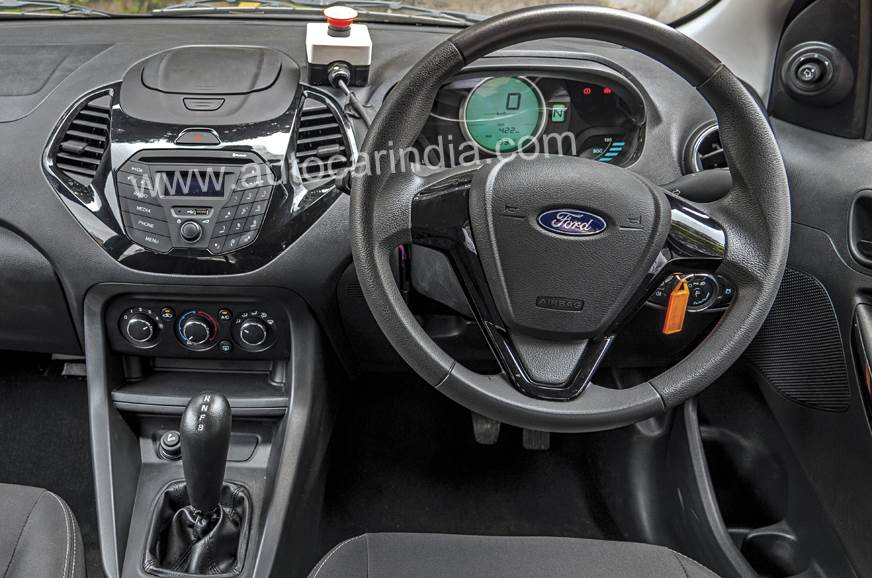 Except for instrument cluster and shift lever, interiors will remain largely unchanged. Mahindra cars will have their own badging.

There’s no word on pricing yet, but what’s for sure is that this electric sedan will be under Rs 15 lakh to qualify for subsidies under the FAME II scheme. “We have done a business case under this price point for this very reason,” says Babu.

Initially, this new EV sedan will be targeted at corporate companies as a fleet vehicle for the employees’ home to office and back commute, but the aim is to eventually find private customers. That, however, could take some time as the asking price (almost twice that of a petrol Aspire) and lack of charging infrastructure are still big hurdles.

For Mahindra, the Aspire EV is a proud moment, as it’s the first time an Indian company has taken the lead in developing a product for a global automaker.