Global NCAP has tested over 30 India-made models as part of its Safer Cars For India campaign. We tell you of the 5 that scored the highest. 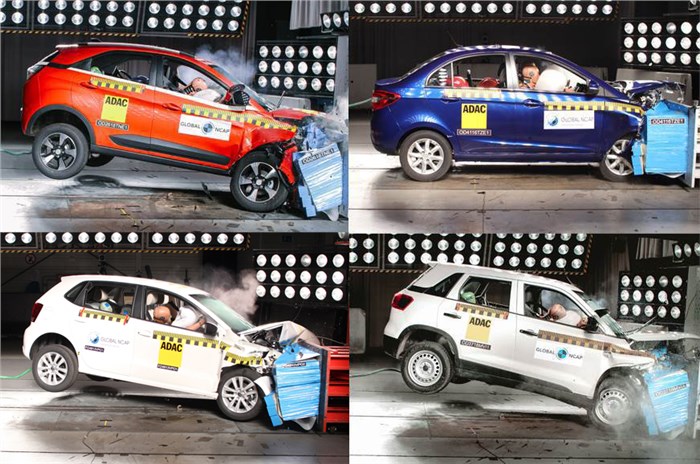 While it has been 40 years since the launch of the first NCAP programme, Global NCAP’s campaign to draw attention to car safety in India has been ongoing since 2014. Over the years, the organisation has tested close to 30 mass-market models and variants made and sold in India. Global NCAP’s crash tests last round of tests revealed that the Tata Nexon is the first made-in-India and sold-in-India model to get a 5-star rating; Mahindra’s MPV, the Marazzo, scored four stars while the Maruti Suzuki Swift was awarded a 2-star rating. A previous round of tests had seen the Renault Lodgy fare poorly with a 0-star rating, while the Maruti Suzuki Vitara Brezza came away with four stars, making it one of the best performers yet. Which are the safest cars under Rs 10 lakh tested by Global NCAP so far? Read on to find out. 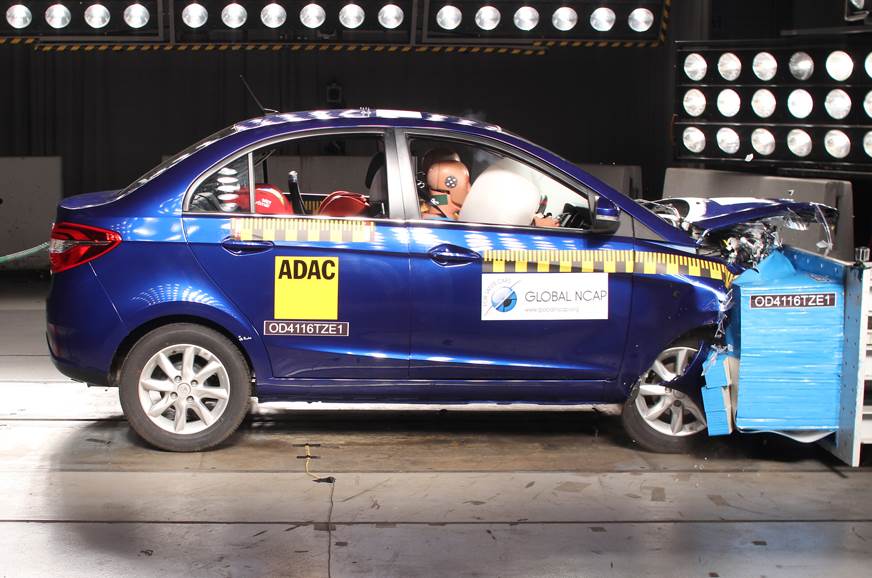 While the first round of tests for the Zest compact sedan earned it a 0-star rating, Tata was allowed another opportunity and introduced an upgraded compact sedan, which was crash-tested in 2016. This model scored an impressive 4-star rating (11.15/17) in adult occupancy and two stars in child occupancy (15.52/49). The Tata Zest came with two airbags and a seat-belt reminder for the driver, but was later updated with ABS, EBD and corner stability control. 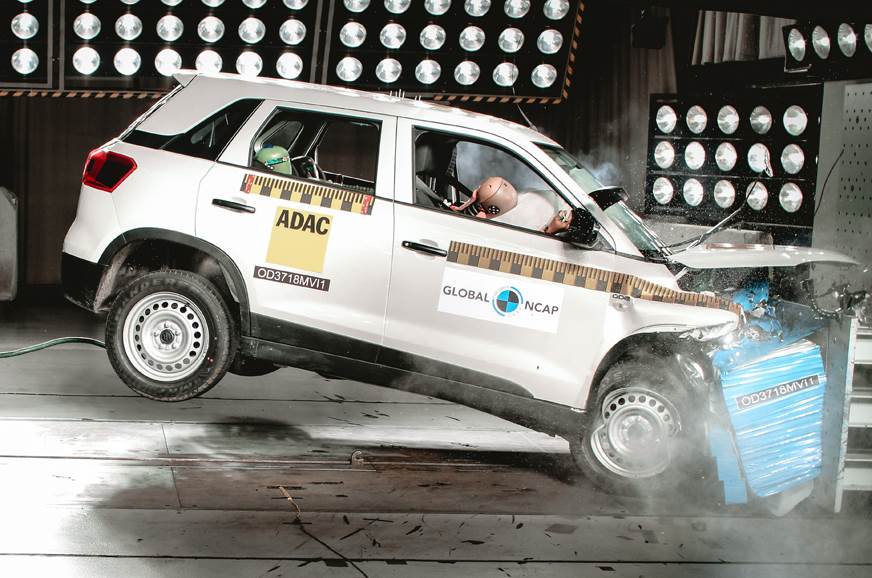 A feather in Maruti Suzuki’s cap, the Vitara Brezza compact SUV received a 4-star rating for adult occupancy in the latest round of Global NCAP’s crash tests (12.51 out of 17). However, the SUV only managed two stars for child occupancy (17.93 out of 49) with the 18-month old dummy in the test suffering injuries to its head and shoulders. The markings for the Isofix anchorages did not meet Global NCAP testing protocols, either. All variants of the Maruti Suzuki Vitara Brezza are equipped with two airbags, ABS with EBD, front seat belt with pretensioners, a driver’s seat belt reminder and Isofix child-seat mounts. 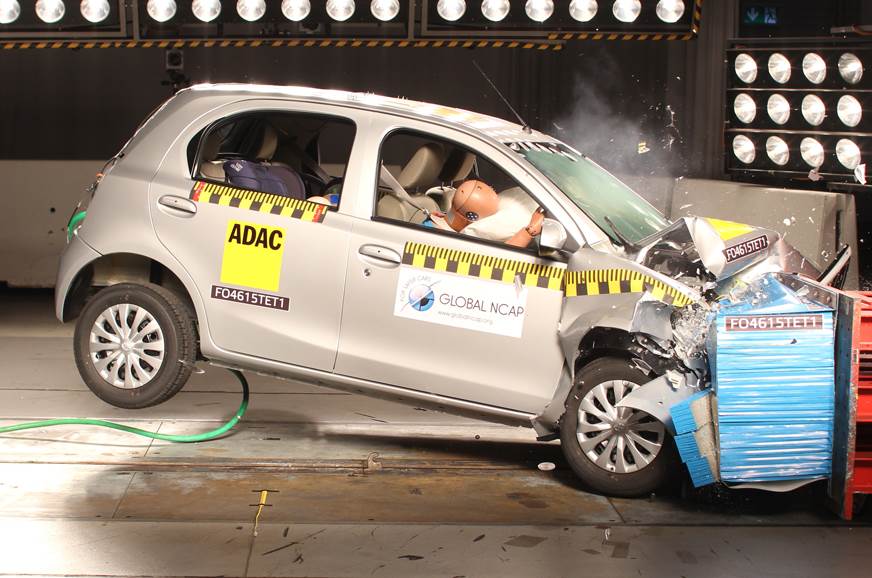 Tested by Global NCAP back in 2016, the Etios Liva hatchback was one of the few models that registered a commendable 4-star rating for adult occupancy in its very first crash test (13/16); and two stars for child occupancy (20.02/49). While the Toyota Etios Liva was updated later with more safety kit such as ABS with EBD and Isofix child seat mounts, the model tested only had dual-front airbags and front seat belts with pretensioners. 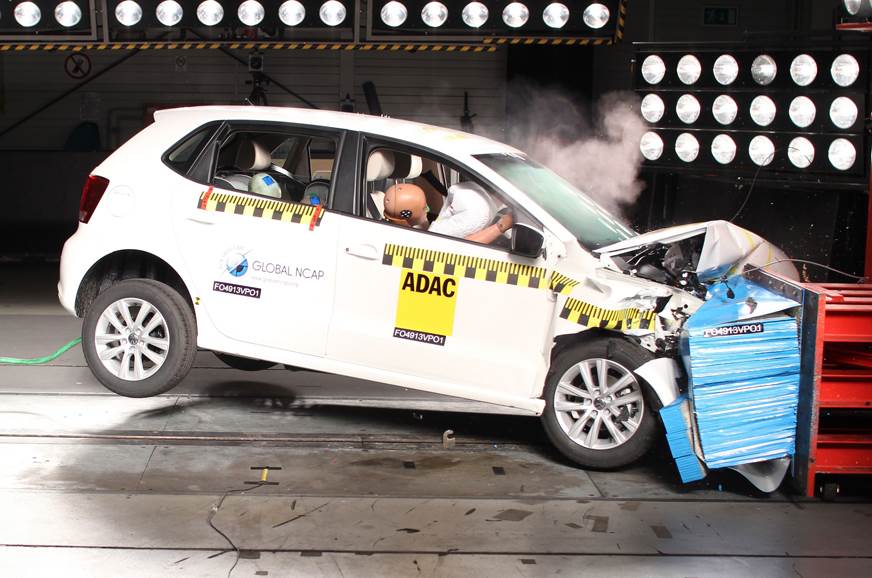 One of the first made-in-India cars to be tested by the safety ratings organisation, the Volkswagen Polo without dual front airbags scored zero stars for adult occupancy; but the version with two airbags managed a solid 4-star crash test rating (12.54/17). Both models scored three stars for child occupancy although the Polo with airbags managed a marginally higher 29.91/49, as compared to the 26.97 of the model without the safety feature. Remember, this was back in 2014 and the Polo at the time didn’t even get ABS, Isofix child seat mounts and seat-belt reminders as standard. The top-spec Volkswagen Polo GT TSI on sale in India now gets features like traction control, ESC, hill-start assist and rear parking sensors. 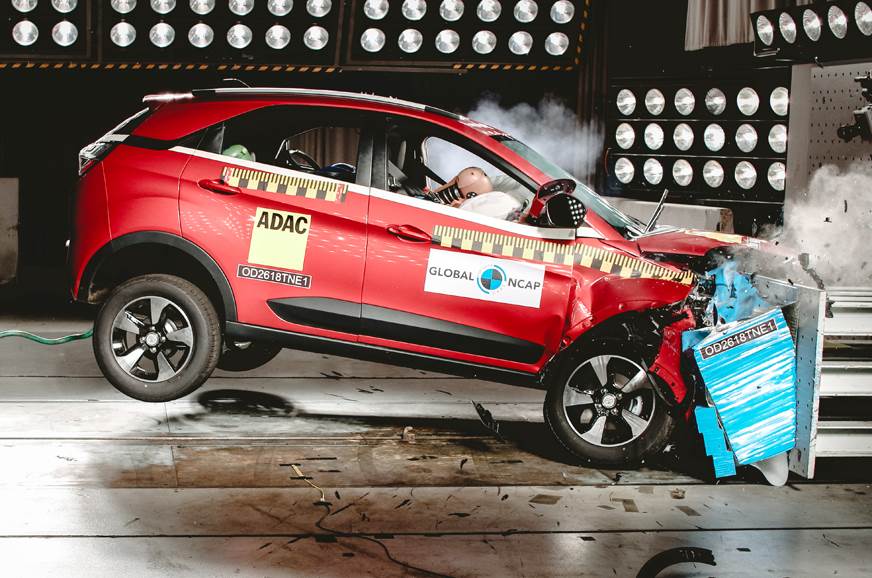 Tata’s compact SUV recently achieved a 4-star rating from NCAP for adult occupancy (13.56/17) and three stars for child occupancy (25/49). After this, Tata updated all variants of the model with a seat-belt reminder for the driver and front passenger and had the compact SUV pass the UN95 side-impact protection requirements – resulting in the Nexon becoming the first made-in-India model to achieve a 5-star rating, achieving a score of 16.06/18 in adult occupancy. Global NCAP rated the Nexon's body shell integrity as ‘stable’ while providing good protection for the head and neck of the driver and the passenger. All variants of the Tata Nexon come with two airbags, ABS and Isofix child seat mounts as standard. 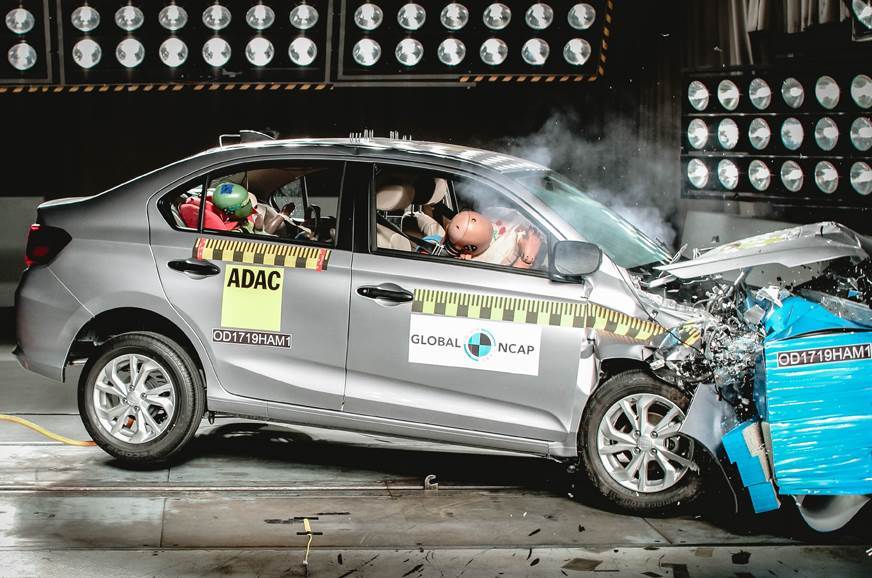 The made-in-India Honda Amaze – sold here and in select African markets in the same specification – was tested as part of Global NCAP’s Safer Cars For Africa campaign. Safety equipment such as dual-front airbags, ABS and seat-belt reminders helped the compact sedan achieve a commendable 4-star rating (14.08/17) for adult occupancy. However, despite coming with Isofix child seat mounts as standard, the Amaze performed poorly in terms of child occupancy. Global NCAP gave the car just one star (8.16/49), as the child seat mounts were not up to its standards. 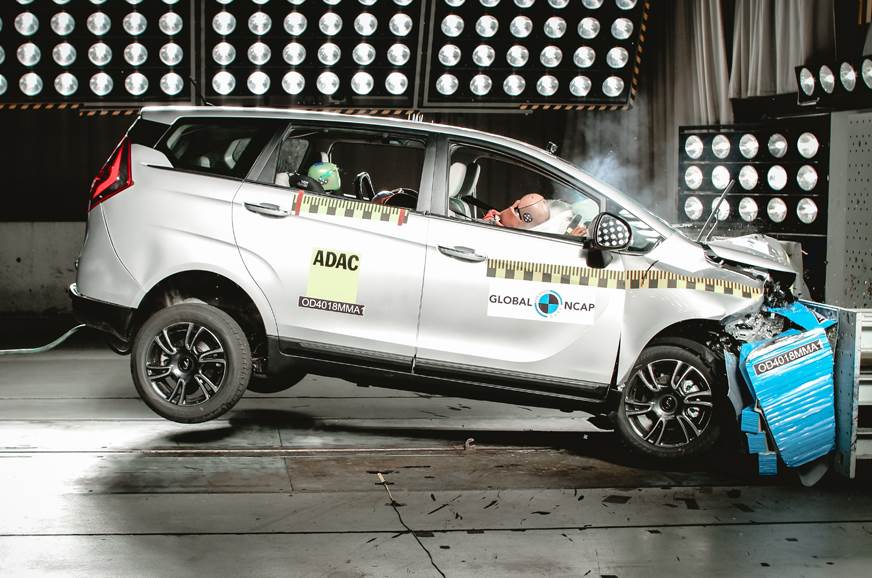 The first made-in-India MPV to gain a 4-star rating, the Mahindra Marazzo did far better than fellow people carriers such as the Renault Lodgy and Chevrolet Enjoy. The Marazzo MPV scored 12.85 out of 17 in adult safety and 22.22 out of 49 in child occupancy (two stars) thanks to safety kit such as dual front airbags, ABS, a driver’s side seat-belt reminder, front seat-belt pretensioners and Isofix anchorages for the rear seats – standard across all variants. When it had launched in India, the base Marazzo variant just ducked under the Rs 10 lakh-mark, however, a recent revision has increased the base Marazzo M2’s price to Rs 10.18 lakh (ex-showroom, pan-India). 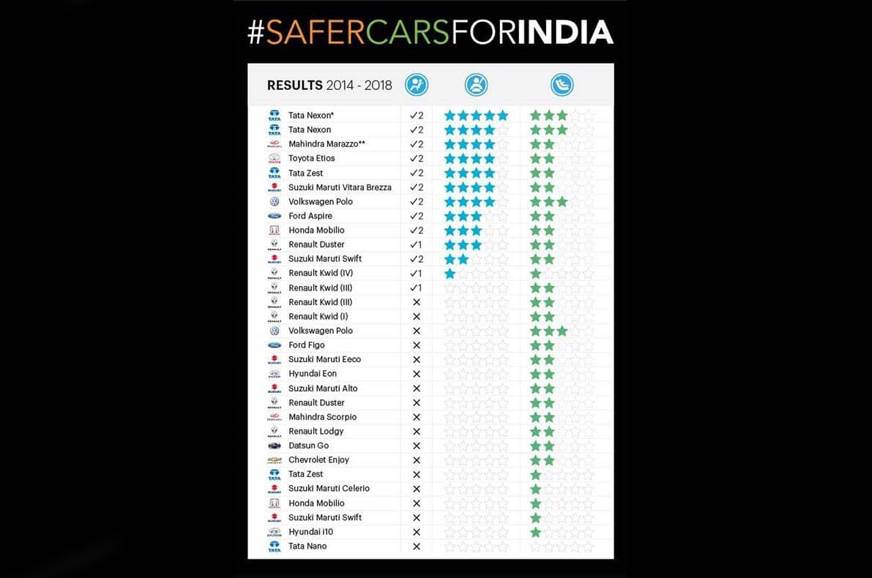