"Could have left India, but chose to stay": VW

Head of sales and marketing Jürgen Stackmann says VW could have left India few years ago but decided to stay as it saw potential in giving Skoda the lead. 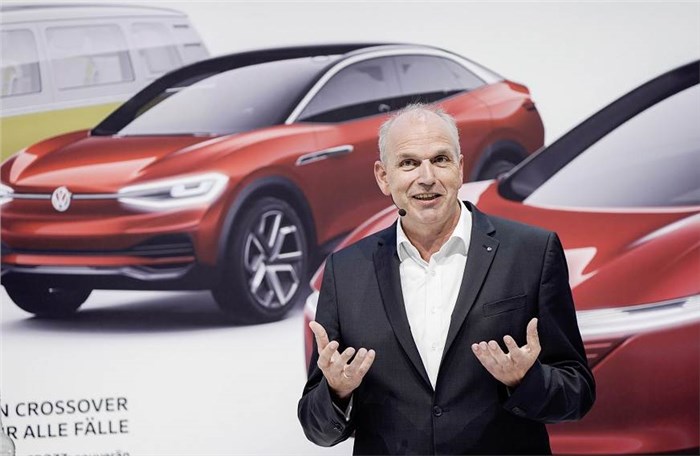 Jurgen Stackmann, VW's head of sales, marketing and after sales.

German car major Volkswagen has reaffirmed its commitment to India – even as the country's auto industry witnesses its worst ever slowdown – and the company is charged-up to participate in the Auto Expo 2020.

“We could have taken a decision to leave India a few years ago,” Jürgen Stackmann, head of sales and marketing at Volkswagen, told Autocar India, adding that instead, it decided to stay by handing over Skoda the mantle to lead the development of future Volkswagen Group cars in the country.

"(Back then) our plan for the future was weak. So we had to decide to either stay weak and play along or go bold. Our decision to invest into a new platform for India is a statement that we believe in India’s future. The circumstances, growth and dynamics of the market will always change, and they will always change faster in an economy like India, compared to Europe. So, if you don’t like that change, then don’t invest. But we have taken the decision to invest," Stackmann said.

He believes the decision to hand Skoda the lead stemmed from the fact that the Czech carmaker was nimble, which allowed the group to take faster, more rigid decisions. Furthermore, VW's high cost structure never really allowed it to have a price advantage in a price-sensitive market like India, so Skoda's low-cost structure further convinced VW that if a change in leadership had to happen, Skoda would be the right choice.

"I have a big advantage that I do know both brands, and Skoda is a very pragmatic, very solution-oriented brand that moves fast," Stackmann said.

The German carmaker is banking on the new models out of the relatively low-cost MQB A0 platform to improve sales, which have been below-par till now. In fact, strengthening its position in India is a bigger priority for VW rather than pushing exports for the sake of achieving scale. Exports would be part of the plan as the cost position for Indian models is similar to many other countries, but Stackmann believes a strategy that hinges more on exports is unlikely to be successful in the long term.

"The true essence of our plan is actually to finally become India for India. We have to make sure that our success is an India success. We need to have products that work in India, volume that works in India, a strong network, and then the remaining volume is exported out," Stackmann said. "Just laying your foundation on export remains a wrong strategy. If you are just using the country as a production hub, it’s never going to fly long term."

Skoda is gearing up to showcase a new midsize SUV for India, based on the MQB A0 platform, at the Auto Expo 2020 and VW is also readying an SUV based on the same platform. That apart, an additional model each by VW and Skoda will be introduced under the India 2.0 project – an all-new Skoda Rapid sedan and the replacement for the Volkswagen Vento.