Available in two variants, Standard and Deluxe, the BS6 Honda Dio costs around Rs 7,000 more than the outgoing BS4 model. 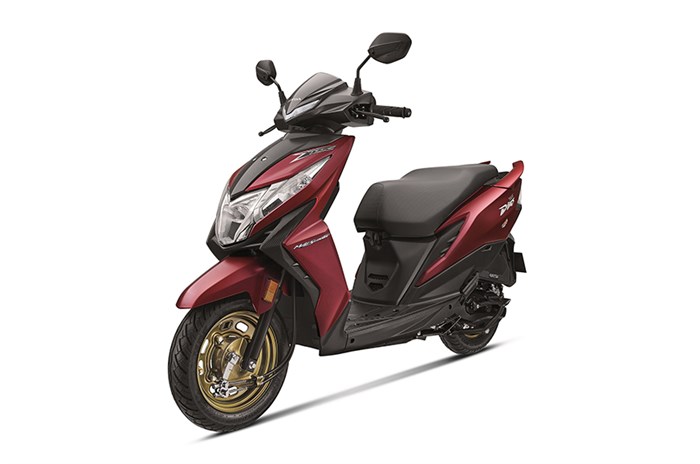 Honda has just launched the updated BS6-compliant Honda Dio. The manufacturer had teased the scooter last week and now that it’s officially here, we can confirm that it will be available in two variants – the Standard (Rs 59,990) and the Deluxe (Rs 63,340). These prices mean the Dio sees a hike of around Rs 7,000 over the outgoing BS4 model.

The new Dio is powered by the same BS6 110cc engine that we recently saw on the Activa 6G, where it produces 7.79hp at 8,000rpm and 8.79Nm of torque at 5,250rpm. Honda has also equipped the scooter with its silent-start system.

Honda has updated the scooter’s styling as well, and the Deluxe variant now also features an LED headlight, just like on the Activa 6G. More importantly, the Dio now uses a telescopic fork and a larger 12-inch front wheel instead of the 10-inch unit on the BS4 model. The pass-light switch and external fuel filler cap, which can be opened via a switch near the keyhole, are a few other features that have made their way onto the scooter from the Activa 6G. Honda has also increased the wheelbase on the Dio by 22mm.