While the Racing team India entry will still compete in the 24 Hours of Le Mans, it will be run entirely by Eurasia. 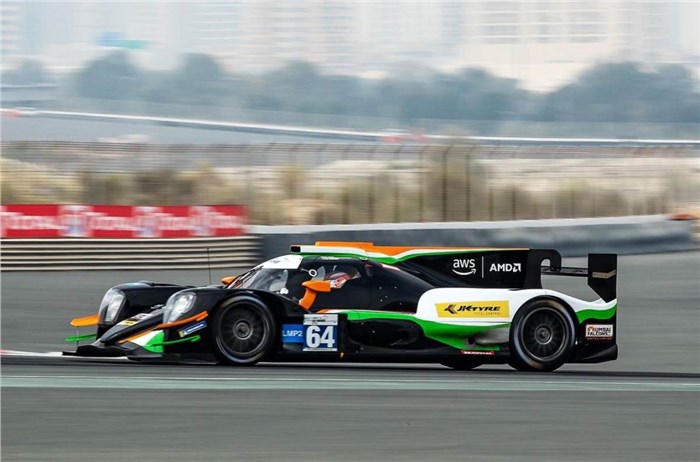 Racing Team India has withdrawn from the upcoming 24 Hours of Le Mans, scheduled to be held on August 21-22. A statement released by the team says that both Narain Karthikeyan and Arjun Maini are unable to travel to France for the event due to COVID-19 related travel restrictions and other factors.

The team was looking to get some key practice time ahead of the event, but the pandemic and all the resulting restrictions made that impossible.

Why Racing Team India has opted out of Le Mans

Having secured an invite to the prestigious endurance race, Racing Team India was set to become the first Indian squad to compete in the 24 Hours of Le Mans. Karthikeyan and Maini, along with Naveen Rao, had competed in the Asian Le Mans Series earlier this year, finishing the campaign in 5th place.

“Despite being granted an invitation to participate in this blue riband event of the global motorsport calendar, due to COVID-19 related travel restrictions and other factors, it will not be possible for the teams’ drivers (Narain Karthikeyan and Arjun Maini) and other personnel to travel to France for this event. The team has waited until the last possible moment to make this painful decision, but it now seems inevitable that this will not be feasible,” a statement released by Racing Team India says.

The team added that in light of the current COVID-19 situation in India, it felt that it would be prudent to delay its Le Mans participation to the 2022 edition.

“We will come back stronger next year, and will not give up on our dream to make this project a success, one which will benefit Indian motorsport in the long term. We are very thankful to all of our sponsors, partners and especially our fans for their unwavering support,” the statement added.

Will there be a Racing Team India entry at Le Mans?

Racing Team India’s partner Eurasia Motorsport will keep its existing entry, with James Winslow, John Corbett and Tom Cloet as its driver line-up, as per the latest Le Mans entry list. This entry will continue competing under the ‘Racing Team India Eurasia’ name, but it will be run entirely by Eurosport and have no association with the Racing Team India crew. This is because event rules don’t allow for an entry name to be changed at the last minute.

Naveen Rao, meanwhile, is listed as a reserve entry for Algarve Pro Racing in the LMP2 class. Arjun Maini is currently competing in the DTM for Mercedes-AMG backed team GetSpeed Racing. His next outing will be at Zolder this weekend.