Racing Team India will be the first Indian squad to take part in the iconic 24 hour endurance race. 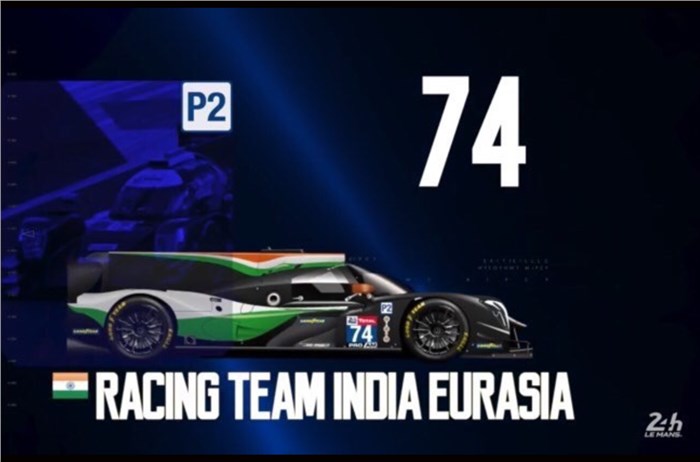 Racing Team India will be creating motorsport history by becoming the first Indian team to compete in the 24 Hours of Le Mans later this year. The team has secured a spot on the official 62-car entry list for the iconic endurance racing event.

This year’s edition of the event has been postponed to August 21-22, in the hopes that fans will be able to attend the race.

What started off as a passion project for India’s first F1 driver, Narain Karthikeyan, during the lockdown manifested into reality when Racing Team India made its debut outing in the Asian Le Mans series earlier this year. The team faced the mammoth task of conquering a steep learning curve in a rather short duration, battling it out with some of the most experienced names in endurance racing.

Ultimately, Karthikeyan, Arjun Maini and Naveen Rao overcame some tough hurdles to wrap up the season in 5th place. Throughout it all, they were chasing one dream – to become the first squad flying the Indian tricolour to take part in the fabled 24 Hours of Le Mans in France. And the team has achieved just that.

The team has partnered with Eurasia Motorsport for the outing, competing in the LMP2 Pro/Am class. Eurasia Motorsport has been an LMP2 regular in the World Endurance Championship (WEC), and even finished in the top 15 in last year’s 24 Hours of Le Mans. So, the experience and technical insight they bring should certainly be an asset. Karthikeyan, Maini and Rao have all been confirmed as well.

While Racing Team India fielded an Oreca-07 in the Asian Le Mans Series, the team will be using the Ligier JS P217 LMP2 prototype for the 24 Hours of Le Mans. The car is one of four LMP2 chassis homologated by Le Mans organiser ACO, the FIA and IMSA, complying with regulations that came into force in 2017.

In compliance with these rules, it is powered by a 608hp 4.2-litre Gibson V8 engine and is equipped with electronic systems supplied by Cosworth Electronics.

In an exclusive interview with Autocar India, Karthikeyan explained that he had always envisioned Racing Team India to be a platform to introduce young Indian talent to the world of endurance racing.

The new cost-effective hypercar and LMDh rules have already attracted a slew of manufacturers like Porsche, Audi, Peugeot and Ferrari to the WEC. And considering how sportscar racing is far more accessible than single-seaters, endurance racing could very well be the next big thing for India on the global motorsport stage.