The 24 Hours of Le Mans will be held on August 21-22 this year in the hopes that fans can attend the fabled endurance racing event. 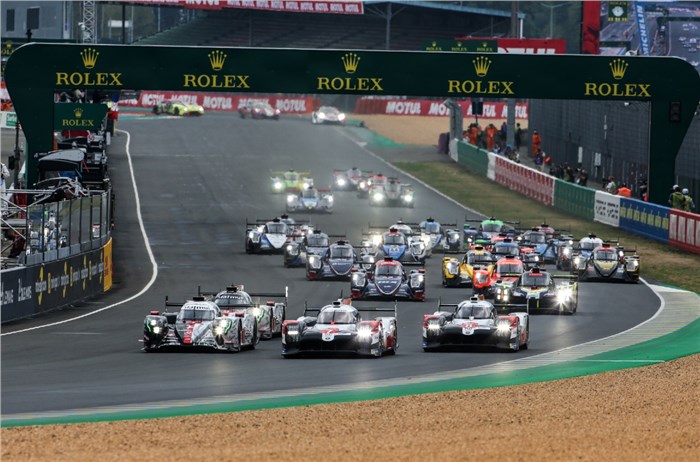 This year’s edition of the 24 Hours of Le Mans has been postponed to August 21-22, instead of its original slot on June 12-13. Organisers of the iconic endurance racing event, the Automobile Club de l’Ouest (ACO), say the decision was made to ensure there was a chance for spectators to attend the race.

Why has the 24 Hours of Le Mans been postponed?

This is the second year running that the 24 Hours of Le Mans has had to be rescheduled due to COVID-19. Last year’s event – which saw Toyota secure their third straight win – was pushed to September, marking the first time since 1968 that the event didn’t take place in June.

The ACO is hoping that the global situation should improve enough by August for spectators to attend the event “in strict compliance with the applicable health and safety measures”. The statement added that “the ACO has made this decision early in the season to give competitors, partners and spectators as much visibility as possible and to maintain the current FIA WEC calendar”.

Information on tickets and full details of the race format will be released at the end of April. Last year’s event did not have an official test day, and it remains to be seen if the 2021 edition will continue that trend.

Earlier this year, Racing Team India became the first all-Indian squad to compete internationally in endurance racing with its Asian Le Mans Series outing. The team finished the championship in 5th place overall, and are hoping to catch the attention of the Selection Committee for the 24 Hours of Le Mans to secure an invite.

The official entry list will be revealed on March 9, 2021. Should Racing Team India get an invite, they will become the first squad flying the Indian tricolour to take part in the event.

Dates for the remainder of the 2021 World Endurance Championship (WEC) remain unchanged. So the season will kick off with the 8 Hours of Portimao on April 4, followed by the 6 Hours of Spa-Francorchamps and 6 Hours of Monza on May 1 and July 18 respectively.

Two more rounds will be held after the 24 Hours of Le Mans – the 6 Hours of Fuji on September 26 and 8 Hours of Bahrain on November 20.

“Although it was a tough decision to make, it is the right one. Holding the 24 Hours of Le Mans behind closed doors for the second year running would be unthinkable,” said Pierre Fillon, President of the ACO.

We are therefore doing all we can to avoid that happening and to give competitors a clear view of the whole season. We are working very hard to put on a safe event, with all the necessary health precautions in place. This year’s race promises to be another thriller as the new Hypercar class makes its debut.”

This year will see the new Le Mans Hypercar class replace the top-tier LMP1 class in the WEC, and the new rules have already attracted a slew of manufacturers. Ferrari is the latest in a string of manufacturers to sign up for the new regulations. Toyota will continue in the category this year. Additionally, Peugeot, Audi and Porsche are all due to join in the coming seasons.

The top class of the WEC and Le Mans will now be open to cars built to the new Hypercar rules (such as the Toyota GR010 Hybrid), the LMDh rules (that Porsche’s 2023 hybrid prototype challenger will be based on), and adapted LMP1 cars. A Balance of Performance (BoP) system based around energy usage and weight will be used to adjust the performance of each car on a race-by-race basis.