The No. 8 Toyota of Buemi, Hartley and Nakajima stormed to victory after the No. 7 Toyota and both Rebellions faced issues. 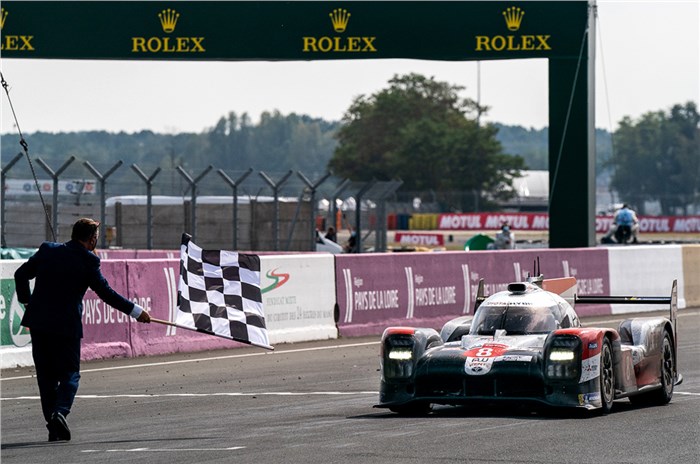 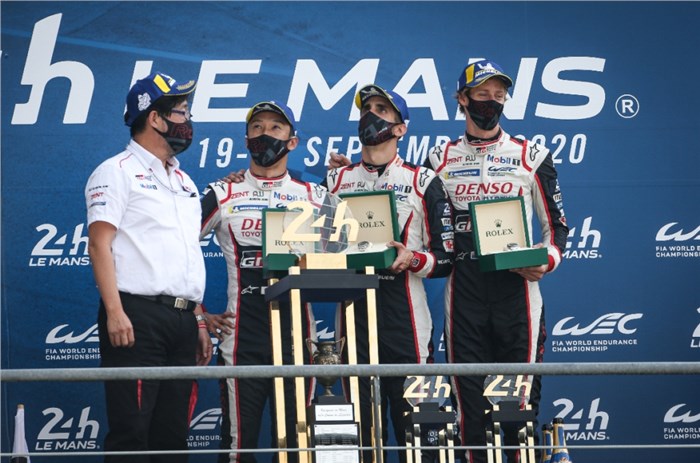 Toyota Gazoo Racing secured their third consecutive 24 Hours of Le Mans victory, with the No. 8 car piloted by Sebastien Buemi, Brendon Hartley and Kazuki Nakajima winning the 2020 edition of the event. With this, Toyota has successfully wrapped up the LMP1 World Endurance Championship, with one round still remaining in Bahrain.

COVID-19 forced the 24 Hours of Le Mans to be postponed this year. The event is already considered one of the most demanding tests of endurance and the September slot only made things more challenging for all the drivers, since they had to tackle more hours of night-time racing.

With Audi and Porsche pulling out of LMP1, Toyota was always expected to dominate this year’s event. But it wasn’t all smooth sailing for the team at Le Mans.

The No. 7 crew of Kamui Kobayashi, Mike Conway and Jose Maria Lopez – which started from pole – held on to the lead in the opening stages. With the sister No. 8 Toyota needing a brake change, the No. 7 car was leading the race by a lap. However, an issue with the exhaust manifold meant that they lost 30 minutes in the garage as the team replaced the car’s turbo. This dropped them to fourth place, while handing the No. 8 car the lead.

Buemi, Hartley and Nakajima were further helped by the fact that both the Rebellion cars suffered their own issues. With the conditions remaining dry throughout, the No. 8 Toyota comfortably crossed the line to win the 2020 24 Hours of Le Mans – a fitting send-off for the TS050 Hybrid on what was its last outing at Le Mans, before the new hypercar category replaces LMP1 next year.

The No. 1 Rebellion of Bruno Senna, Norman Nato and Gustavo Menezes finished second, five laps behind the winning Toyota. Just when it seemed like Rebellion was going to bag a double podium finish, Louis Deletraz crashed the No. 3 car and had to pit for a new front end. The incident also handed the crew a 30sec time penalty, promoting the No. 7 Toyota to third place overall.

The No. 38 JOTA Sport Oreca of Antonio Felix da Costa, Anthony Davidson and Roberto Gonzalez remained on the winning car’s tail for much of the morning. But they were knocked out of winning contention when Davidson was forced to pit for fuel with just two laps to go.

With the No. 26 G-Drive Aurus Oreca suffering suspension damage in the closing stages, the No. 31 Panis Racing Oreca of Nico Jamin, Mathieu Vaxiviere and Julien Canal finished third in the category. 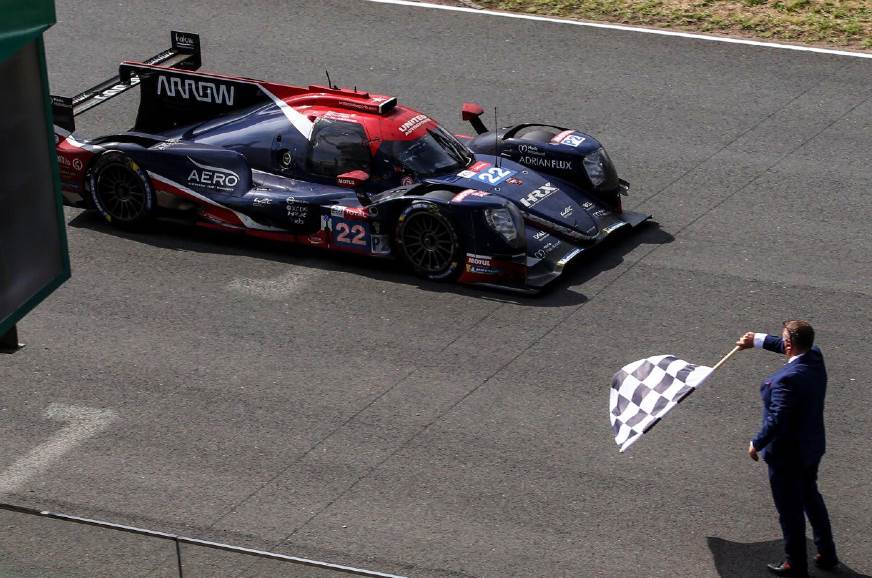 Ferrari and Aston Martin remained locked in a tight battle in the LMGTE Pro category. But the No. 97 Aston Martin Vantage AMR of Alex Lynn, Maxime Martin and Harry Tincknell gained the upper hand and took home the winner’s trophy. 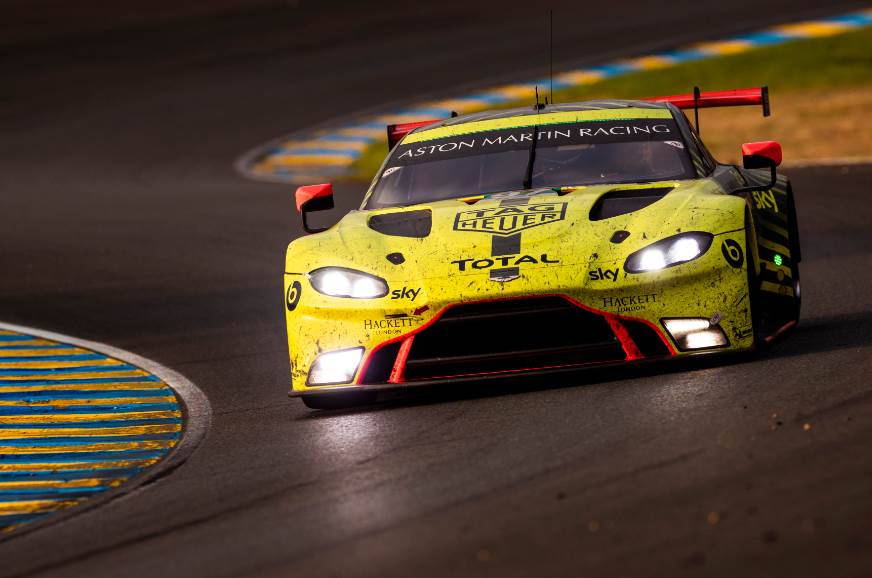 Topping off what had been a great day for Aston Martin, the marquee’s customer team TF Sport ended up winning in the LMGTE Am category.

The No.90 Vantage AMR of Salih Yoluc, Charlie Eastwood and Jonny Adam enjoyed a nearly flawless race and finished 49sec ahead of the No.77 Dempsey Proton Porsche of Christian Ried, Riccardo Pera and Matt Campbell. The No.83 AF Corse Ferrari 488 GTE EVO of Francois Perrodo, Emmanuel Collard and Nicklas Nielsen finished just 3sec behind. 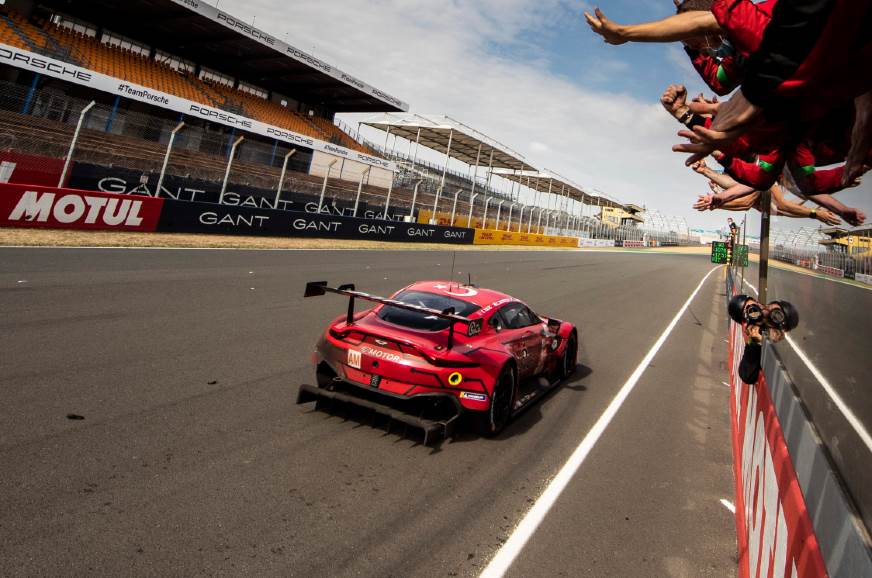