The COVID-19 pandemic has forced the iconic endurance race to be postponed – a move that will also impact the 2020/21 WEC calendar. 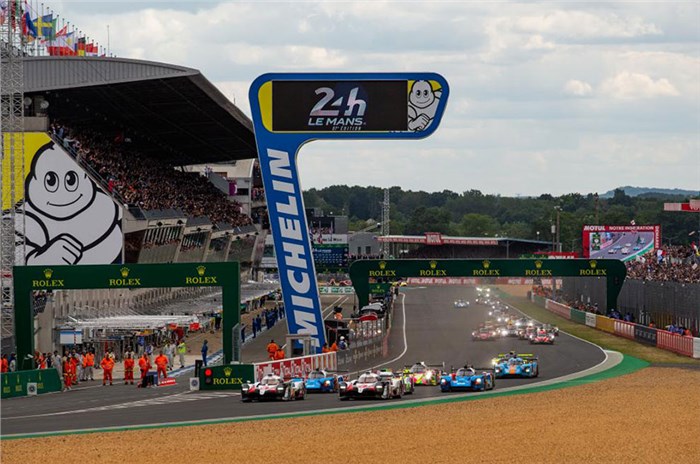 The 24 Hours of Le Mans is the latest motorsport event to be impacted by the global Coronavirus (COVID-19) pandemic, with the iconic endurance race now pushed forward to September 19-20. The World Endurance Championship (WEC) had already been forced to cancel the Sebring 1000 Miles and the 6 Hours of Spa-Francorchamps races leaving the season finale at Le Mans as the only remaining race on the 2019/20 calendar.

The 2020 edition of the 24 Hours of Le Mans was originally scheduled for June 13-14. However, the event’s organisers – the Automobile Club de l'Ouest – released a statement saying that a decision was made to postpone the race “as a result of the ongoing Coronavirus health situation and current restrictions in France and around the world”.

The 24 Hours of Le Mans is already considered one of the most demanding tests of endurance, and moving the race to a later date is only going to make things more challenging for all the drivers. The September slot will mean all the participants will now have to tackle more hours of night time racing.

Additionally, pushing the race ahead is also going to have a big impact on the 2020/21 calendar of the WEC. The season-opening 6 Hours of Silverstone was initially scheduled to be held in early September, followed by the 6 Hours of Monza just a month later. Series organisers have confirmed that the new calendar will indeed be rejigged with any revisions set to be confirmed in due course.

Pierre Fillon, President of the Automobile Club de l'Ouest added: “Postponing the 24 Hours of Le Mans from the original dates in June is now the most appropriate way forward in the current exceptional circumstances.

“The postponement of the 24 Hours of Le Mans means making changes to the WEC and ELMS calendars and we shall announce the new dates shortly. The safety and quality of our events will not be compromised.”