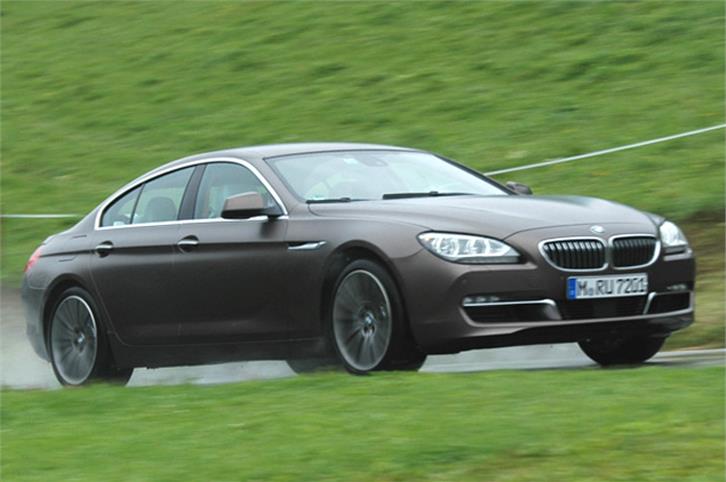 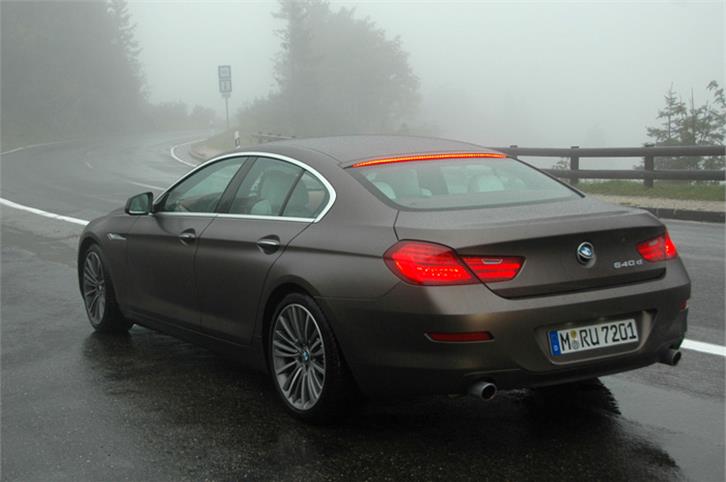 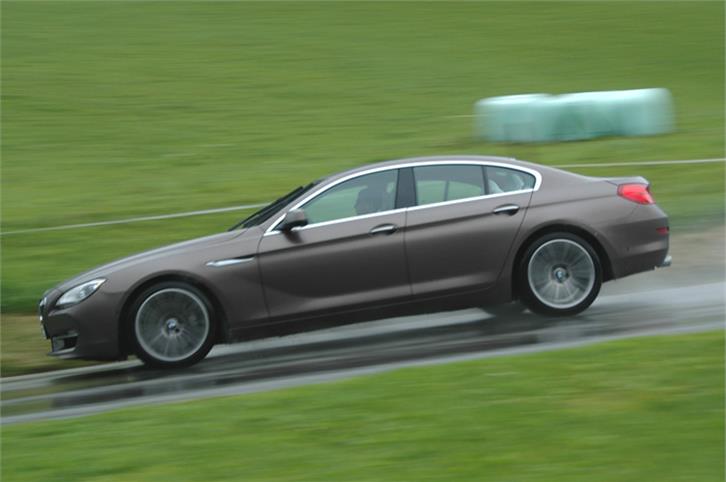 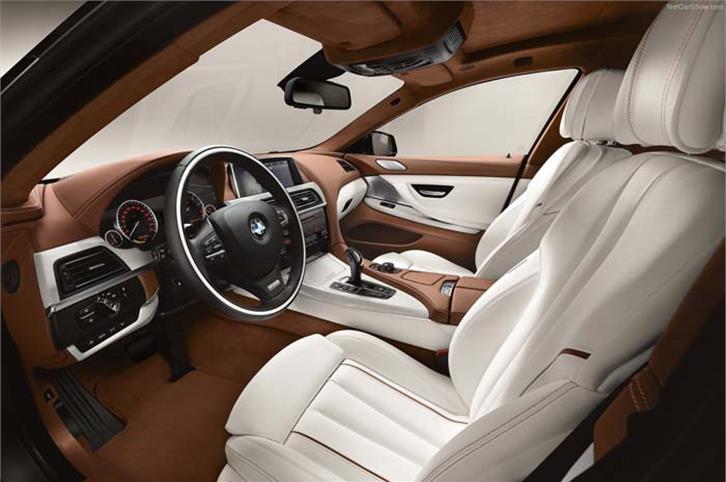 With stunning looks and able performance, the new 6-series Gran Coupé should give stiff competition to the Merc CLS and the Audi A7.

With the new 6-series Gran Coupé, BMW has got styling spot on. This one, in our eyes, is one of the best looking cars to come from Munich in the recent past. It is well-proportioned and elegant. At the rear, the sweeping C-pillar merges with the bootlid and ends in stylish tail-lamps. From nearly every angle, this car oozes oomph.

The Gran Coupé's wheelbase is 113mm longer than the coupé's, accommodating a pair of extra doors and allowing for more rear seat room. However, small door apertures and the trailing edge of the frameless window, which extends well out from the door itself make access to the rear troublesome. The foot-room in the rear is also poor and taller passengers may have their heads brushing against the roof lining. The seats themselves are fantastic – they are broad and their cushioning and support are hard to fault. The rear bench does have a centre seatbelt, but the high centre tunnel makes it an uncomfortable five-seater.

You’ll like the beautifully built interior and the quality of materials used. The driving position is just right. That said, the sweeping dashboard is a carryover from the 6-series coupé, and while this is no bad thing, we wish it had a bit more of its own identity.

Under the shapely bonnet sits BMW’s 3.0-litre, twin-turbo, six-cylinder diesel, powering the rear wheels. Making 313bhp and 64kgm of torque, the motor fits the Gran Coupé's sporting brief perfectly. There’s loads of low-end torque, tremendous mid-range grunt and plenty of top-end shove as well. Aiding this superb engine is the standard eight-speed, torque-converter automatic, which is so quick to react that it puts most twin-clutch autos to shame. The Gran Coupé will hit 100kph in a claimed 5.4 seconds and easily carry on to its top speed of 250kph.

The Gran Coupé’s greatest strength is its dynamics. The well-balanced chassis and neutral on-the-limit handling lets you push this saloon quite hard. The steering is well-weighted and precise and there's plenty of grip from the fat tyres as well.

While it’s sufficiently sporty to drive, the ride is pliant enough in Comfort mode. Although the wheels and run-flat tyres absorbed the precious few imperfections on Germany’s streets, we’ll be able to judge the ride better when the car hits Indian shores this month.

The 6-series Gran Coupé looks classy and handles brilliantly  and is priced at Rs 86.4 lakh. And from what we’ve seen and experienced, it should give the Mercedes-Benz CLS and the Audi A7 a run for the money.