The latest round of results will be the first to be released after India’s latest crash test norms took effect on October 1, 2019. 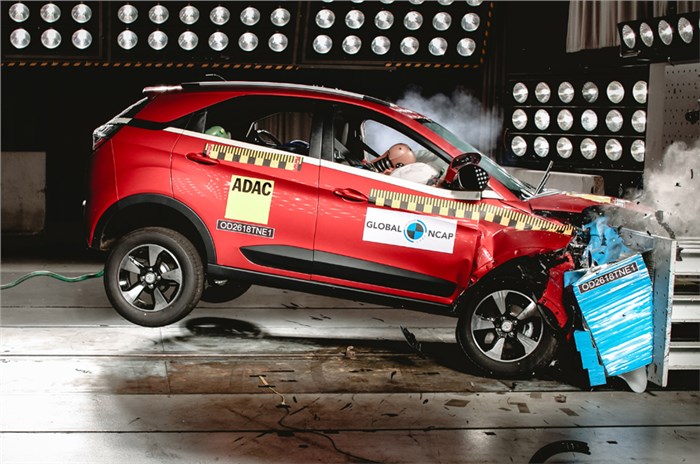 Global NCAP will reveal results of a new set of crash tests undertaken under its ‘Safer Cars for India’ campaign in the coming weeks. The announcement was made by the automotive safety rating organisation’s Secretary General, David Ward, who was speaking at a function to commemorate 40 years of the US-NCAP. The latest round of results will be the first to be released after India’s new crash test norms came into effect at the beginning of this month.

From October 1, 2019, all cars produced in India must meet certain minimum parameters on frontal offset impact and side impact tests. Cars launched after October 1, 2019 also need to comply with new pedestrian protection norms. The pedestrian norms will be applicable to all cars on sale in India on October 1, 2020.

Global NCAP’s Safer Cars for India campaign commenced in 2014 with the agency rating five India-made cars zero stars on crash safety. The results were an eye opener and did help bring the question of vehicular safety to the mainstream. It wouldn’t be wrong to say Global NCAP’s crash tests were also the catalyst for the Indian government to finally upgrade crash and safety requirements on cars. Since the first tests, India has adopted more stringent crash requirements, and also made ABS, a driver side airbag, reverse parking sensors, a speed warning system and front seatbelt reminders mandatory in cars. Autonomous emergency braking and electronic stability control are also set to become mandatory requirements in the years to come.

So far, Global NCAP has conducted over 30 crash tests on Indian cars, with the Tata Nexon being the only India-made model to receive a 5-star rating. The hope is more Indian cars will make the grade. Watch this space. 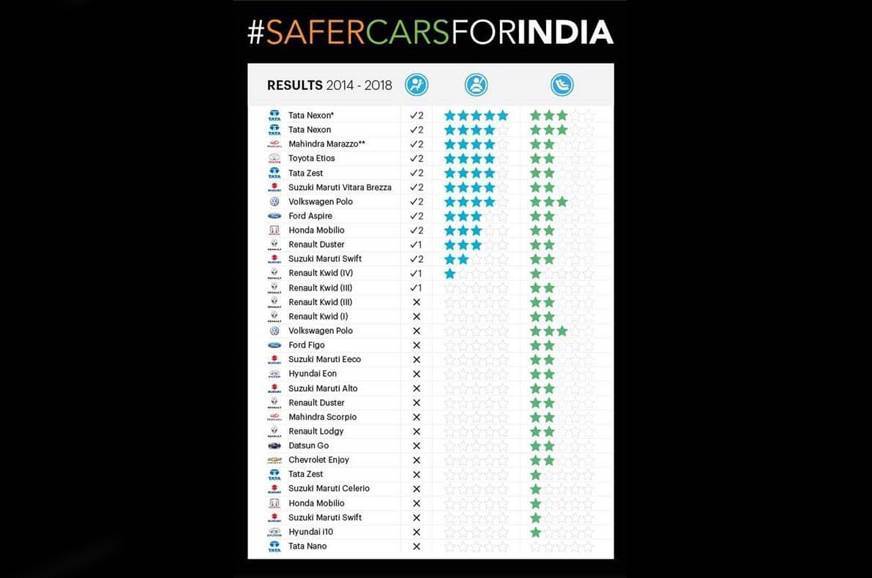 Which cars and SUVs do you think Global NCAP has crash tested? Let us know in the comments below.