Why Yamaha bizarrely suspended Vinales from the Austrian GP

Yamaha has suspended Vinales due to “irregular operation of the motorcycle”. 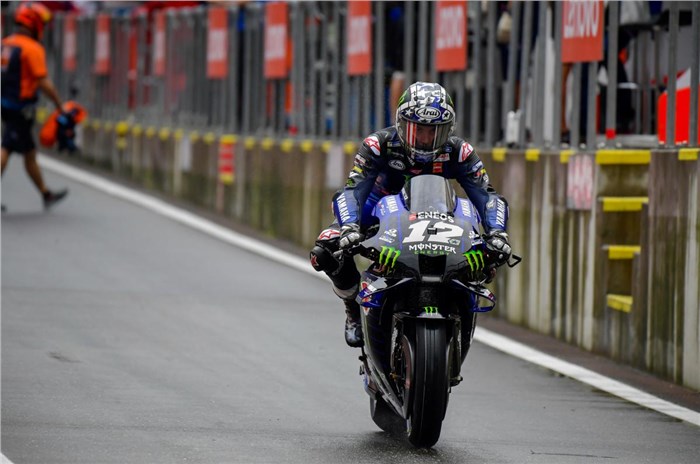 In a shock announcement, the factory Yamaha MotoGP team has announced it has suspended Maverick Vinales and withdrawn him from this weekend’s Austrian GP. The reason for this has been stated as “unexplained irregular operation of the motorcycle”.

Vinales retired from the Styrian GP after reporting a host of electronics issues on his YZR-M1 bike. After analysing the data, the team has now hinted that it believes he deliberately sabotaged the bike. As a result, Yamaha has decided to not only withdraw Vinales from this weekend’s race at the Red Bull Ring, but also suspend the Spanish rider.

The statement released by Yamaha explains, “Yamaha’s decision follows an in-depth analysis of telemetry and data over the last few days”.

“Yamaha’s conclusion is that the rider’s actions could have potentially caused damage to the engine of his YZR-M1 bike, which could have caused serious risks to the rider himself and possibly posed a danger to all other riders in the MotoGP race.”

Yamaha has confirmed that there won’t be any replacement for Vinales at the Austrian GP. As for future races, the team states that a decision will be made after a more detailed analysis of the situation and further discussions with Vinales.

Either way, it’s shaping up to be a bitter split between the two parties. After the Dutch MotoGP race, Yamaha had announced that it has released Vinales from his contract (originally due to expire at the end of 2022) upon the rider’s request.

While no concrete plans have been confirmed, he’s expected to switch to Aprilia next year.

MotoGP rider Maverick Vinales talks about his approach to racing, the YZR-M1 and more