With the RS17, Renault is aiming to bounce back from a dismal 2016 F1 season where it finished in ninth position. 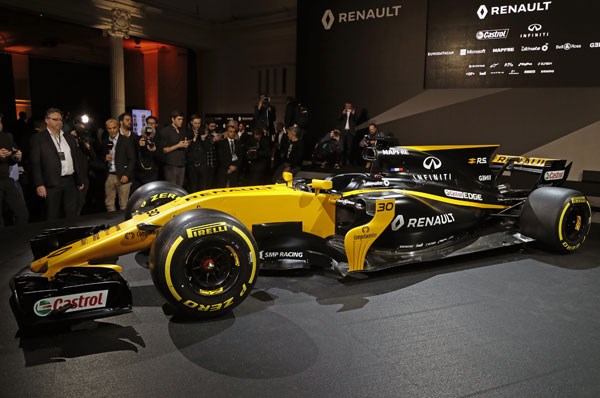 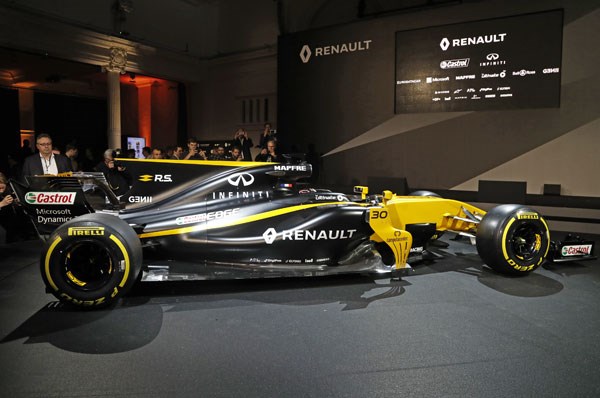 Renault has become the third Formula 1 team to reveal the car that it will use in the 2017 season.
Black has been added to Renault's traditional yellow livery, in the French manufacturer's second season back as a works team. The reshaped rear wing and the thumb-tip nose design of the RS17 are similar to that of the two 2017 cars seen so far, and it also sports the shark fin expected to feature on all cars this year.

It will be powered by the new RE17 engine, which is a departure from last year's power unit, having undergone a radical overhaul after Renault felt the old design had reached its maximum potential.

"The objectives is very simple, since we have for the first time a car that has been developed by us, we expect to be fifth in the championship," Renault Sport Racing president Jerome Stoll said.
"We have the team, the drivers, the partners and an organisation that is now managed under the leadership of Cyril (Abiteboul), and Bob Bell, so frankly I would say that we are hungry for the podium and hungry for success now."

Renault is aiming to bounce back from a dismal 2016 season where it finished in ninth position, having scored just eight points.

Its recent hires include former Red Bull man Pete Machin as its head of aerodynamics, and Ciaron Pilbeam from McLaren as chief race engineer.

Four-time world champion Alain Prost will also act as a special advisor in a new position.
Nico Hülkenberg joins the team from Force India to partner Jolyon Palmer, replacing Haas-bound Kevin Magnussen, while Sergey Sirotkin has been promoted to an enhanced third and reserve driver role.