C- and D-type Jaguars will race again at venues like Goodwood and the Nürburgring, first time since 1956 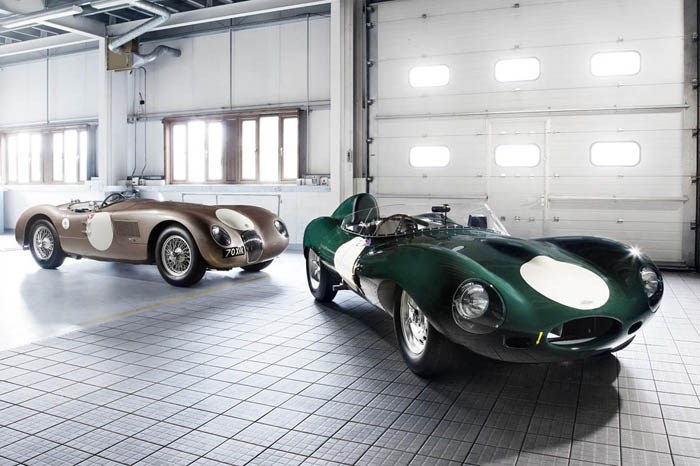 With Jaguar’s last active involvement in motorsport ending with the sale of the F1 team back in 2004, the British marque seems to be taking the first steps to revive its racing heritage by launching Jaguar Heritage Racing. This factory effort will see the brand return to competition, albeit limited to the historic motorsport arena at the moment.

For the first time since 1956, works C- and D-type Jaguars will race again at venues like Goodwood and the Nürburgring, while supporting numerous additional events like the Mille Miglia, the Pebble Beach Concoursd'Elegance, and each round of the E-type challenge in the UK.

Jaguar Global Brand Director, Adrian Hallmark said, "Jaguar is proud of its heritage, and it is a heritage that is both alive and ever evolving.

"Advanced engineering is part of our heritage – 2012 sees the 60th anniversary of Jaguar's development of the disc brake for automotive use, and ten years since the marque introduced aerospace-inspired aluminium monocoque technology to its modern range, technology today used on both the XJ and XK.

“Racing is very much part of our heritage also – which is why we have launched the Jaguar Heritage Racing programme that this year will see Jaguar C- and D-types in competitive action."

Jaguar Heritage Racing will make its debut at the 2012 Mille Miglia retrospective in May, with this year's running being particularly significant for Jaguar as it marks 60 years since Sir Stirling Moss and Norman Dewis (then Jaguar's chief development driver) took the start in the first disc-brake equipped C-type.

It will then be followed by the AVD Nürburgring Oldtimer Grand Prix in August and the Goodwood Revival – theundisputed jewel in the crown of the historic motor racing calendar, in September.

The Jaguar Heritage Racing programme will be operated and managed by an UK-based independent classics’ expert JD Classics which has been an established player in the historic motorsport world.

This may be the first steptowards a full-fledged factory return into motorsport being taken by the Tata-owned marque, most likely to compete in the LMP1 prototype class at Le Mans.