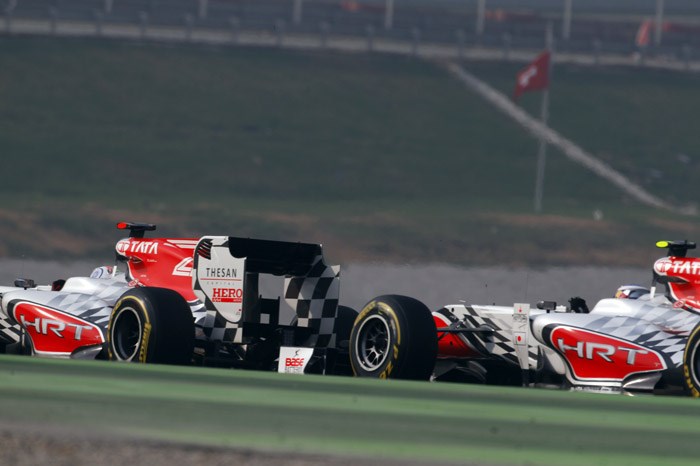 The Spanish squad has announced that it has extended its technical deal with Williams for the supply of gearboxes with KERS being included in the package as well.

The HRT team has announced it has extended its technical deal with Williams for the supply of gearboxes until the end of the 2012 season.

The Spanish squad said the new deal provides for a greater technical collaboration "that will contribute to improving the performance level."

Williams will also supply HRT with KERS and its related technology for the first time next year.

"In these past two years we have established a fruitful collaboration with Williams F1 and are pleased to continue having them play an important role in the development of our team," said HRT team principal Colin Kolles.

"Apart from the experience we have accumulated in these years together, they will not only provide us with the latest technology in gearboxes but we will also reap the benefits of having KERS for next year, this being an important step for our team.

"We have grown as a team with Williams F1's support and we are pleased to continue counting on them in the future, given their trajectory, prestige and renowned experience in Formula 1. This agreement strengthens the development of the 2012 car that is currently taking place at our technical office in Munich.

"At HRT we are working on thoroughly improving the performance of our cars and our target is still to finish in the top ten in 2012. This deal brings us one step closer to that objective."

HRT and Williams first joined forces at the end of the 2010, with the British squad having supplied its gearboxes to HRT this season.

Williams F1 CEO Alex Burns added: "I am delighted that we are extending our agreement with HRT, in both its scope and duration. We have enjoyed a good working relationship with HRT in 2011 and look forward to continuing this in 2012 and beyond.

"The fact that they have selected Williams F1's gearbox and KERS technology for their car is a credit to all of the Williams F1 people involved in our cost-effective engineering and manufacturing in these areas."