Grosjean to race with Renault in 2012 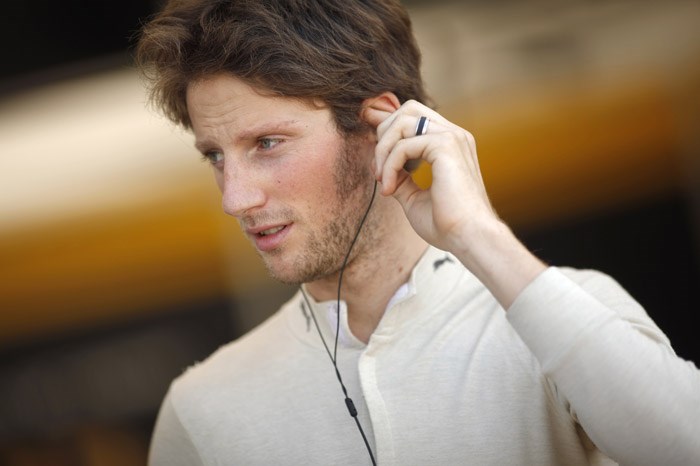 RomainGrosjean will make a Formula 1 comeback next season after Renault opted to hand the Frenchman a seat alongside KimiRaikkonen in 2012.

Following intense speculation over the past couple of weeks about the second seat at Renault, the Enstone-based outfit announced early on Friday that Grosjean will replace VitalyPetrov.

The news, which comes on the back of the soon-to-be-renamed Lotus team causing a stir by signing Raikkonen, also ensures that the outfit keeps hold of major oil and petrol sponsor Total.

"I am thrilled to be one of the team's race drivers in 2012," Grosjean said. "There's a big grin on my face at the prospect of getting behind the wheel of next year's car, and I feel very privileged to be given this opportunity.

"To be racing alongside a former world champion and someone who is hungry and returning to Formula 1 will be a great experience, and I'm sure will help raise my level of performance too. I feel that my successful season in GP2 Series has helped me mature a lot, and I am a much more complete driver than I was last time I was competing in this sport.

"Returning to Enstone as a race driver feels like coming home. I will not disappoint and I wish to thank all the people without whom this return to F1 would not have been possible. Total, which supports me since 2006, and Gravity Sport Management, are first on this list."

Renault owner Gerard Lopez added: "Only last week I reiterated that the team is at the start of a brand new cycle.

"Announcing Romain as our race driver alongside Kimi is great news and will help us achieve our aims of getting back to the very top. The announcements we made today and last week are exciting ones for our team and there is a real buzz surrounding us now."

Grosjean's return to F1 comes at the expense of Petrov, whose future at the team had been in doubt ever since he launched an amazing outburst against the outfit after the Abu Dhabi Grand Prix.

The Russian had been given several days to decide what he wanted to do with his future, but in the end Renault announced that it was handing Grosjean the place.

The news also means that Bruno Senna, who has raced for Renault since the Belgian Grand Prix, must find an alternative drive in 2012 if he wants to continue in F1.

Team principal Eric Boullier, who has pushed hard for Grosjean to be given another F1 chance, is confident the GP2 Series champion will do a good job next year - as he also wished Petrov and Senna good luck.

"We were impressed when he drove for us in the first practice sessions in Abu Dhabi and Brazil," he said. "We are confident that drafting him in to one of our driver's seats will help us in our rebuilding process. I would like to thank VitalyPetrov and Bruno Senna for their contribution to the team's performance this year and I wish them all the best for the future."