The team is considering changing its name in order to give it a more international flavour. 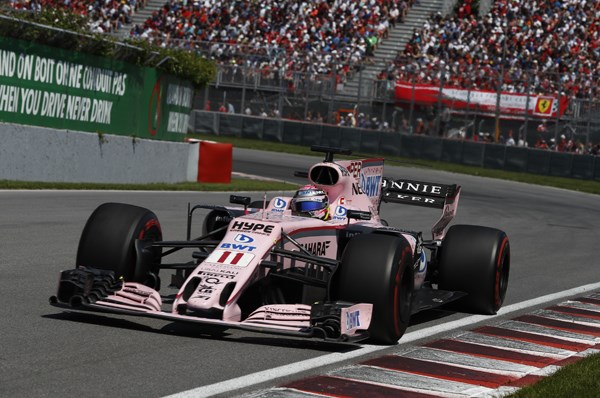 Force India boss Vijay Mallya has revealed that the team is considering changing its name in a bid to attract potential new sponsors. Mallya bought the outfit that was previously known as Jordan, Midland and Spyker and rebranded it Force India in 2008, aiming to bring Indian sponsors and a driver from the nation into Formula 1.

Force India has progressed up the field, finishing a career-best fourth in the constructors' championship last year and currently holds that position after seven races in 2017. But, while it has delivered impressive performances and added sponsors, such as water technology specialist BWT this season, the team has not had much success in bringing Indian companies on board.

"There is a growing feeling that maybe since we are a much-improved team in terms of performance and attracting more international sponsors, and sadly less Indian sponsors, there is a debate as to why the name should not be changed to give it a more international flavour," said Mallya. "There are some people who believe the current name Force India is restrictive psychologically."

He added, "I'm considering, along with the other shareholders, what steps to take but it's a major decision and one that is not going to be taken in a hurry without due consideration. More importantly, we have to look at the way the F1 scenario is unfolding under Liberty ownership. If they follow the NFL model, then, of course, the name becomes even more important because it's a franchise model where the focus is on the name. But the current pattern may continue. These are all issues I'll consider with the other shareholders before arriving at any final conclusion."

This is not the first time Force India has considered a name change, coming close to rebranding itself as Aston Martin Racing for 2016, only for the deal to collapse at the final hurdle.

Mallya said that there was a "proposal on the table" from a sponsor regarding the name change while adding that the team was in "negotiations for some additional sponsorships as well".