F1 veteran Pedro de la Rosa will return to a racing seat with HRT F1 team for the 2012 season. 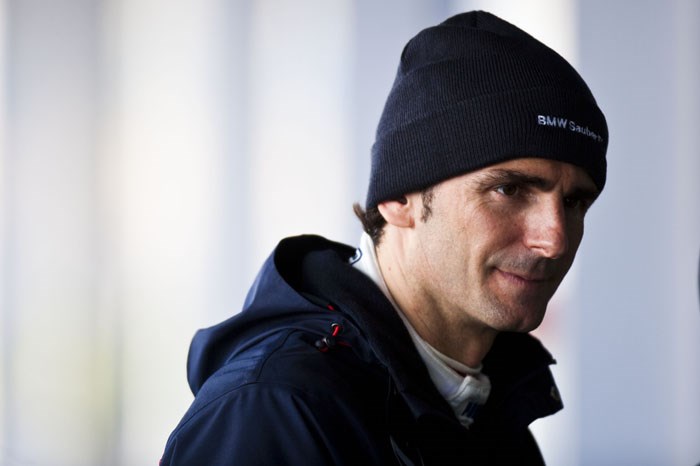 Pedro de la Rosa will return to Formula 1 racing with HRT next season after signing a two-year deal with the squad.

The 40-year-old Spaniard is currently a reserve driver for McLaren, but said he was determined to return to racing.

"This is a very important step in my sporting career and one of the most meditated ones I've taken," said de la Rosa. "I'm at a very good stage in terms of maturity and am prepared to take on this challenge, which motivates me hugely.

"When deciding on joining this project, for me there were three decisive factors: my desire to return to active competition, the fact that HRT is a Spanish team and getting to know the people leading this project, Luis Perez-Sala being amongst them."

He acknowledged that he faced a major challenge taking the team forward from its current back of the grid position.

"I'm here to work hard, with modesty and humility, accepting where we are now but keeping in mind where we want to be in two years' time," de la Rosa said.

"For me, this is the time to put into practice everything that I have learnt over the years at international top level racing teams so that we can grow together.

"I am proud that Spain has an F1 team and that I have this opportunity to be its driver. I can only show my gratitude towards HRT for having trusted in me for this.

"Lastly, I can't forget to thank McLaren for allowing me to take this step. I have been very happy over the eight seasons I spent with them, growing as a driver and person. Without them I wouldn't be here today."

"The team's objective has always been to reinforce itself in every aspect: economically, technically and in a sporting aspect," said Kolles.

"Without a doubt, the addition of Pedro de la Rosa for next year will be a fundamental foundation in the development of our project.

"We are a young team that needs to continue progressing and with this incorporation I am convinced that we will do just that.

"Apart from being a great person he is an experienced driver as his career and prestige in Formula 1 prove. I give him my most sincere welcome. I am sure that he will adapt perfectly and that together we will achieve great things."

De la Rosa has competed in 88 grands prix during an F1 career that began with Arrows in 1999. After a stint with Jaguar, he became a McLaren test driver from 2003 to '09, making several stand-in race appearances during that time - including a half-season in '06 after Juan Pablo Montoya's departure.

With the testing ban limited his mileage opportunities in recent years, he returned to racing with Sauber in 2010 but was dropped before the end of the season. He tested for Pirelli for a spell before resuming his old McLaren role, also fitting in a one-off race for Sauber in Montreal this year when he was loaned to the team following Sergio Perez's Monaco injury.