BMW will supply the powertrains, with Andretti Autosport running its works entry 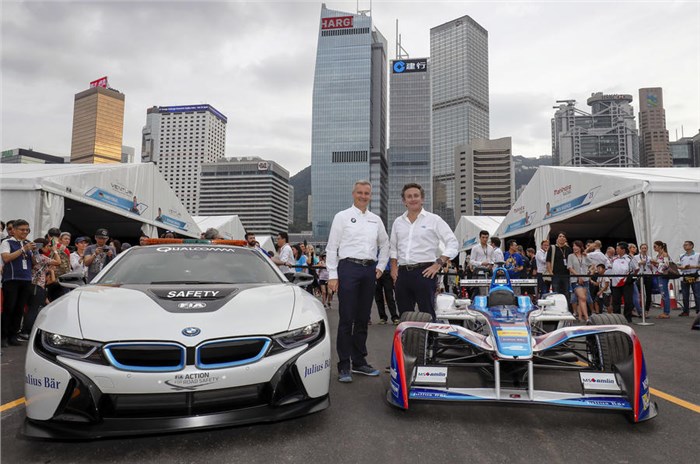 BMW has confirmed that it will enter the all-electric Formula E championship as a full factory manufacturer from the 2018/19 season in partnership with Andretti Autosport.

Unlike rival Audi, which has bought the ABT Sportsline squad, BMW’s works entry will be run by the Andretti Autosport team, with the German firm supplying powertrains.

BMW has already been working with Andretti since early 2016 and the team’s driver line-up has included BMW-backed racer António Félix da Costa. The German firm was accepted as a powertrain provider for the 2018/19 season onwards by FIA in March 2017.

“This project is driven by technology,” said Fröhlich. “We are using Formula E as a development laboratory, operating under the unique conditions that prevail in motor racing. The borders between production and motor racing development are more blurred at BMW Motorsport than in any other project. The result is a technology transfer on a whole new level.”