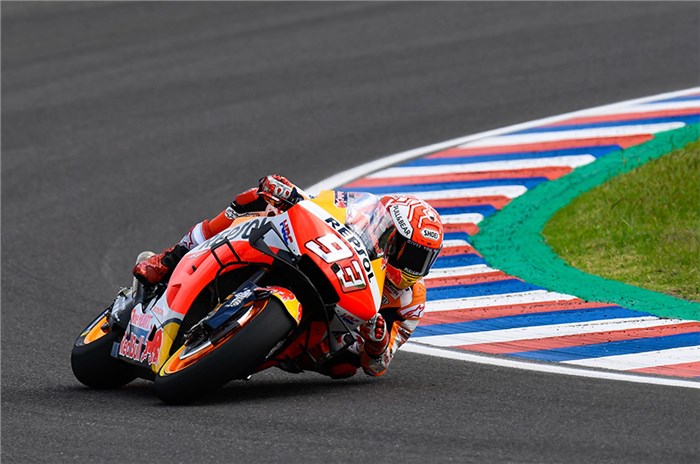 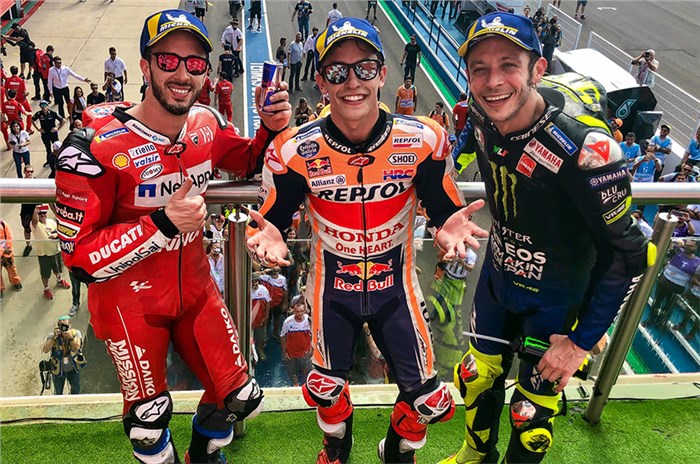 In 2018, the Autódromo Termas de Río Hondo track in Argentina played host to a scintillating battle between Valentino Rossi and Marc Márquez. The Spaniard had to fight his way back to the front of the grid owing to a ride-through penalty; and an incident with Rossi led to another 30sec penalty that resulted in an 18th place finish for Márquez. This year, however, was a completely different story for both riders, with Márquez dominating the 2019 Argentina GP. Márquez finished over 9.8sec ahead of Rossi, who secured 2nd place after a tussle with Ducati’s Andrea Dovizioso.

Starting on pole, Márquez made a near-perfect start and immediately built a lead. In latter stages of the race, this advantage stretched to over 12sec. His factory Honda teammate, Jorge Lorenzo, on the other hand, fell back to as far as 19th place before regaining places to finish in 17th place – the same position he started in.

With Márquez well ahead of the rest of the pack throughout the race, the battle for 2nd place saw the most action. Fresh from his Qatar GP win, Dovizioso spent most of the time fighting Rossi for 2nd place and had as many as five other riders chasing after them. One of them was Suzuki’s Alex Rins, who started in 16th place and put in a strong performance to finish 5th. His teammate Joan Mir had to retire from the race with just four laps to go.

Rossi's teammate Maverick Vinales looked set to take 7th place before being taken out by the Petronas SRT Yamaha of Franco Morbidelli on the last lap at Turn 7. With the incident taking both riders out of contention, factory Ducati rider Danilo Petrucci was promoted to 6th place.

Cal Crutchlow stood a chance to be part of the podium fight but was handed a ride-through penalty after jumping the start, and he could only recover to finish down in 13th. Johann Zarco finished 15th for the second race in a row while Aprilia rider Andrea Iannone was last to finish, at 17th. It was a day to forget for Avintia Ducati with both Tito Rabat and Karel Abraham crashing out.

After Argentina, Márquez sits at the top of the championship with 45 points, 4 points ahead of Dovizioso. 3rd in the championship is Valentino Rossi, with 31 points. The next race is set to take place on April 14, at the Circuit of the Americas, in Austin, Texas.