In conversation with Peter Schreyer, President and Design Head, Hyundai

Peter Schreyer discusses how design can be a big differentiator for Kia in India and about developing models specifically for Indian market. 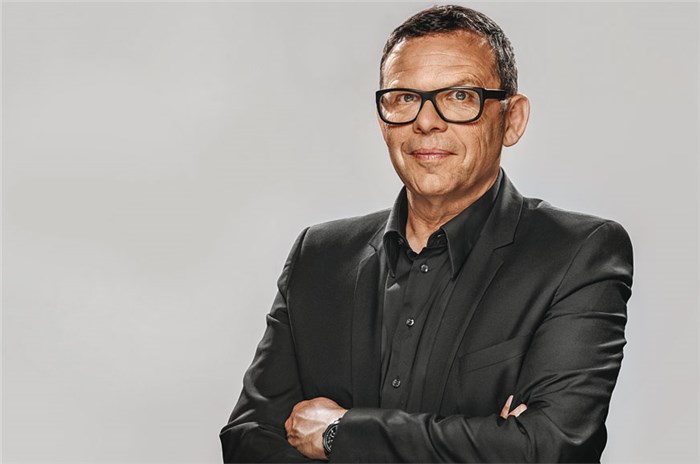 You have been instrumental in transforming the Kia brand. How important is design in building a brand?
Design is one of the important brand-shaping tools. When I first started, Kia cars were very neutral; you didn’t really recognise them on the street. So I tried to implement a kind of continuity and a consistency in design language to give the cars an identity so that they were recognised globally. It’s very important that the cars and the brand have an identity.

For instance, the ‘tiger nose’ was a very important aspect designed to make sure that it’s identifiable as a Kia. The first car that had it was the Kee concept, and since then, we have implemented it across the model range. But I don’t want to fall into a trap where all the cars look identical, so we’re now at a point where we have to develop it further. It’s very important to make different variations for different types of cars and have further refinement in order to be ready for the future.

Where do you look for design influences? Do you look outside the automotive industry?
I think it is very important for us designers to not only look at cars but also other things such as art, furniture, industrial design, music. I like jazz and rock a lot, and jazz musicians have to improvise constantly, and this is what we have to do as designers. Basically, we have to invent something new constantly – that’s very important – and the challenge in doing that is what makes this job so interesting.

How are you going to approach the Indian market? Will you look at developing new models or will you adapt existing models in your line-up?
We have products in our line-up that will suit the Indian market very well. It helps a lot if the brand is strong and has a good reputation. We have already started work on some products that have a special perspective or a special focus on the Indian market. They might be specially designed for the market, but will probably be used in other emerging markets as well because we need the scale.

What unique characteristics of the Indian market have you observed? Do you think designing sub-four-metre cars is a nightmare?
Yes, I think it is a challenge, but I wouldn’t call it a nightmare. It’s always challenging if you have certain boundaries to maintain, but it also makes the job interesting. India is such a big country with a very unique and a very special culture. I understand that while it’s mainly focused on smaller cars, people still need a lot of space because very often there are four or five people in a car. So all that needs to be recognised and we have to take care of that.

Kia will be launching a slew of SUVs in India. How important is this segment?
I think SUVs are an important segment, especially small SUVs. They provide a high seating position and ability to negotiate rough roads which are common in India. We’ve recently introduced the Stonic, a unique car with a lot of character, in Europe and Korea, and I think it could fit very well here. We can also sometimes think of a balance between some cars that are more practical and some that are more on the sporty side because there are a variety of customers with different demands and I think we should be able to cater to all of them. We are working on a very wide range of possibilities including compact SUVs.

How do you ensure different brand identities for Kia and Hyundai?
We recently drew up a design manifesto internally, which focuses on the differentiation between the two brands, Kia and Hyundai. Kia is a youthful challenger brand; very unique and sporty, while Hyundai is more elegant and charismatic. Hence, both have very different characters. It’s important to establish brand values of a certain brand before you get into the design. A company needs to decide on a philosophy and then leave it to the designers. I don’t see a point in taking two constrained directions by saying that, for instance, a particular company can only make sharp edges and the other one can only make round edges, and one should have vertical headlamps and the other only horizontal headlamps. If that happens, you are restricted and there’s no chance to break out.

Is the Indian market a challenge because it is so cost-sensitive?
That is something we have to deal with but I want to design cars in a way that they don’t look cheap. Additionally, the amount of time people are spending in their cars has grown. So it is very important to focus on the interior as well, and therefore, I think the extra investment into the interior helps a lot.

There’s a rapid move towards replacing buttons with touchscreens. Will this trend be visible in mainstream cars as well? Also, how can driver distraction be avoided?
Smartphones indeed are a big influencer in the shift to touchscreens. But sometimes I feel there’s almost no point in making any display in the car because you have it in the smartphone anyway. I would still prefer an analogue switch to adjust the cabin temperature or volume rather than a big touchscreen because I know where the button is and don’t even need to look while driving. The solution to avoid driver distraction is having the right combination of both.