PV sales 69 percent higher than last month and just one percent down on July 2019’s figures. 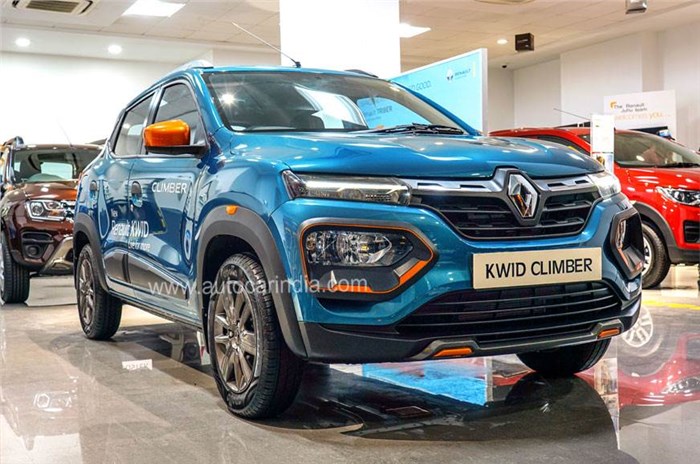 Passenger vehicle (PV) sales numbers for the month of July 2020 are out, and the Indian auto industry seems to have made a strong recovery with the lockdown being lifted in a phased manner. Car sales showed a marked improvement on the previous month and are almost back to the same levels as a year ago.

Mass-market carmakers in the country registered sales of 1,97,523 units last month, which is just one percent short of July 2019’s numbers and also a substantial 69 percent increase over June 2020’s figures of 1,16,969 units. Though only some manufacturers registered a year-on-year (YoY) growth, all companies managed to improve their performance on a month-on-month (MoM) basis.

An increasing need for personal mobility is expected to have been one of the contributing factors for the sharp recovery. While sales last year were already under pressure due to a wider economic downturn, the faster-than-expected return to normal in July 2020 signifies a reduction in the impact of the pandemic on the automotive market.

Maruti Suzuki logged in domestic sales of 97,768 units. The strong results came on the back of a considerable 49 percent jump in the supply of entry-level hatchbacks like the Alto and S-Presso as well as 26 percent increase in utility vehicle (UV) sales. The carmaker’s other PV segments recorded a decline, however. The country’s largest automaker is now gearing up for the S-Cross petrol launch on August 5.

With 38,200 domestic sales, Hyundai has managed to recover most of its momentum from last year by reporting just a 2.1 percent YoY drop. The company says that the Venue, 2020 Verna, Elite i20 and Grand i10 Nios have fuelled the comeback, though it is the new Creta which is leading the charge. The SUV has gone home to more than 20,000 customers and already has an order bank of over 55,000 bookings. Notably, it was the best-selling and second-best-selling vehicle in India in May and June 2020, respectively.

Tata shipped 15,000 units in July 2020, which translates into a strong 43.1 percent YoY increase. The company’s strong performance is helped by its thoroughly refreshed product line-up. 2020 has seen Tata Motors launch the all-new Altroz and Nexon EV, in addition to introducing significant updates to the regular Nexon, as well as the Harrier, Tiago and Tigor.

Though Mahindra’s domestic vehicle sales of 11,025 units were 34.5 percent down on last year’s numbers, they still highlight a substantive gain over the 8,075 units that the carmaker sold a month before. Veejay Nakra, the company’s CEO for the Automotive Division, commented that the auto major has experienced a revival in demand primarily in rural and semi-urban areas. Mahindra has also recently introduced new car finance schemes and an online sales platform to boost demand.

The Kia Seltos and Carnival registered combined sales 8,502 units in July – an 18.1 percent improvement over the previous month. Kia recently reported crossing the one lakh unit sales milestone in India, just 11 months after the brand’s debut, and is now gearing up for the world premiere of the Kia Sonet on August 7.

French automaker Renault recorded the biggest YoY jump (75.5 percent) amongst all its rivals, albeit from a smaller base, with sales of 6,422 units in July 2020. The 7-seat Triber, which was launched in August 2019, has found considerable success and helped bolster the company’s numbers. Renault claims that the recently introduced Triber AMT has also been well received.

Sales of 5,386 units helped Toyota improve upon its June 2020 results (3,866 units), but the company fell short of last year’s numbers by 48.3 percent. According to the brand’s senior vice president for Sales and Service, Naveen Soni, sporadic lockdowns throughout the country in July affected the company’s business. Moving forward, Toyota hopes for a strong recovery with the festive season launch of the Urban Cruiser compact SUV.

Following closely on the heels of Toyota, Honda put out a similar performance in July 2020 with 5,383 domestic sales (down 47.5 percent YoY). Notably, the figure marks a sharp 285 percent recovery over the previous month, which saw just 1,398 sales. July was an action-packed month for Honda as it not only saw the return of the Civic diesel and WR-V in BS6 form, but also the launch of the new Honda City. The models are expected to add much firepower to the Japanese automaker’s line-up in the coming months.

MG has pegged last month’s sales at 2,105 units, which translates into a significant YoY gain of 39.6 percent, albeit on a lower base. The company reports that consistent component supplies continue to be a challenge, with regional lockdowns being reinstated in certain places. What MG hopes will give it a sales fillip is the recently introduced 6-seat MG Hector Plus which, with individual captain seats in the middle row, puts a greater focus on back seat comfort than the standard model.

Volkswagen continued to face headwinds with a 25.1 percent YoY decline in sales, though monthly performance did pick up. With BS6 norms in place, the company has a largely refreshed line-up in the form of the Polo and Vento 1.0 TSI, T-Roc and the Tiguan Allspace. We could also see the re-introduction of the Passat with a petrol engine later this year.

July 2020 saw the Czech automaker’s sales drop to 922 units, slightly below figures from the previous year. Skoda reported a strong demand for the entry-level Rapid Rider that spurred the company to introduce a better-equipped derivative called the Rapid Rider Plus, priced at Rs 7.99 lakh (ex-showroom, India), shortly after.

With model lines like the Micra and Sunny discontinued in the wake of BS6, sales plunged almost 40 percent YoY to merely 784 units in July. The Japanese automaker’s portfolio currently includes only the Nissan Kicks, along with the Redigo, Go and Go+ that are retailed under the Datsun sub-brand for now. Though the company was initially gunning for an August timeframe, the launch of its Nissan Magnite compact SUV has been pushed back to January 2021 due to the pandemic.

Increased competition in the mid-size SUV class has taken a toll on the Compass, which is positioned towards the higher end of the segment. Jeep managed to shift just 400 units last month, but the company has bold plans for the near future. It recently introduced the special edition Compass Night Eagle at Rs 20.14 lakh (ex-showroom, Mumbai) and it will launch the Compass facelift early next year, in addition to a new three-row SUV.

Though the passenger vehicle market made a strong comeback in July 2020 after a difficult few months, only time will tell if it is able to hold on to that momentum.