June 2020 was the first full month of sales after the lockdown; sales recovery sharper than expected. 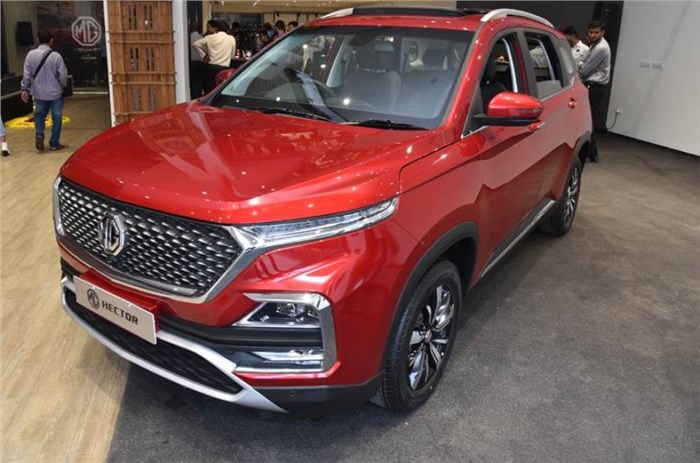 After a washed-out April and a truncated May, June 2020 saw car companies and their dealers function, in different states of readiness, for the entire month. It seems that positivity is back and the June numbers show marked improvement over May.

Looking at the passenger vehicle (PV) segment, total sales across 13 automakers in June (as per industry and company figures) add up to 1,16,969 units; down 54 percent year-on-year (YoY) compared to June 2019’s 2,25,507 units. While this decline remains a sharp one, it looks good when seen in the light of the 218 percent month-on-month (MoM) growth over May’s meagre 36,697 units, admittedly on a very low base.

Let’s take a look at some manufacturer-wise sales numbers for June 2020:

Passenger vehicle market leader Maruti Suzuki India has reported improved numbers in June compared to May. It has posted total sales of 51,274 units in the domestic market in June 2020. On a year-on-year basis, the June sales numbers are down 54 percent compared to June 2019’s 1,11,014 units. Maruti Suzuki also supplied 839 units to Toyota Kirloskar Motor (other OEM); Maruti supplies the Baleno-based Toyota Glanza and had announced in May that it would begin supplying the Urban Cruiser;Toyota’s Maruti Suzuki Vitara Brezza-based compact SUV will arrive in August. In addition, the company exported 4,289 units in June 2020.

Hyundai Motor India, India’s second-largest carmaker by sales volume, registered total domestic sales of 21,320 units; a 49 percent YoY reduction over June 2019, when it had clocked sales of 41,982 units. However, just like Maruti Suzuki, the Korean carmaker was also able to improve its performance significantly over the month of May, when its wholesales had dropped to a dismal 6,883 units in the domestic market.

Japanese carmaker Toyota Kirloskar Motor sold 3,866 units in June, registering a notable 63 percent YoY de-growth compared to the 10,603 units sold in June 2019. Over May 2020, however, the company was able to record a notable uptick when its sales were truncated to 1,641 units due to the lockdown.

Tata Motors announced its Q1 FY2021 numbers today and in its passenger vehicle business, the company has clocked total domestic sales of 14,571 units, a 61 percent drop compared to the volumes in Q1 FY2020. As per industry sources*, June sales were 11,419 units, down 29.6 percent YoY.

Japanese carmaker Honda Cars India registered cumulative domestic sales of 1,398 units last month, a decrease of 86.4 percent compared to June last year. But the performance is slightly improved compared to May, when the company could only dispatch 375 units to its dealers. This was because its manufacturing facility in Greater Noida, Uttar Pradesh couldn't resume operations as it was in a containment zone. However, the plant is now humming and the company is all set to introduce its key model for India - the fifth-generation Honda City sedan, which is produced at the Greater Noida facility.

So, while the challenges of the pandemic continue to be there even as the country engages itself in Unlock 2.0 to gradually revive the economy, true revival of the automotive industry seems to be a humongous challenge in the short-term.

While demand is expected to slowly pick up as people opt to buy cars to ensure safer means of personal mobility, the pace of growth of new cars is still unpredictable and industry experts believe that a good monsoon and the festive season are the only hopes that lie ahead. Whatever be the case, the COVID-19 pandemic has given a tough jolt to the already ailing sector, which supports millions of jobs. Are the government and the powers that be listening? Bring out the vehicle scrappage policy and reduce GST – that is the need of the hour for Indian auto industry.